You can now be fined or prosecuted for bringing a Samsung Note 7 on a plane.

I have a Samsung Note 3 (picture for reference), and I'm worried that my phone will be confused for a Note 7 when going through an airport/on a plane: 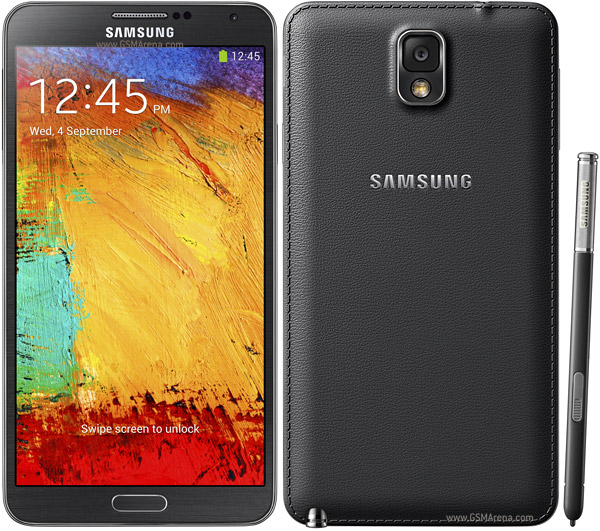 If questioned about my phone how can I prove that it is not a Note 7?

(The only indications I can find it is a Note 3 is the logo at phone startup and a label on the phone battery. The 'About Phone' settings on Android do not specifically label the phone as 'Note 3'.)

Or will they already have considered this, and security/attendants be able to differentiate the phones?

Short answer, be prepared to restart your device to show it's a Note 3 if that's all you can do.

Very soon (maybe already, maybe Monday) expect the airlines and FAA to publish directives for flight crews to identify and handle these devices. The instructions to identify a Galaxy Note 7 should be fairly specific by unique physical characteristics or software identification.

I would expect cabin crews to quickly familiarize themselves with the look of a Galaxy Note 7 if they aren't already.

If the airlines are particularly cautious, you may even see checks at the gate or terminal entrance, such as on the belt scanner where the devices would be visible anyway. TSA might already be in the loop on this.

From the DOT Release:

What air travelers should know   If passengers attempt to travel by air with their Samsung Galaxy Note7 devices, the phones may be confiscated and passengers may face fines.

Passengers who attempt to evade the ban by packing their phone in checked luggage are increasing the risk of a catastrophic incident.  Anyone violating the ban may be subject to criminal prosecution in addition to fines.

Passengers currently traveling with Samsung Galaxy Note7 phones should contact Samsung or their wireless carrier immediately to obtain information about how to return their phones and arrange for a refund or a replacement phone. Samsung has provided guidance for customers about refund and replacement options, as well as how to contact wireless carriers, at http://www.samsung.com/us/note7recall/ [external link]. Samsung is also answering customers’ questions at 1-844-365-6197.

If an airline representative observes that a passenger is in possession of a Samsung Note7 device prior to boarding an aircraft, the air carrier must deny boarding to the passenger unless and until the passenger divests themselves and their carry-on and checked baggage of the Samsung Galaxy Note7 device. Passengers absolutely should not pack the phones in their checked luggage.

If a flight crew member identifies that a passenger is in possession of a Samsung Galaxy Note7 device while the aircraft is in flight, the crew member must instruct the passenger to power off the device, not use or charge the device while aboard the aircraft, protect the device from accidental activation, including disabling any features that may turn on the device, such as alarm clocks, and keep the device on their person and not in the overhead compartment, seat back pocket, nor in any carry-on baggage, for the duration of the flight.

The Samsung Galaxy Note7 device is considered a forbidden hazardous material under the Federal Hazardous Material Regulations (HMR; 49 CFR Parts 171-185), which forbid airline passengers or crew from traveling with lithium cells or batteries or portable electronic devices that are likely to generate a dangerous evolution of heat. PHMSA has issued a special permit to Samsung to facilitate commercial shipment of the recalled devices by ground transportation.

When (and if) asked:

Not the answer you're looking for? Browse other questions tagged air-travel safety cellphones or ask your own question.

14
What do these warning/restriction codes in air tickets mean?
6
Air travel with lighters
11
Flight ticket reimbursement after Travel Warning
9
Air travel with a competition sword?
8
How to calculate if my battery will be allowed in hand luggage? (Voltage in mAh to Wh conversion)
2
Refund of tickets due to travel warning to Turkey
16
Why is the Samsung Galaxy Note7 banned in flight?
3
Galaxy Note 4 travel restrictions
2
Air Travel with pet Budgie
5
How I can travel with a 576Wh single‑cell lithium‑ion battery (or 12Ah with 48V) from mainland France to Guadeloupe in the French West Indies?