Which is the temple where you can enjoy an herbal sauna in Vientiane?

A friend that stayed in 2008 in Laos has told us that he went to a temple (Wat) in Vientiane where you can get a massage or try the "amazing" (he loved it) herbal sauna.

Do you know more data about that (wat name, price, how to go, if it still exists)? Any detail will be welcome.

Indeed as Doc says, it was Wat Sok Pa Luang, more commonly written as Wat Sokpaluang or, in Lao, "ວັດໂສກປ່າຫຼວງ". Sokpaluang is also the name of the suburb or region of Vientiane where it's located. The Wat is apparently also known as "The Jungle Temple".

Sadly, in answer to the part of your question If it still exists? and according to reviewers on TripAdvisor, the answer is no because it burned down in a fire in June 2013. I haven't found anything yet on whether it's being rebuilt or opened elsewhere.

I haven't found up-to-date pricing yet but here is pricing from 2011 thanks to somebody's travel blog:

It's hard to find on Google Maps due to the variety of ways Lao can be written in the English & French alphabets. But I've managed to locate it with the help of the directions in some of the blog posts on the temple. You could walk there in about 45 minutes by heading south where half the embassies are located and turning left into a road that has the same name as the temple but apparently lacks a street sign. Obviously you could get a tuk tuk there more quickly and very cheaply too. It's actually very close to the German Embassy, so you could just head there and then find the temple: 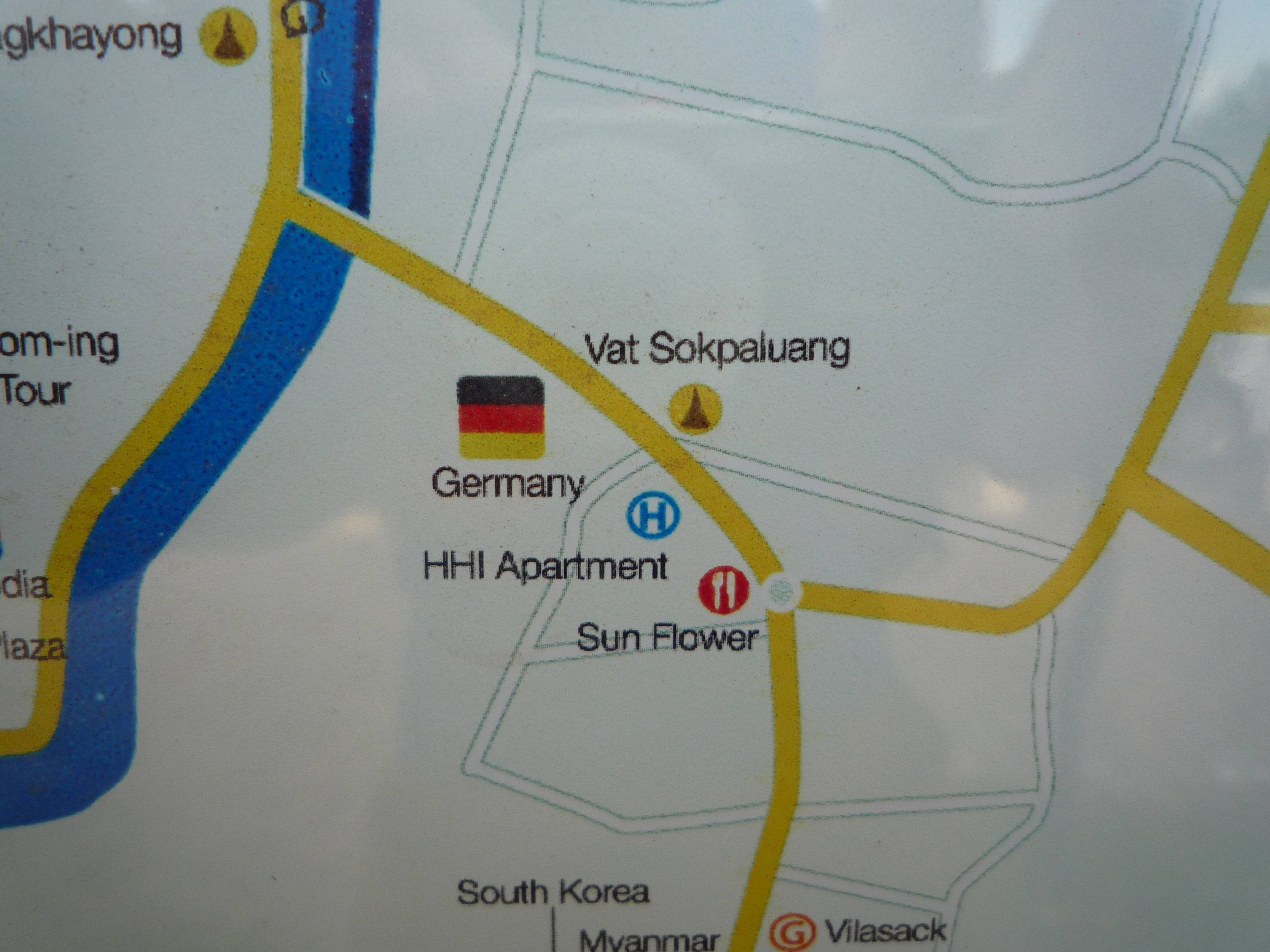 OpenStreetMap is also more helpful than Google Maps in this case.

Sounds like you're referring to 'Wat Sok Pa Luang'. I haven't been, but a few of the people I was traveling with in Laos did go and seemed to enjoy it.

Any of the local taxi or tuk-tuk drivers will know how to get there. I don't recall the price, but I'm sure now that you know the name Google will be able to give you no end of information on it.

Not the answer you're looking for? Browse other questions tagged identify-this laos temples vientiane or ask your own question.

3
What's the difference between VIP and normal sleeper-bus from Vientiane to Pakse?
2
Are there any guest houses close to the Buddha Park in Vientiane, Laos?
5
Where can I drink draught Beerlao in Vientiane?
5
Are there guesthouses or cheap accommodation on the road between Vientiane and Savannakhet?
5
When do boats actually race at the Boat Racing Festival in Vientiane Laos?
8
Temple visits in Kerala - can you visit them alone?
2
Time required to visit the Prambanan temple in Indonesia
5
Where Is the Lugang Glass Temple?
3
What are the current requirements to get a visa to Thailand in Vientiane (Laos)?
2
How many consecutive tourist visas can I get from the Thai embassy in Vientiane now?