Never received paper tickets for home delivery, what to do?

Someone I know booked advance train tickets through the website of a UK train operating company (TOC), with home delivery, roughly 5 weeks in advance of travel. She never received the tickets and phoned the TOC three times:

After she arrives at the local staffed train station (operated by a different TOC than where she bought the tickets from), the staff at the train station say they know nothing, cannot find her booking in the system, and can do nothing for her, and tell her to phone the TOC again. By now it is less than two hours before travel.

What is the recommended course of action in this situation? She can provide evidence that she has bought the tickets and made the phone calls, but of course it is hard to prove that she never received the tickets. 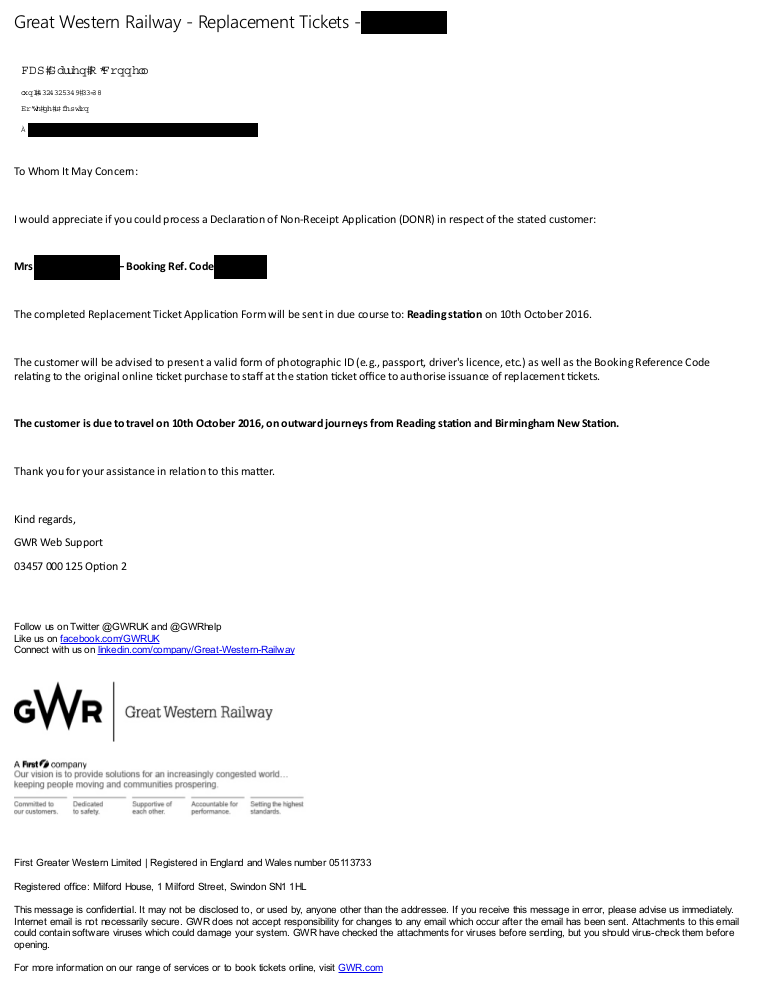 If the above fails for any reason (no staffed station nearby, lack of time, incompetence with the TOC, or some other reason), you can always try to get onto the train and explain the situation. Make sure you print the booking confirmation, including information on departure time and seat reservation. In all likelihood, with an honest story, all will be fine. This is particularly true on Advance tickets on trains that aren't very busy. Committing fraud with those is not very easy; one could sell the tickets and claim them as lost, but the other person will be on the same train, with the same departure time, arrival time, booking code, and seat number.

Not the answer you're looking for? Browse other questions tagged uk trains tickets or ask your own question.

9
Can you buy Eurostar Brussels-Lille tickets on the day, for the same price as in advance?
26
Compare train ticket prices in Britain
8
Picking up Italian Trenord tickets booked online when departing from small train stations
7
When is an Advance fare valid for “connecting services”?
15
Where in Brussels is a Eurostar ticket valid to, and for how long?
10
Printed my SNCF ticket and lost it?
5
In case of disruptions, do UK train tickets need to be explicitly endorsed when used the day after?
2
Train from Geneva to Lyon: is advance purchase required or useful?
4
How to collect international train tickets from Romania to Hungary (MÁV)
1
Implications of giving mobile number to train operating company (UK), especially re Advance ticket booking