What is the meaning of the swastikas at Ny Carlsberg Glyptotek museum in Copenhagen, Denmark?

I travelled to Copenhagen, Denmark recently. On one side of the Ny Carlsberg Glyptotek museum is a park. The entrance to the park has swastikas embedded in the metal gate posts. 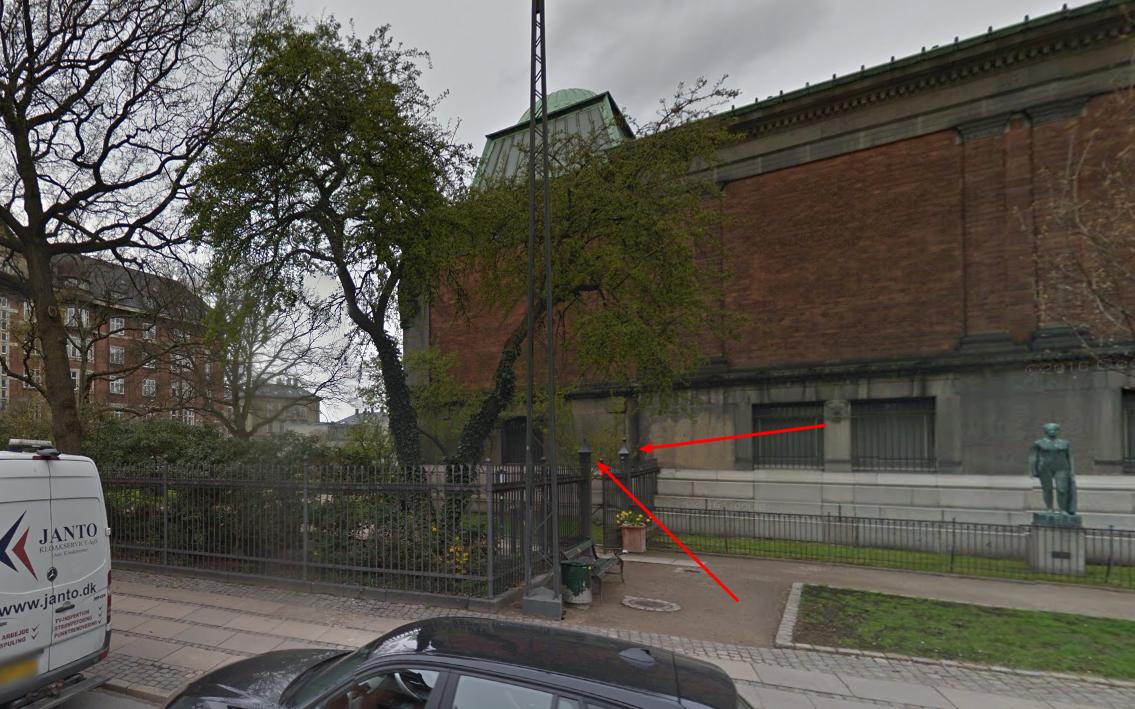 Also, on the side this brick building embedded with the bricks or granite stonework (I cannot precisely remember) are more swastikas.

What is the meaning or history behind these swastikas in this complex?

So that my intent is clear, I realise:

Regarding the Ny Carlsberg Glyptotek:

The collection is built around the personal collection of Carl Jacobsen (1842–1914), the son of the founder of the Carlsberg Breweries.

According to the same source, parts of the museum were originally Carlsberg's private villa. The rest of what is now the museum then formed around the villa.

The Swastika is an ancient symbol of prosperity and goodness in Sanskrit. In 1881 Carl Jacobsen made it the symbol of the beer produced in his brewery 'Ny Carlsberg' which was a competitor to his father's 'Old Carlsberg' brewery.

Carl had a profound interest in ancient Greece and Rome where the symbol was also often used.

In 1940 Carlsberg stopped using the swastika symbol for good.

Apparently, the particular type of gates referred to in OP are from 1882. As you suggest in OP, this was certainly before the Swastika had acquired the negative associations it presently carries (in the West.) 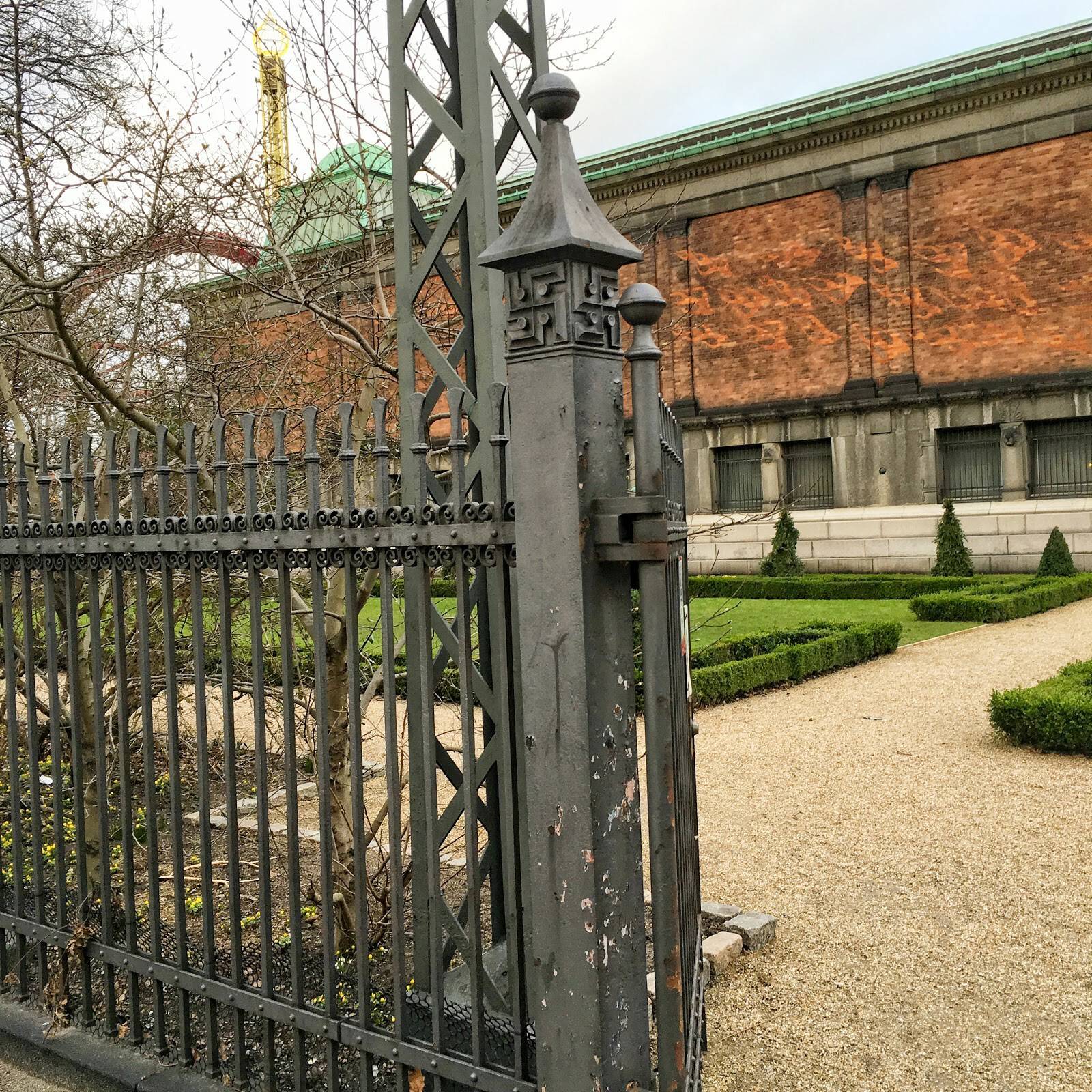 There are also other Swastikas and Sauwastikas in the museum: 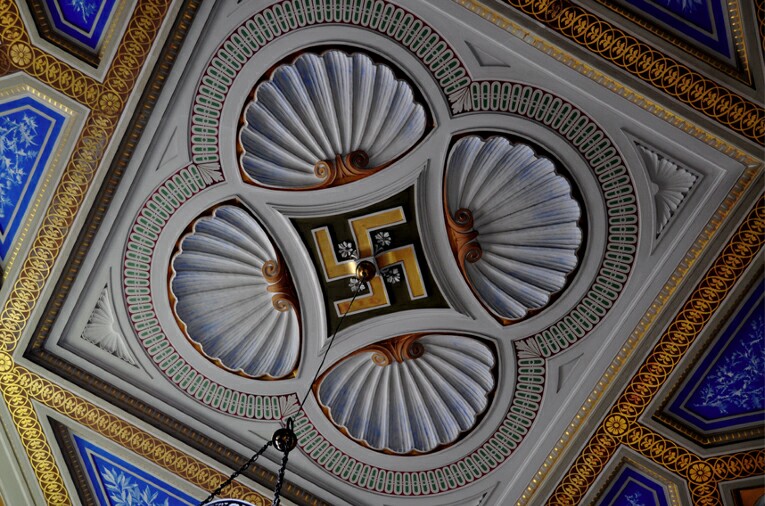 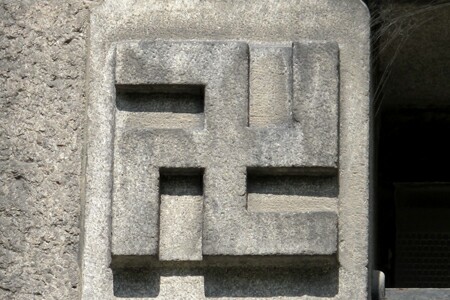 The emphasis is mine in both quotes.

Here is an example of an old Carlsberg beer bottle label: 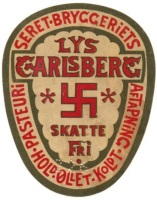 Not the answer you're looking for? Browse other questions tagged museums denmark history copenhagen or ask your own question.

33
Will I encounter any problems as a recognizable Jew in India?
13
Why are there so many well-kept ancient VW pick-ups on La Palma?

8
Parking in Copenhagen
3
Travel from Greece to Horsens Denmark
8
Bicycle rental near Kastrup Airport, Denmark?
3
Copenhagen at night
4
What options do I have for train/bus travel within Copenhagen?
2
What are the Copenhagen Card conditions?
4
How did Malmö and Copenhagen connect before the Öresund Bridge?
1
Is a ticket, in addition to Gadearmbånd, recommended for Copenhagen Distortion music festival?
1
Park and Ride in Southern Denmark