On a previous trip through the Middle East, I really enjoyed seeing Islamic art whilst in Doha. This time I'll be passing through Dubai rather than Doha. I've had a quick check of the Dubai page on WikiVoyage, but I can't see anything equivalent.

Are there any museums or art galleries in Dubai where I can view (for a not too high fee) Arabic or Islamic art works? (I'd rather not trek all the way down to the Abu Dhabi Cultural Centre if there's an alternative in Dubai!)

According to the staff at my hotel, the answer is "technically no, practically yes"

Specifically, within the Dubai metropolitan area, but just over the border. In the Sharjah "Heart of Sharjah" / Sharjah Art and Heritage area is the large Sharjah Art museum, which houses a collection of contemporary and modern Arabic and Islamic art. Just round the corner is the Sharjah Museum of Islamic Civilization, which in the upstairs galleries features arts and artifacts from the 1st century AH / 7th century AD through to the 14th century AH / 20th century AD.

It looks like you can get a bus from Dubai to just along the Corniche from these museums, otherwise it's a fairly quick taxi ride away. (15 minutes and 60 dhs from my hotel near Dubai airport)

The only thing to be aware of is that not many Dubai taxis go there, so you'll save time if you have a map with you to show the driver. They seem to know the Sharjah Museum of Islamic Civilization a little better than the Art Museum (possibly because it's right by the water), but even then may be a bit hazy on the locations. There are a few maps up to direct you around the area, or there's an information desk near the water in the centre of the heritage area, or pop into the first museum you come across and they can show you the way to any other one! 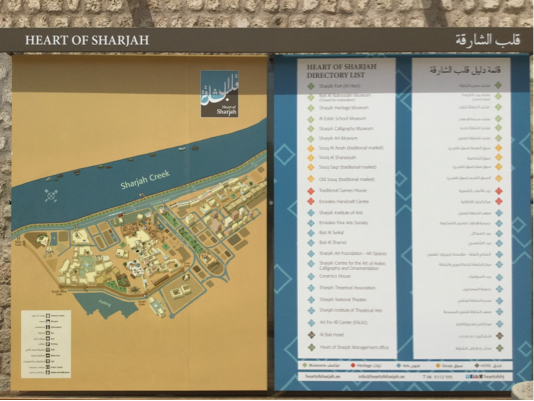 For the Sharjah Art museum, the building you want is big, but a little tucked away down a side street, which is why you might need a map. You're looking for this: 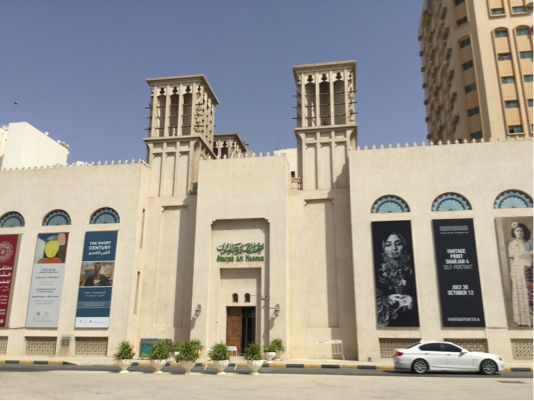 For the Sharjah Museum of Islamic Civilization, you're looking for this on the Corniche by the water: 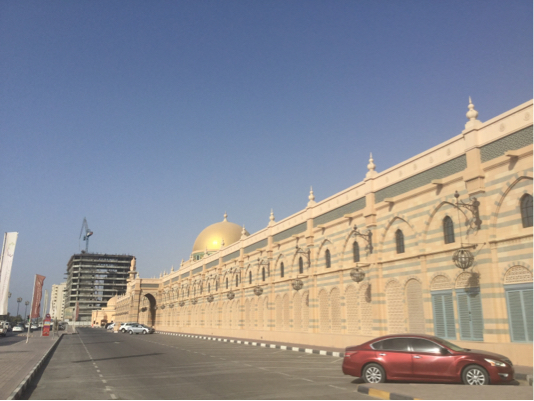 You're probably already aware of this, and it seems to have quite unfavorable reviews on Tripadvisor (thanks @pnuts). Also, it looks like it's more of a business than a gallery, something a lot of visitors didn't seem to expect. But then again, most galleries/exhibitions do also sell art, so this doesn't necessarily disqualify it as an art gallery. And I couldn't find anything else in Dubai. I mean, you don't have to buy anything. You can just go there and look at their exhibition. But do beware of the quite mixed reviews.

There's the MIRAJ Islamic Art Centre quite centrally in Dubai. The centre describes itself as "a monument to thirteen centuries of Islamic culture". 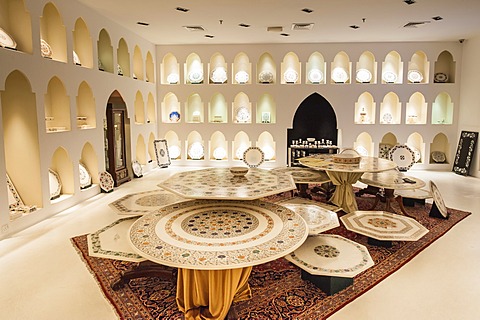 “We have a lot of groups who visit it,” she said. “The Miraj is a classic, it’s a beautiful place with amazing art work and it’s better than going to a souq because tourists like this kind of environment. We can’t find such items in malls.”

MIRAJ is found at 582, Jemeirah Road and is open (according to The National) daily from 9am to 7pm. Contact information can be found on their website.

Not the answer you're looking for? Browse other questions tagged dubai islam artworks or ask your own question.

2
Is there anywhere in Doha to see modern Arabic/Islamic art?

3
Are there any Carsten Höller slides in museums/galleries in Central or Eastern Europe?
11
Safe to use binoculars in Dubai?
11
Flying from Canada with art supplies
2
Is there anywhere in Doha to see modern Arabic/Islamic art?
14
What do I need to know about traveling to Dubai during Ramadan?
15
Is there an up-to-date map of street art in London?
5
What are the necessary contents of an “Islamic certificate” required for a convert to perform Hajj pilgrimage?
1
Transit visa for Dubai for females