Why does the price of air tickets change from one site to another? [closed] 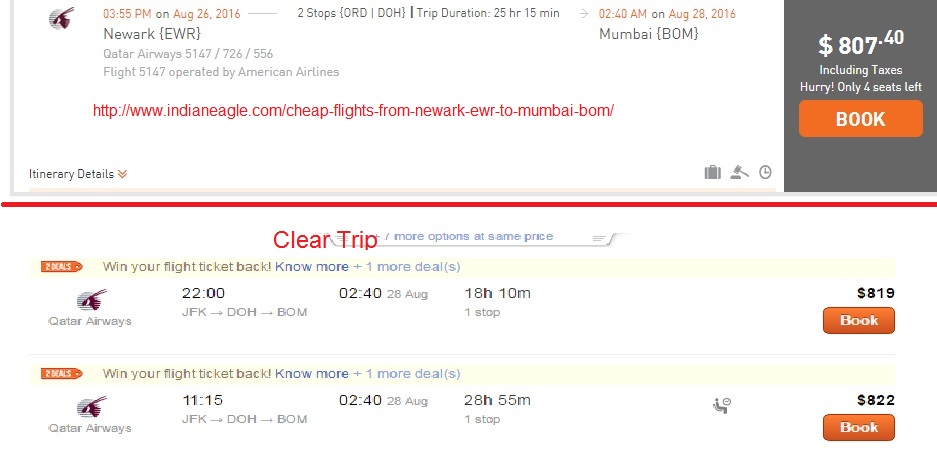 Why does the price of air tickets change from one site to another? (For example, indianeagle.com versus cleartrip.) Sometimes the same flight can have a different price on different sites. Why is this? [![enter image description here][2]][2]

The second screenshot you have now included still shows different flights. This alone is "enough said", but in case elaboration is needed:

Putting all these points together, you see that you're talking about two totally different products.

It's like asking why a Mercedes sold in one shop has a different price from an Audi sold in another shop.

Now, the following is based on my initial assumption that you were asking "Why would the exact same flight with the exact same airline have a different price at two different sites?" If this was not your intention after all, let me know, and I will remove this from the answer.

The first thing I can think of is that sites you are using to search for flights are often getting a cut or profit from the transaction. This profit can vary from site to site. As @fkraiem hinted at in a comment, this is the same with almost any trade.

Some sites forward you the airline's (or even a fourth party site) to finish the transaction, whereas others let you pay and finish on their own site. Needless to say, this leads to even more complicated factors determining the rate.

Some sites may also have special deals with airlines, affecting prices.

The air ticket market is alive, almost like a stock market. Airlines are constantly playing a game, trying to find a balance between selling a lot of tickets and getting a good price. The prices set by the airlines are ruled by hugely complex, automated computer programs. Human personnel constantly watch the process, adjusting the algorithms and do occasionally intervene manually. These processes involve monitoring and responding to the rates of competitors. Thus, if they see that a competitor has a special offer going on at a certain site, they may (whether manually, or according to an automated program) decide to also drop their prices on that site (only), in order to try and compete. This is just an example. The air ticket market is like a highly competitive game, which has gotten a lot more complex in the Internet age.

Another thing is that when you're searching for prices, what you see isn't necessarily what you get. Some sites don't immediately factor in all the extra fees that you will have to pay. Some charge quite high "credit card" fees. Many people do use credit cards, since they often get travel insurance included that way. Some force the airline to include certain things in the price. Other don't. There are a lot of sites out there. Sometimes a site may seem to have given you a cheaper price, but when you come to the actual booking, you find that your price is higher than initially predicted. On another site, the initial listing may have been closer to the truth.

Not the answer you're looking for? Browse other questions tagged air-travel flight-search-engines or ask your own question.

125
Flight tickets: buy two weeks before even during holiday seasons?
86
How do airlines determine ticket prices?
58
Why are one-way plane tickets more expensive than return tickets?

37
How can I book a flight plan found on Matrix Airfare Search?
11
At what time frame is there a significant increase of the price of airplaine tickets?
1
Accessing Group Fare Concessions
26
Is “lol.travel” a real travel/flight booking site?
13
Help a nervous flyer plan routes that minimise flight changes and time spent in the air
1
Buying air tickets for another person in another country
5
How can I find out whether skipping the first flight in a booking will void the return?
6
Cheapest flight “from any city”