What does under two years old mean?

I'm looking at rooms at booking.com and regarding the price to add one extra child they often write something like: All children under two years old stay free of charge for childrens cots/cribs.

So can I assume that generally when they write under two years that a two year old can stay free of charge?

The examples are from hotels in Kenya if that makes any difference. 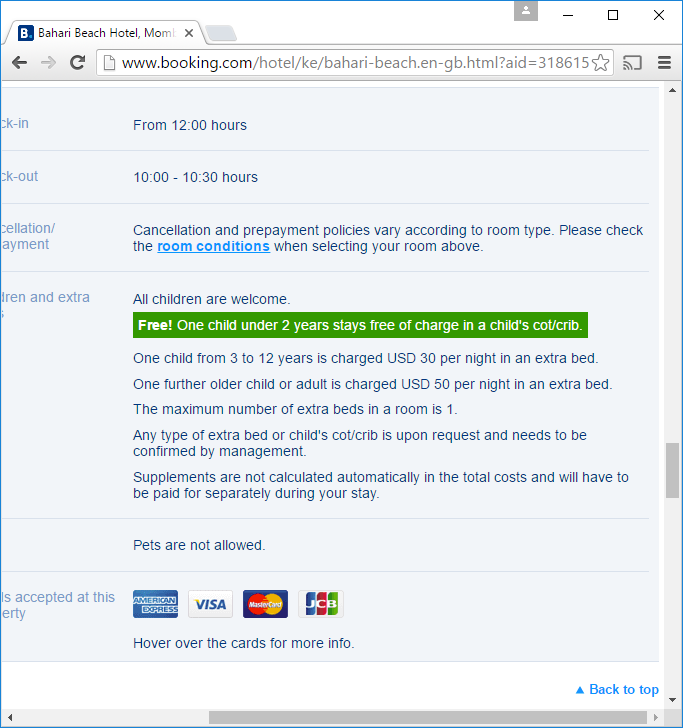 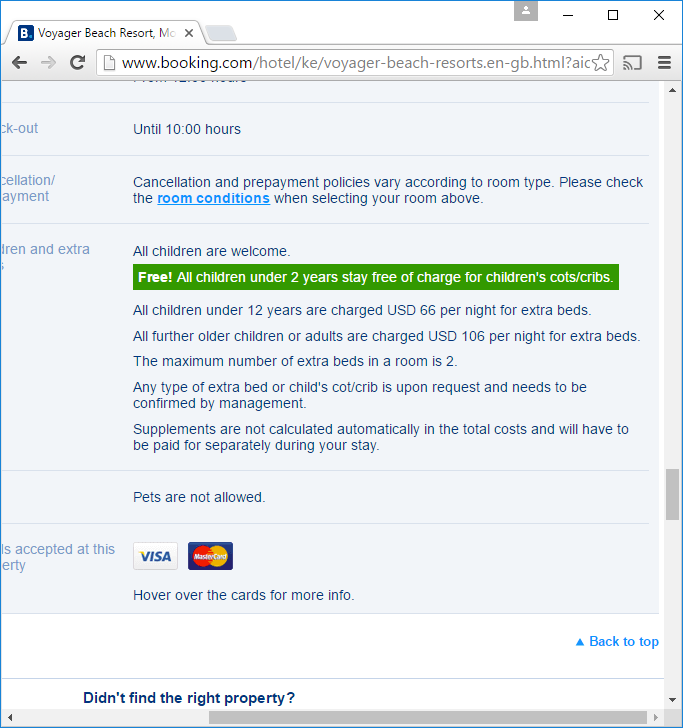 Under two years old generally means not having reached the second birthday.

To include two-year-olds, the phrase would normally be two years old and under.

Therefore, it appears that (in the given example) for a child who is two years old you will have to pay USD 66 for an extra bed.

If you want to allow for the possibility that the company setting prices really does intend to include two-year-olds in the "under two" category, then you should call them up and say "I have a two-year-old, does she or he stay for free"? In this case, you'd obviously want to do the same when she or he turns 12.

Not the answer you're looking for? Browse other questions tagged hotels or ask your own question.

10
Entering U.S. exactly on the day of visa "expiration date"

12
What does "early bird rate" mean in hotel reservations?
9
Are there any "extended stay" or "multiroom suites" in hotels in England?
6
Kids not allowed into sauna in Serbia
4
What does "To book in house" mean?
16
Is there a reason why housekeeping wouldn't accept a tip?
5
Being charged for an automatically cancelled reservation in the US
25
Does everyone in a party need to be 62 or over to qualify for the Marriott senior discount?
46
Can a hotel cancel a confirmed reservation?