Is there an ATM at the Si Phan Don/Stung Treng border?

I want to cross from Laos to Cambodia at the border located between Si Phan Don (the 4000 islands) on the Lao side and Stung Treng on the Cambodian side.

I have no precise idea of how much the visa on arrival is supposed to be (the Lonely Planet mentions 25 dollars - does it depend on citizenship, I am French) plus a possible 2 dollar extra "fee". I will be carrying more than this amount (in local currency) but I'd like to make sure I have the opportunity to get some extra cash in case (in case the "fee" is more and they are annoying about it for example).

Is there an ATM before passing the Cambodian border located on road 7, before Stung Treng?

This is the temporary shack on the Cambodian side. You can see the elaborate roof of the bigger newer building hiding behind the welcome sign. This was January 2015. The new building may be open by now. 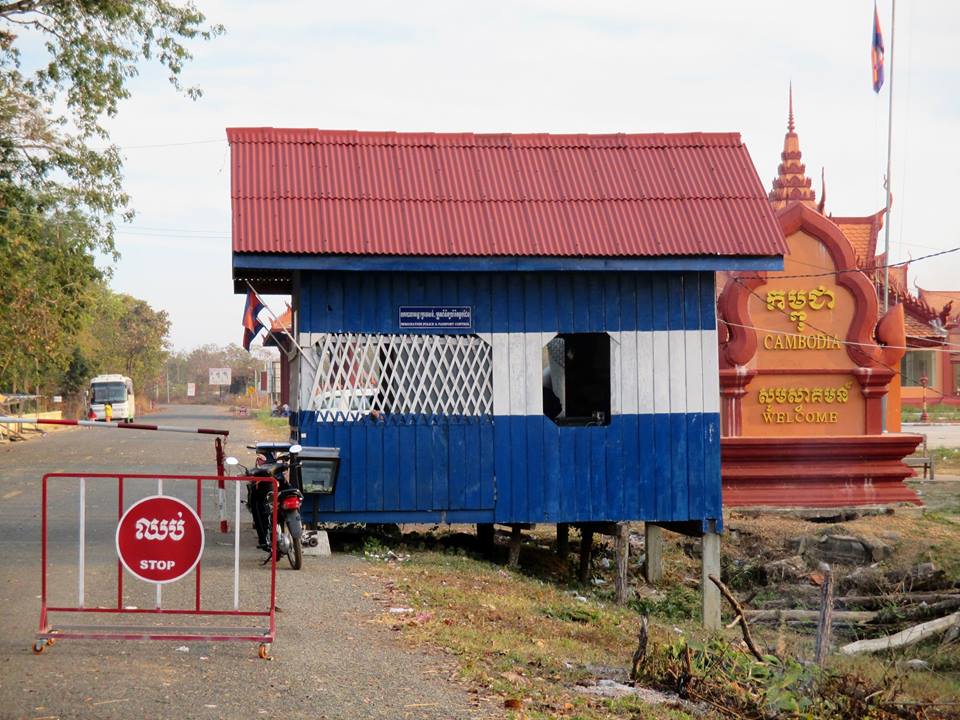 The Lao side at the time looked more substantial. I don't recall an ATM or a bank. Maybe but I kinda don't think there was. 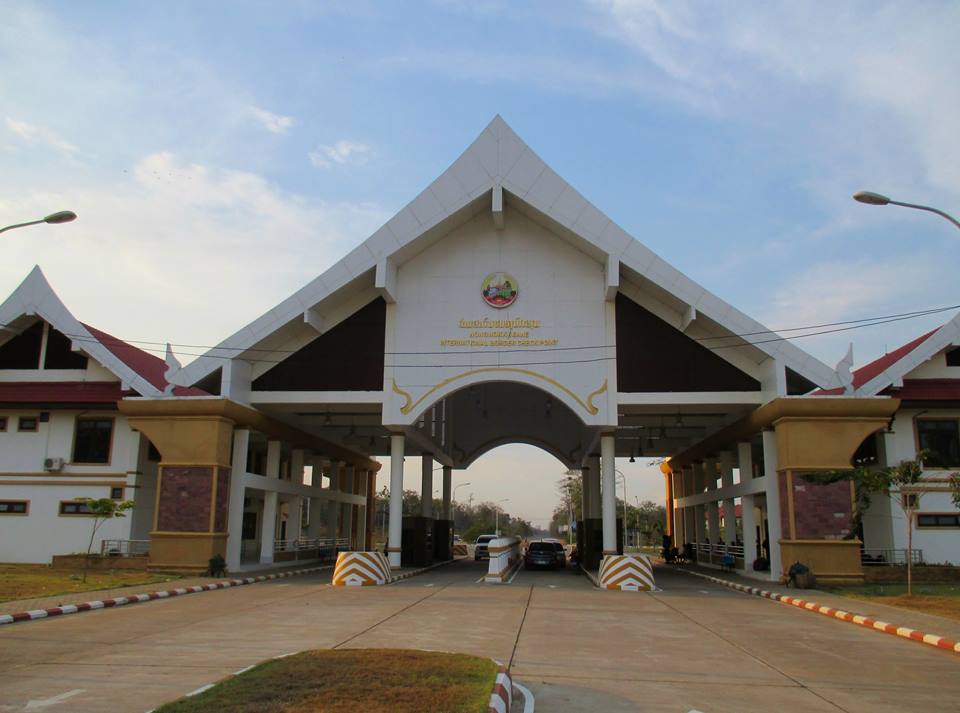 I would get US dollars before heading to the border. And I would get extra. I had $100 or more that I exchanged over a month earlier when I found a decent exchange house in Thailand. I basically carry USD just for visa-on-arrival fees.

I got at least two each Laos and Cambodia visas on that trip and for me as an Aussie citizen they were $30 USD each. I do recall at some crossings there was a $1 or $2 extra fee. They were less common than I expected from reading traveller reports on the Internet etc. In each case I decided the fee looked official enough and was probably not a bribe in my opinion.

Now I was travelling with two Norwegian friends. Norwegians are usually even more welcome in even more places than Aussies. But in my Googling I had read that their visa fee may be $5 more than mine. I was handling that bit of the money for all three of us. I made sure that I was going to have at least $30 for me and $35 for each of them plus $2 extra each minimum. It turned out to be wise because Norwegians did in fact have to pay more than Aussies.

The moral of that story is that when you're changing money for visas fees it's better to err in favour of the maximum amount you think it could possibly be.

I believe there were banks in Stung Treng yet oddly I have no recollection of how I got money there. I stayed for about a week which makes me think I must've got money from an ATM.

Between Stung Treng and the border there is very little. Rough bush. A police compound. Probably some huts here and there with some selling a few supplies. Certainly nothing like a bank or ATM until Stung Treng itself.

In Don Det, the main backpacker island at Si Phan Don there were many businesses with signs saying "ATM" but they didn't actually have an ATM. What they did was charge you a fee do do a cash advance on a Visa or Mastercard. Be aware that you will pay higher bank fees and/or interest on cash advances. The same places also changed money so you would be able to get your US dollars there.

But there are 4,000 islands there. I wonder if the biggest island that tourists don't usually go to because it's not special might have banks with ATMs. A lot more people live there. I think it's called Don Kong. But I also recall that two islands had very similar names so be aware of that.

I seem to recall walking from where I got off the boat from Si Phan Don to the border. Too short to be any banks or ATMs as I recall it.

I'm sorry I don't have many of the precise answers. I hope somebody provides another answer that does. But the tips here should help you at least.

It turns out I wrote a Facebook update at the time and it does contain some extra details.

I did have to pay an extra $2 USD fee to depart Laos. There was no extra fee to enter Cambodia, just the $30 USD I expected for an Australian citizen.

There was one town along the road to Stung Treng. It had one guesthouse that was double the price I was expecting in Stung Treng so I kept going even though it was dark. I doubt that town had a bank or ATM but I'll see what I can find...

The town between the border and Stung Treng is so small I can't find it on Google Maps.

I can find at least two ATMs in Stung Treng on Google Maps.

Ban Nakasang has an ATM, according to my Googling, plus two other banks. This is the village you would normally get of the boat back from Don Det.

That's a lot handier than Don Khong, which doesn't seem to have an ATM I can find.

I'll post as an answer but this is more of an update to @hippietrail answer.

I actually crossed the border today (Laos -> Cambodia). The tenporary shack is still there, still in use. No sign of an atm directly at the border (on either side of it). In Stung Treng (Cambodian side, kilometres away) there are some atms (with US dollars). At the bus station of the Si Phan Don (Ban Nakasang, 4000 islands) there are 2 atms (delivering only Lao kips).

Going toward Cambodia, the Lao border agents required a 2 dollar fee to get the exit stamp (no explicit reason for the fee) and some dubious person that was partnering with the bus driver getting us there charged 2 extra dollars to get a lao departure card (for those who lost it). The rate was 1 dollar for 10000 kip (20% too much).

Then the same dubious guy offered 39-dollar Cambodian visa-on-arrival. The actual price charged by the official Cambodian visa service was 35 dollars (according to Wikipedia sourcing timatic the current price for a Cambodian visa on arrival for most citizens is 30USD). They also added a 2-dollar fee for anyone missing an id photo (so have one ready, this is the same for entering Laos).

So the bottom line, as @hippietrail said, is to always have some dollars aside (more than expected) in order to avoid troubles and extra expenses.

Not the answer you're looking for? Browse other questions tagged borders cambodia laos atms french-citizens or ask your own question.

10
Is it possible to go directly from Siem Reap to Vientiane over land?
8
Are there any ATM fees within the Euro zone?
10
Crossing the Aranya Pratet/Poipet border
2
Is there an ATM in Lille Europe station?
13
Crossing the Lao/Thai border at Ban Than - no border office?
3
Where can I find an ATM in Luang Prabang International Airport?
12
Are there ATM fees in the Azores?
3
Is there an ATM at or near Vágar Airport?
2
Crossing the Cambodia/Vietnam border and single/multi entry visas
8
Almaty to Urumqi by connecting train (via Altynkol and Khorgas)