Where can “public showers” be found in Taiwan?

I've been travelling on foot and by hitchhiking and sleeping in a tent in many countries and now I'm doing so in Taiwan.

But in some countries it's really easy to keep fresh.

In Turkey I was often told I could wash with the taps for worshippers beside the prayer room or small mosque that many places including truck stops and petrol stations sometimes had.

In Thailand I would often meet people at a roadside restaurant and there was always a bucket shower they would point me to. Roadside police stations also offered me use of their showers, some of which were specifically public, and others I began asking permission to use.

In several Southeast Asian countries I've asked or had a local I met ask on my behalf if I could pitch my tent on the grounds of a Buddhist monastery/temple. I was always shown where there were showers or bucket showers.

In Japan and Korea there's always a sento or jjimjilbang where you can have a cheap and great bath and sauna.

In some countries showers were common in petrol stations or in public restrooms at parks and beaches.

I've even seen in some countries facilities provided for cyclists that include showers and walkers have also been welcome to use them.

So far in Taiwan I've made pretty miserable attempts to wash a little bit in public restrooms, but they're not common and often have a female attendant or cleaner, so you can't be very thorough. Until I move back from roughing it to hostelling.

Is there something I don't know about Taiwan that would be good for showering or similar? Hiking and cycling are very popular here. I don't know if people do those on overnight or multi-day trips. If they do there might be something they use.

Or are there any other ideas?

This will be very difficult, I think, if you want an actual shower rather than a wash. Some suggestions would be:

Taiwan is not really geared up for backpackers; locals who want cheap travel will stay in the cheap local hotels that are hard to locate if you can't speak or read Mandarin, and the ones who want to flaunt their wealth will stay in flashy big hotels. You're already seen the state of most public toilet facilities so I won't mention those here...

Where I have been staying for over a week now on the east coast, Dulan village, Donghe township, Taitung county, the police station basically has a full camping setup intended for cyclists.

It includes several "bivouacs" which are basically well built low lean-tos with floors and roofs but no walls. You could sleep in those or probably set up a small tent in there. There'll be protection from rain as long as there's no typhoon.

There also free filtered water and a bathroom. The bathroom is even supplied with laundry soap power so you can hand wash clothes in the handbasin.

And I didn't realize it because there's no sign in English, but when I met a western couple cycling around the country, they told me you had to register inside the police station and you would be given the keys to the shower! 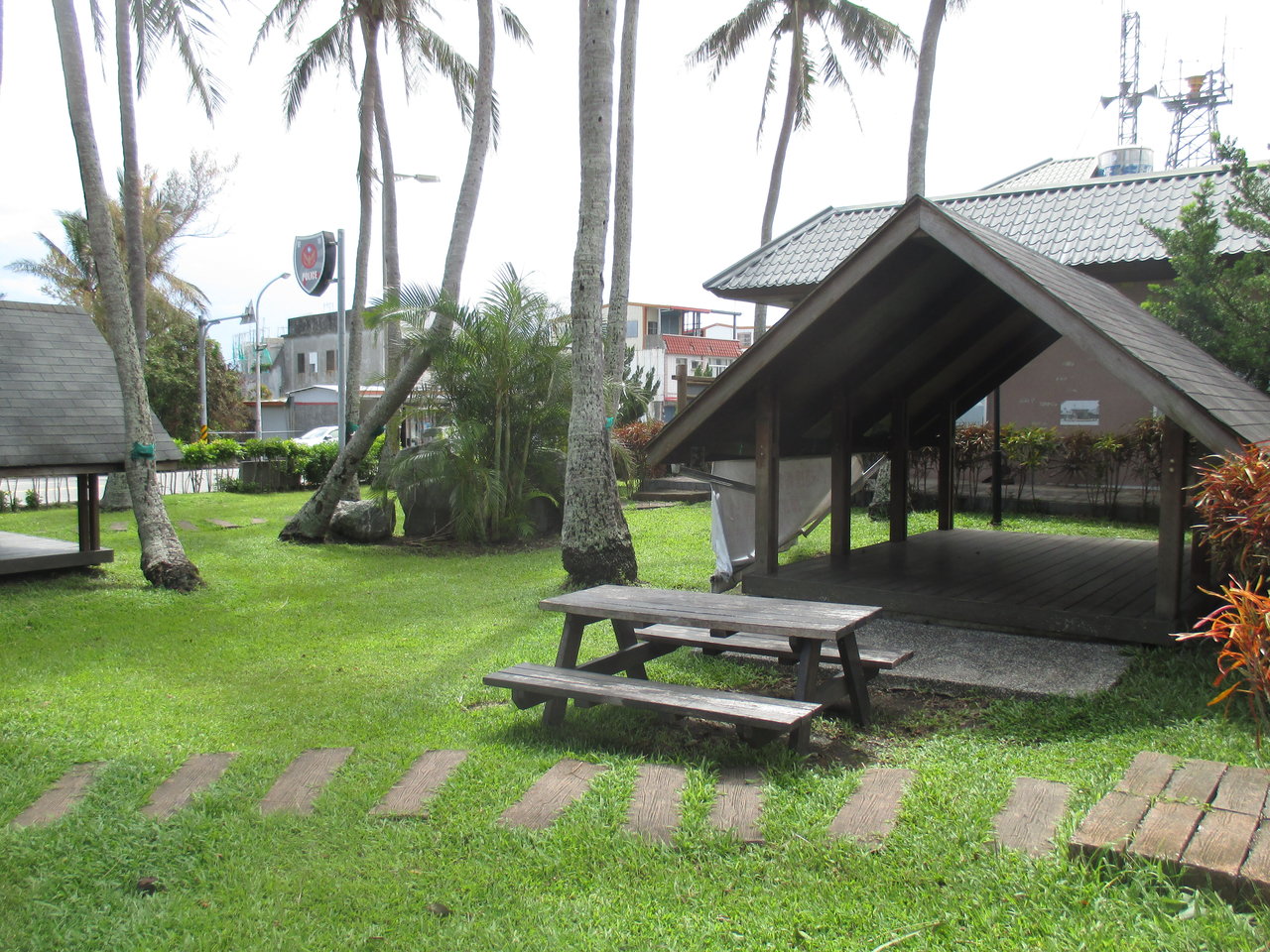 The couple told me it's like this all down the east coast. I never saw the bivouacs on the west coast but I also never thought of going inside to ask if there was a shower.

Not the answer you're looking for? Browse other questions tagged tips-and-tricks hygiene taiwan or ask your own question.

11
How can I find which police stations in Taiwan have camping facilities for cyclists?

19
Finding public toilets in Taiwan
18
Where to find public water taps in the Netherlands?
2
Where can I try sea cucumbers in Taiwan?
13
Flying into London, overnight train to Edinburgh that evening, where to stow bags/shower?
16
In Taiwan, do ATMs in convenience stores (7-Eleven, FamilyMart) charge higher fees than ATMs at banks?
11
Is there somewhere a glossary or introduction to the different kinds of accommodation in Taiwan including the Chinese characters?
2
Where can one find Plus ATMs in rural Taiwan?
12
Finding public shower in Europe
59
Why does there seem to be an extreme lack of public trashcans in Taiwan?