People who do not speak English well, or even people who do not want to speak a lot, will often resort to received gestures to indicate what they are after. Some of these are almost universally understood everywhere...

As an example, many people would know that the received gesture for "May I have the bill please" is to hold an imaginary pencil in the air and make a scribble.

Received gestures are also useful where the ambience is not conducive to speaking, like loud pubs and where there's a distance between the customer and the server. Some of these can be quite arcane and restricted to local knowledge. To order a 'London Pride' in a noisy pub for example, one can use their right hand to make a patting gesture over their heart. Another gesture that is received in the UK is to pretend one is pulling on a barrel tap; this seems to indicate that the customer wants an ale.

Question: what, if any, are the received gestures to differentiate between a pint and a half pint in the UK? Or if UK is too broad, then more specifically the region inside the London Orbital?

I have spent most of my life living somewhere inside the M25 (and a good fraction of that inside various pubs) and I have to say that I've never heard of any of these gestures. I don't mean that you are certainly wrong but perhaps their use is indeed arcane.

Most ale drinkers (and I include myself in this) would need to specify exactly which ale they want, a generic ale would not be sufficient. So the pulling-back-on-an-imaginary-pump gesture does not sound useful, unless the barman already expects you to order a specific ale.

To indicate a drink in a noisy pub one simply pats the top of the pump from which one desires the glass to be filled.

If you want a half pint, you can make a gesture with your hands held flat, palm down, vertically one atop the other, separated the height of a small (half-pint) glass. Similarly for a pint, do the same but with the hands far apart, in exaggeration of the size of a pint glass. This signal of "beer size" seems to be understood world over [in my extensive field tests].

As per request of @Gayot Fow, I'll elaborate a bit on the hand signals/gestures I'm accustomed to in Belgium.

EDIT: I found a site that explained the gestures I explained + some more, so I'll copy these over to this answer. The original article can be found here. 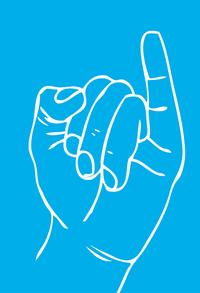 This gesture (balded hand, pointing pinkie) means you want to order a beer.
The type of beer you'll get depends on the 'normal' beer they serve at that bar, most commonly either Jupiler, Maes or Stella. 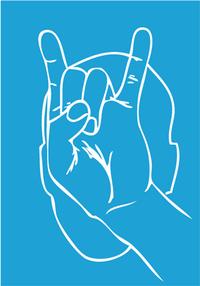 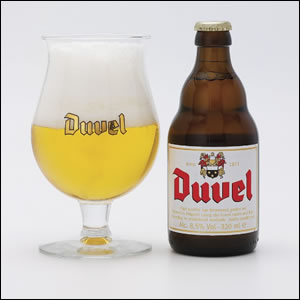 This sign, most commonly known amongst those who listen to metal music, is used to order a Duvel (~~> Devil). Some people tend to hold their hand before their head, as if their fingers were the devil's horns.

One meter of beer 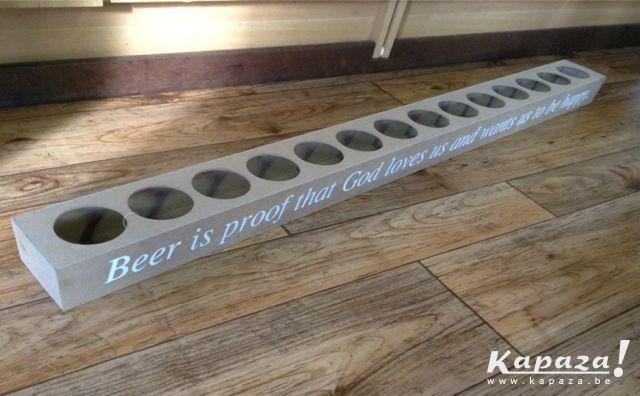 In many bars, you can order a so called 'meter of beer'. You have to imagine this as putting glasses of beer next to each other, so that the combined with of the glasses measures 1 meter. Most bars have some sort of wooden holder with pre-drilled holes to carry the glasses. Depending on how far apart they drilled the holes, 1 meter of beer contains around 10-15 glasses of beer. 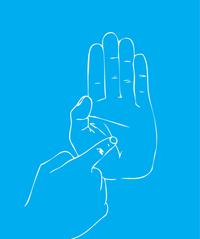 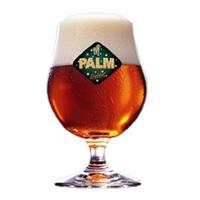 This one is quite obvious. You point to the palm of your hand to order a Palm. 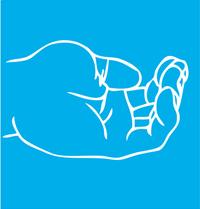 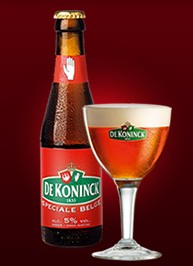 I didn't know about this one. But apparently in Antwerp, 'De Koninck' is called a 'Bolleke Keuning', referencing to the ball/spherical shape of the glass. 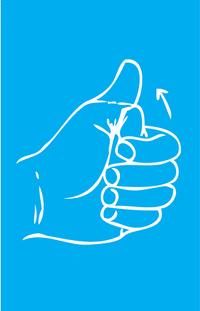 You basically pop your thumb from your fist as if you were popping the cork of a champagne bottle.

There's a whole list of gestures, but I can't seem to find the list back again. Most of these other gestures aren't very well known.
Apparently, touching your thumb with your index finger and then holding your middle finger in front of it, means you want to order a Kriek (~~> Cherry). It sort of looks like symbolizing a cherry with your fingers. 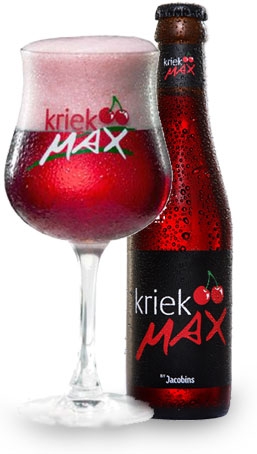 Asking for a lighter

In the Flemmish region of Belgium, more in the west, there's also a signal you could use to ask for a lighter.
You show 4 fingers, as if you would count to 4 using your fingers (index, middle, ring, pinkie).
In Dutch, the number four is "vier". This sounds the same as word for fire "vuur" in the (West-)Flemmish dialect. 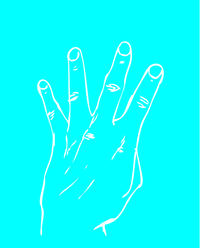 If I ever see the full list of hand signals again, I'll try to remind myself to add it to this post.

Not the answer you're looking for? Browse other questions tagged uk food-and-drink terminology restaurants local-knowledge or ask your own question.

13
Does Japan have pubs or bars?
6
Pin-and-chip versus signature in the UK
5
UK visa: transit versus visitor question
9
Never received paper tickets for home delivery, what to do?
1
Is a two and half year Danish Residence Permit considered permanent?
17
What are these half-size parking spaces in a supermarket lot?