Hence my question. Does anyone know about resources for the modern and motorized traveler who would like to explore these roads? They should ideally translate the old courses into existing roads. They should also describe relics and interesting sites that can be visited today.

Alternatively, if such resources do not exist, does anybody know about good and reliable historical books on the topic? I believe that with a reliable documentation, a modern road map and perhaps one or another guidebook, I should be able to knit something on my own.

Please note that I am mainly interested in the road network in Europe. Nevertheless, if you happen to have material on the Roman roads in Africa or the Near East, I will not dismiss it.

Yes, there are many modern roads and highways - especially in Italy - that follow the old roads. They were some seriously industrious workers - with roads throughout Europe, over mountains, across the UK and in the Middle East and Africa!

Firstly, voila, Wikipedia to the rescue!

In France, a Roman road is called voie romaine in vernacular language.

Roman roads along the Danube

But clearly you can't go see them all (well you could, but it would take a while). So let's focus on the more fantastic or famous ones. Primarily, the Via Appia. 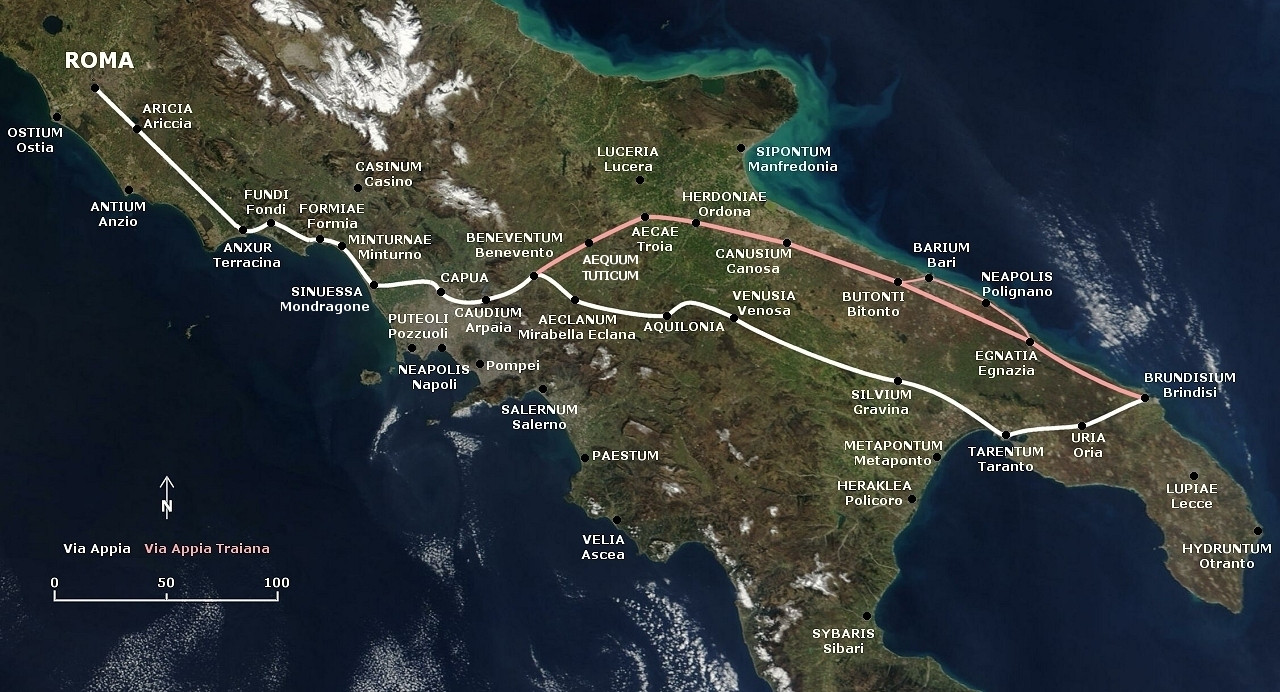 The Appian Way (Latin and Italian: Via Appia) was one of the earliest and strategically most important Roman roads of the ancient republic. It connected Rome to Brindisi, Apulia, in southeast Italy.

This is THE road. Much of it still exists today. If you know your Roman history (or watch the Starz tv show) - this is the road on which Spartacus was crucified - after his revolt, in 71 BC, 6,000 were crucified along the 200-kilometer Via Appia from Rome to Capua.

It has the Temple of Hercules, the catacombs of St Sebastian, and Mausoleum of Gallienus - among others.

Finally, while book resources starts to venture more into requesting history information rather than travel information, I can offer the following suggestions:

There's also an iPhone game loosely based on the building of the thousands of miles of road, but it's such a tenuous connection that I won't even dignify it by posting a link ;)

17
Are there European equivalents of "Route 66"
4
How many roads lead to Rome?

12
Introduction to Roman Londinium?
5
Wearing Vibram FiveFingers while travelling in Europe
5
Roads in Japan during Golden Week
6
Maps of dirt roads in Europe?
17
Is there an app that will calculate a route off main roads for cycling?
11
Are the roads in Norway in good condition?
10
Are cyclists allowed to use National roads in South Africa?
7
Australian driving / routing site that understands dirt / un-made roads?
12
Roads classification in Spain