Transport for Tour of Southern Spain

I've been to the south of Spain a few times and was hoping to make another trip in the near future. My plan is fly from JFK or ORD to Madrid to Sevilla (obviously assuming this is the cheapest route available).

I then want to stay in Sevilla for 4-5 days. Then head south to Ronda, Marbella, Malaga, and Grenada.

Did you look at taking the train? Most of the places you mentioned are covered by the Spanish rail network. If you book in advance, prices are pretty good. For example, Madrid to Malaga starts from only €35 (advanced purchase, single train).

For some general advice on travelling by train in Spain, the routes etc, see the Seat61.com Spain page. For exact timetables, routes, and to book tickets, you'll want Renfe.com.

As you asked for the cheapest way, in my experience that would be the bus; those are generally cheaper than trains in Spain. (What surprised me is that on some routes the bus is also faster than train.) Connections are frequent and the buses are generally very comfortable.

Granted, it was back in 2005 when I travelled more in Spain (including Andalusia), but I suppose the situation hasn't changed too much.

The train answer mentioned Madrid to Málaga as an example (cheapest fare 35 € when booked in advance). On ALSA, the trip costs 23-24 € (no advance booking required). As another example, 8 hrs night bus from Cádiz to Madrid is just 25 € with Socibus. 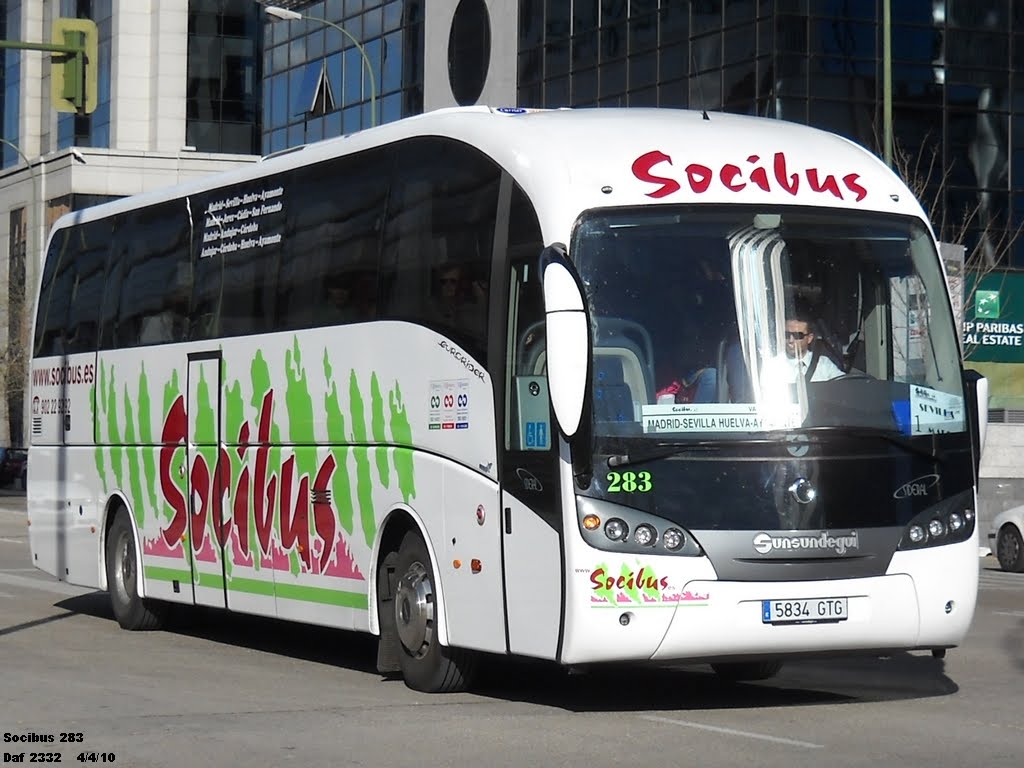 There are several bus companies (partial list) operating in southern Spain. I don't know if there's one website to see all timetables though. What I did was simply go to the bus station in each city or town, check timetables there & buy the ticket; this worked fine. (Or google e.g. "sevilla cadiz bus" to find relevant company website with timetables.)

Btw, while you're in Andalusia, I'd recommend Cádiz, on the Costa de la Luz, less than 2-hour (12.20 €) bus trip from Seville (though not exactly on your planned route).

I wouldn't go by bus, at least from Madrid to Sevilla, so boring. Instead i would go by ave (high speed train) that is more expensive but as they said above, if booked in advance the ticket could be cheaper than the bus.

Not the answer you're looking for? Browse other questions tagged transportation spain andalusia or ask your own question.

15
Is there any common website for Spanish intercity bus timetables?

4
Deposits policy for holiday accommodation in Spain
8
Are there restrictions in public transport during Semana Santa in Spain?
0
Where to find a bike to hire / buy / borrow in Southern Spain
6
What are the other ways to get from Ibiza (Spain) to Barcelona except the airplane?
4
Almeria Spain beach season
0
Ground transport and overnight stay
4
Public transport planning in Spain
1
Schengen visa for Spain
4
Transport pass for one week in Mallorca