The first time in Canada: Montreal, Toronto or Ottawa? [closed]

Ask Question
Asked 7 years, 8 months ago
Active 4 years, 9 months ago
Viewed 48k times
10
votes
Closed. This question is opinion-based. It is not currently accepting answers.
Closed 4 years ago.
Locked. This question and its answers are locked because the question is off-topic but has historical significance. It is not currently accepting new answers or interactions.

I'm going to Canada for the first time in my life. I can choose between Montreal, Toronto and Ottawa. I want to see a place that is very typical for Canada and that also differs from the things I can see in Switzerland.

If that are my only requirements, which of the three cities should I choose to go to?

Ottawa we can pretty safely drop from the list -- as a planned city populated mostly by government bureaucrats, it's got a few good museums but very little else to interest the casual visitor, and it's quite hard to get around without a car.

Montreal vs Toronto is a more interesting showdown. Personally, I'd cast my vote for Montreal: it feels a bit smaller and more approachable, with an incredibly vibrant cultural scene, and the presence of French everywhere gives it quite a unique flavor for a North American city. However, if you're keen on something that's less "European" and more like New York or Chicago, then Toronto may fit the bill better.

All that said, my favorite big city in Canada is actually Vancouver, which also has the most scenic location by a long shot and arguably the best climate as well.

If those are your three choices, I'd suggest Montreal. Montreal and Ottawa are a less than two hours from eachother, so you can easily take a morning train and spend the day there, before returning to Montreal.

Ottawa is a beautiful city, and is home to some of the best museums in the world (see Museum of Civilization, Air and Space Museum, and more). Also if you are going in the winter, skate through the city on the longest ice rink the world. In the summer, Ottawa is where the Canada Day parties are, and they have one of the largest tulip festivals in the world.

Montreal has a lot to offer too. The nightlife there is one of the best in North America, and there is lots to do at the waterfront (Vieux Port).

Toronto is the most "typical" Canadian city. It's big (with over 15% of Canada's people), and broadly representative of the country.

As an English-speaking American, I found Montreal to be interesting, because of the interaction between English and French. Of the three, it is most reminiscent of Switzerland, which judging from the question, is not the best thing in the world for you.

Ottawa is the least interesting; it's main interest is as the capital city, and not much else, somewhat like Bonn in the former West Germany.

In Swiss terms, Toronto is "Zurich," Montreal is "Geneva," and Ottawa is "Berne."

Toronto is an interesting base from which to see things outside of Toronto as well as the city itself. For example Niagara Falls is just about an hour away from Toronto. In the fall, there are bus tours north of the city to see the leaves turn - Montreal may offer that as well. Toronto is also close to Stratford (for Shakespeare etc) and Niagara on the Lake (for Shaw), which are world famous. Depending on the time of year, you might want to see a professional basketball or baseball game - hockey you can see in both cities.

Canada is in my opinion pretty close to Switzerland: it is mostly interesting for its nature, the mountains. It differs thanks to its immensity, its wilderness.

If you want to explore it and not only the mountains, since Switzerland has a lot, I would recommend you remote areas like Vancouver Island (I really remember this feeling of small, isolated communities) or the Prairies, very, very flat. I have not visited them but I suppose Newfoundland or the Northwest (north of Edmonton, basically) are probably really different from Switzerland. In general, take a car and find a relatively remote area, I suppose Switzerland has few of them.

Regarding cities, it is harder to tell which one is most different from Switzerland, as cities do not really have the specificities of Canada. I have visited all of these cities so I can still describe how I feel about them, regarding how they reflect Canada.

Ottawa is sometimes seen as not appealing as some described. It really has good museums, including the Civilisations/History museum (if you're curious about Canadian history), the National Art Gallery. Compared to Europe, these museums will just be fine. Ottawa offers in winter the Rideau Canal Skateway, a 7.5km long rink. In summer, it hosts the celebrations of Canada Day on July 1st, it also has a lot of festivals (Jazz, Blues, franco-ontarian festival) like other Eastern Canada cities, as Canadians really enjoy their summer. Ottawa is a bilingual city, but speak in English, you will feel more challenged. Apart from these few sights, there is little to do in Ottawa. 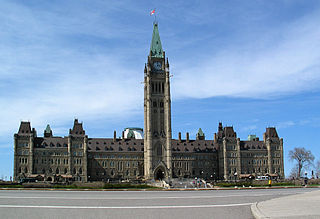 Montreal is French-speaking, and has a big French community (meaning from France) so if you are a French speaker, you might feel too much at home, not very challenged. In summer, it has great festivals, like the International Jazz Festival, the Francofolies, or O'Sheaga. Montreal also has buildings in the Quebec style, and in general enough tourism activities (not necessarily Canadian). Montreal also has a good hockey team (les Canadiens/the Habs)

Toronto has never been appealing to me, but there are still interesting sides. It is a very large city, and in fact the decor of many movies supposed to happen in large American cities. I found this city cold, in the meaning that there are not that many people on the streets, it is not at all a pedestrian city (compared to Montreal, Ottawa or espeecially Quebec). There are also some festivals in summer, including a Jazz festival. It has good museums, like the Royal Ontario Museum or Art Gallery of Ontario (including Canadian art), but none specifically on Canada. One thing that is very Canadian is the cosmopolitan side of the city. I find that Southern Ontario really is populated by open-minded people, a population coming from a bit everywhere in the world, and if you have the chance to really immerse in the Ontario population, that's the part of Canada where you will feel a real tolerance to any culture. 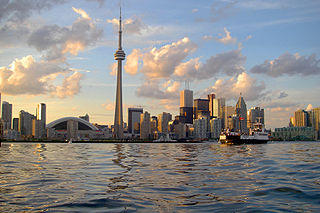 Skyline of Toronto viewed from Harbour, By John Vetterli (originally posted to Flickr as Skyline) CC BY-SA 2.0, via Wikimedia Commons

I would add another city to the list: Québec city. It is very European, so this might not interest you. It is still very Canadian (or very Québécois to be precise). This city has way more space for pedestrians, with a tinier city center, like European city. It is very charming. It is also where the Québec accent is thick and where the Québec culture is more present, so if you speak French and are attracted by the Québec, that could be a good idea. It also hosts the Québec national celebrations, on June 24th, with concerts. There are probably other festivals as well.

If you go to Eastern Canada, it is also interesting to go to a sugar shack. The best season is at the end of Winter to try maple taffy (~March) but you can visit any maple place in Quebec or Ontario any time and try some maple products. For accessing most of these, you will need a car though. Another thing about Eastern Canada, weather is extreme: winter are cold (-20, -30 Celsius degrees) and summer are hot (30-35 Celsius degrees).

Tire d'érable, By Gachepi (Own work) GFDL or CC BY-SA 3.0, via Wikimedia Commons

Let's move to the West to Vancouver. It is very different, and most Canadians do not move from East to West or vice-versa. Vancouver is very uncommon in Canada because it is set along the ocean (the only other city like that is Halifax). Vancouver also has a less extreme weather, not too cold and not too warm. It is close to the mountains as well as Vancouver Island. It has some museum on aboriginal history, probably interesting. 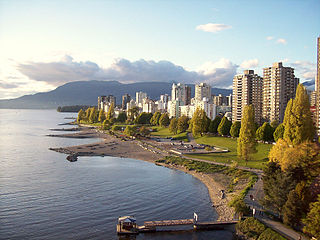 English Bay, Vancouver, BC, by No real name given CC BY 2.0, via Wikimedia Commons

Oh and a last thing. If you get a chance to try that in summer, Canadians are fond of going camping near lakes. If you want to feel Canadian, find a car, some friends if you are a solo traveller, and head to a park with a lake, camp there, eat s'mores, canoe on the lake or hike in the park.

Not the answer you're looking for? Browse other questions tagged canada toronto montreal or ask your own question.

1
Tourist - USA-Canada-USA in a few days
3
Montreal - Ottawa night connection at Sunday
0
Montreal - tips to avoid troubles with Immigration
31
First-Time Greyhound Traveller
25
How to get to Niagara Falls (Canada side) from Toronto airport during a layover?
4
Travelling with Greyhound buses in Canada
3
Is it possible to see the US side of Lake Ontario from the top of the CN Tower?