After my girlfriend's visa being cancelled at UK border, will her UK visa application be banned? [duplicate]

Ask Question
Asked 5 years, 4 months ago
Active 4 years, 11 months ago
Viewed 663 times
7
This question already exists:
After my girlfriend's visa being cancelled at UK border, can I get her a dependent visa via marriage? [migrated]
Closed 5 years ago.

I work in the UK and have a UK permanent residency visa. My girlfriend got a visitor visa to visit me and it was cancelled at the UK border.

Could anyone kindly advice if her visa would be banned on her next UK visa application?

(It's worth mentioning I have a post on Expatriates SE seeking migration options. I can remove the Expatriates post if necessary to remove duplication. The important matter to me at this life stage is to avoid visa banning)

My girlfriend applied a UK Standard Visitor Visa in April 2016 and stated that she planned to come here for two weeks, and she was granted for two years.

We misunderstood that 180 days were the actual limit, so we naively decided to let her stay in the UK with me longer instead, and I also planned to teach her how to write software. (I know quite a few people with 180 days visitor visas and stay for about half a year, which also led us to false belief that the 180 days are what we needed to adhere to.)

She bought a one way ticket to the UK (in May 2016), being asked to buy a return ticket before leaving China, and she was stopped by the UK border officers in Leeds. They took her to an interview, took her finger prints, gave her a visa cancellation letter as below, told her that she was authorised to stay in the UK for two weeks, and she could appeal for the case. 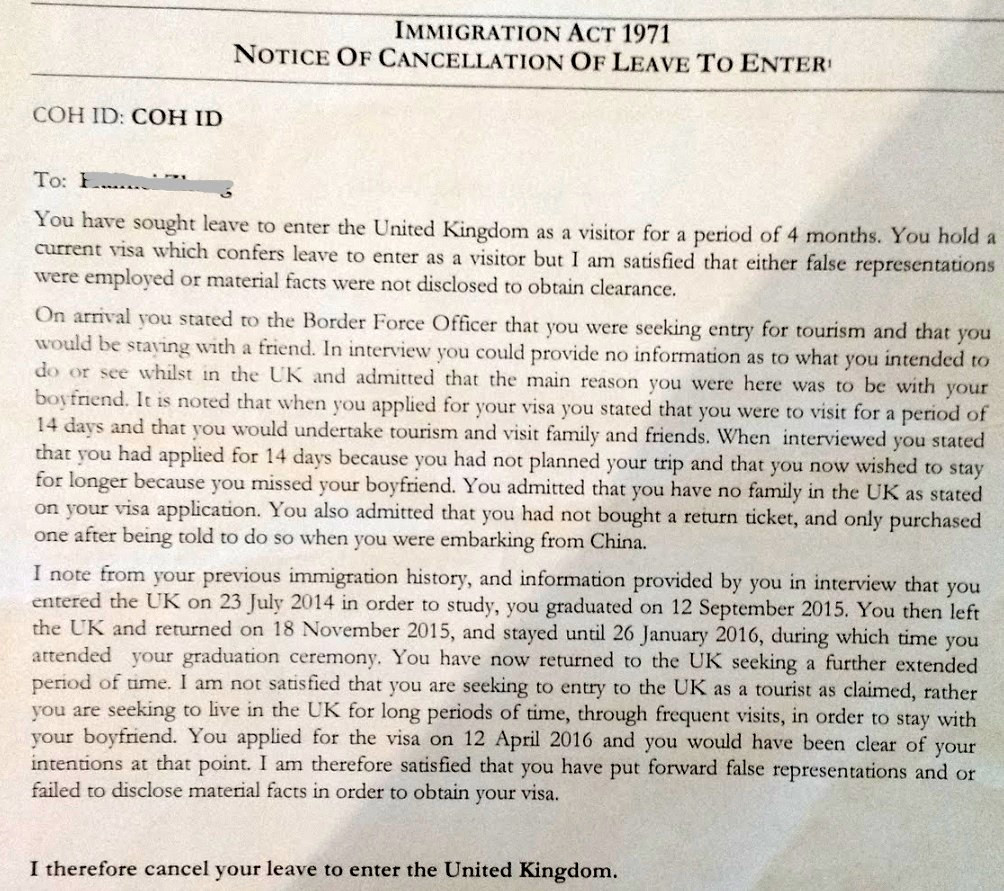 We failed to access legal help, so we didn't appeal, and my girlfriend left after two weeks. The border officers were very friendly and asking if we had any future plans. (I can't read any hint from this.)

Marks on her passport when it was returned: 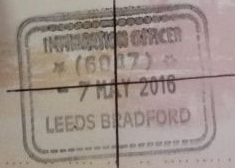 We are now not sure if her current visa is voided, because it was the entry being cancelled, but we are considering two options for the future:

We are planning to be honest about the case in the new application (put it in the previous refusal section).

I'm worrying if another Immigration officer would reject her next visa application and ban her for ten years due to the previous case. (Because I have read several posts from this site about banning UK entry.)

Browse other questions tagged visas uk visa-refusals chinese-citizens or ask your own question.

22
Cancelled UK visa on entry
3
How should I explain a previous refusal in a new UK visa application?
2
When applying for a USA B2 visa, do I need to declare previous UK visa cancellations?