When I know the airline, the flight number, and the airport at each end, but am very flexible with dates, how can I find the cheapest flights?

In my case the airline will be Aeromexico, and it would be from Shanghai, China to Tijuana, Mexico, and the flight numbers are AM98 and AM99.

But the dates could be pretty much anywhere from August 2016 up to six or even more months later than that.

In my case I'd be spending up to a year mostly in China and nearby Asian countries and taking a side trip to Mexico for a couple of months at some time within that, based on when prices are as low as I can find.

But I'm looking for a general technique that anybody could use to find flights.

I've tried Adioso, Momondo, and SkyScanner but they're all very inflexible and incapable for this kind of thing, unless I'm missing something.

Matrix allows you to do a month long search: 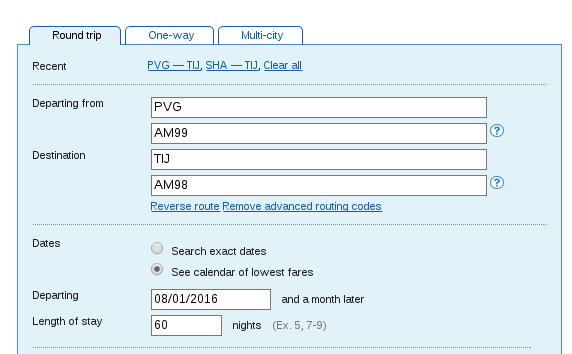 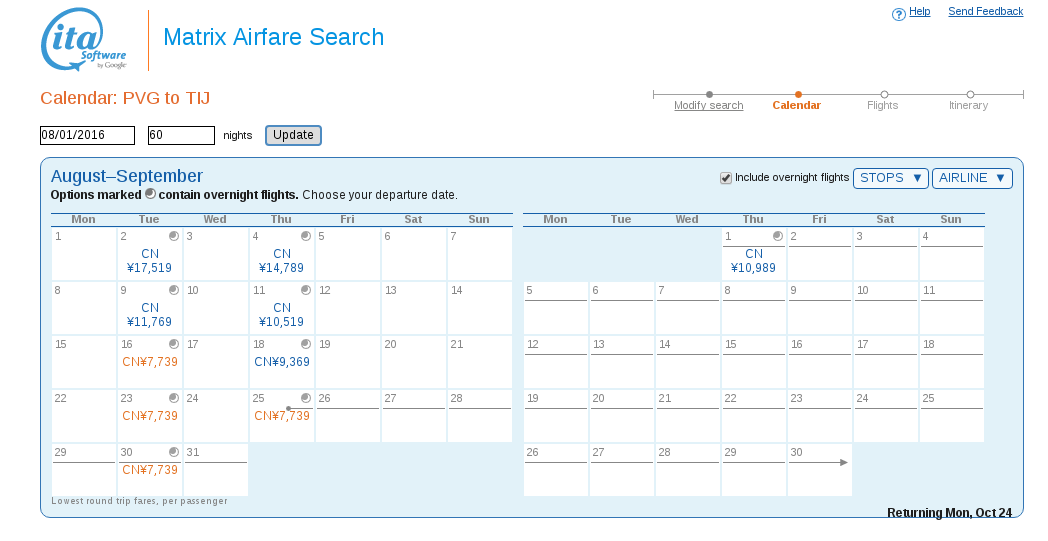 You'll have to search a month forward each time.

You can use google flight for this

You could give a start date (1st Aug) and a duration (55 days). Then the price graph would give all possible sliding windows of length 55 days starting from 1st Aug. 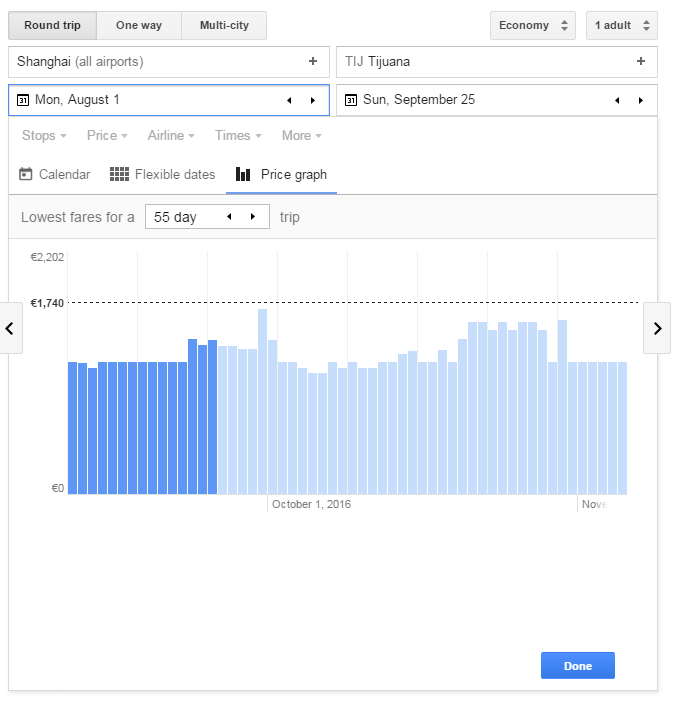 Try with Kiwi. I have written about Kiwi in my answers here and here.

Datewise, you can specify a date range of several month for both departure and return or a duration of stay of 2-31 days. The cheapest I get for departing August - September 2016 and staying 2- 31 nights is EUR 1079. 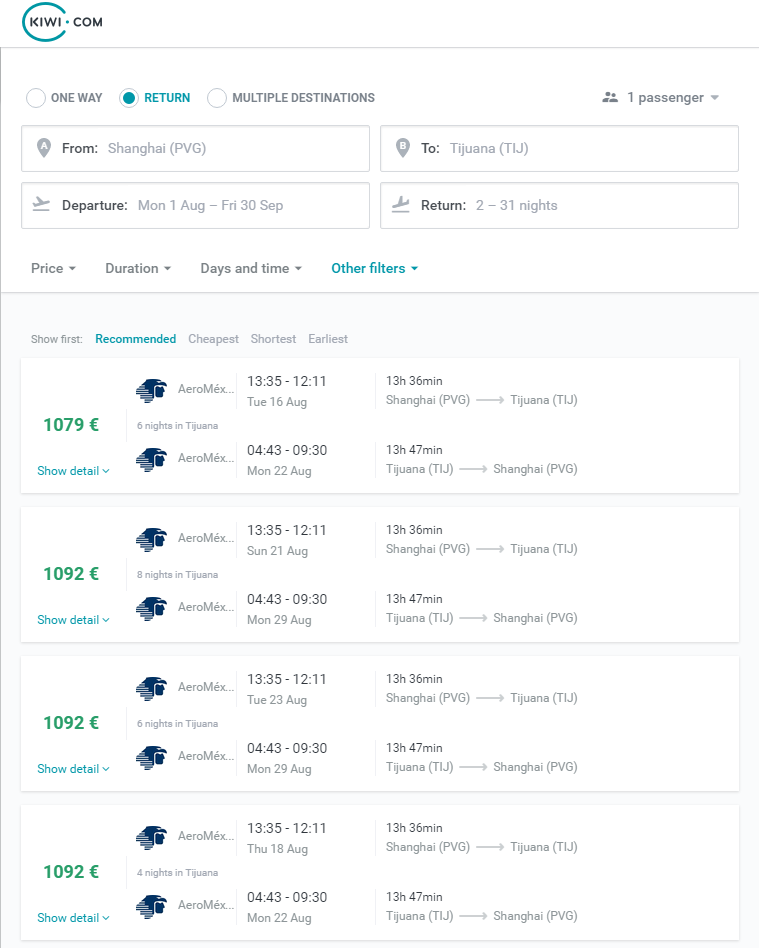 Funnily the graphics of Kiwi make it look like you were not flying over the Pacific ocean but the other way round :)

Like the above person said, only be totally inflexible on the times you're willing to fly out and land. Specifying the airport (not choosing "all airports") and specifying the airline couldn't hurt, either.

Not the answer you're looking for? Browse other questions tagged air-travel budget online-resources flight-search-engines or ask your own question.

3
Price alert for a specific flight or set of flights
112
How can I do a "broad" search for flights?
38
Flight Search from anywhere to a specific destination
2
Flight Search Specifying Duration of Stay

7
How can I check if a flight has landed or is delayed when I don't know the flight number but know some facts?
1
How can I find the cheapest Spirit flight from my location to anywhere?
1
For multi-city flights, how can I find the cheapest flights if my dates are flexible?
3
When Aeromexico's site suggests economy is "sold out" on all their flights between Mexico and China or Japan, does it really mean "sold out"?
51
How to search for a flight when dates and cities are flexible but non-direct flights must not pass through a particular country?
3
Finding an inexpensive long stopover "anywhere"
3
Return trip flight search with fixed takeoff/departure date and landing/arrival date
2
How can I find the time schedule of flights to/from a given airport?
1
How can I know if a flight number is codeshared, and if so, what other flight codes the flight have?