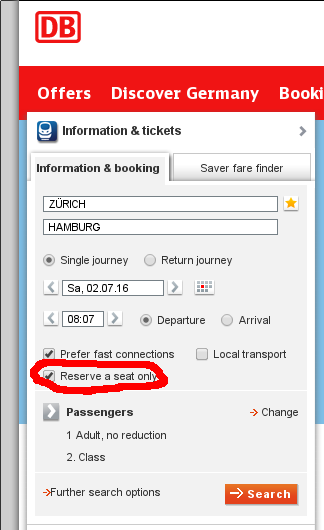 17
What is the difference between i-ticket and e-ticket in India's online train ticket reservation?
8
Is a train reservation required or optional on ICE in the Netherlands and Germany?
6
What will happen if 2 out of 3 seats are confirmed and 1 seat is in Waitlist which is booked via IRCTC online?
4
On German ICE trains with compulsory seat reservation, can I buy it on the train?
16
How do DB seat numbers work?
1
Can I buy a 5-day flexi twin pass at the Frankfurt airport or train station and use it that day?
44
Who compensates my UK train ticket when the train in the ticket didn't exist?