Should I plan a single route across Australia or split them with a flight?

I'm considering migrating to Australia, but before I can make that decision I want to explore the country. I've set my sights on Perth, but relocating through my employment will probably see me ending up in Melbourne or Sydney at first.

Because of work and the different climates of these places I feel like taking a couple of weeks vacation and see as much of the country as possible. I'm looking at camper-van trips, but these mainly focus on either east coast or west coast. I've seen nice itineraries for Melbourne to Cairns, and Perth to Broome. Ideally I'd like to combine them but I'm unsure if I should connect them by camper-van or a flight.

What are things I should consider when deciding for one or the other? My main concerns are travel time and expenses vs. the sights and experience I'd skip.

This almost comes under 'opinion based', but we can treat it as a compare-and-contrast option. Hi from Sydney, BTW.

Australia is huge. Literally similar in size to the US. That doesn't mean you can't drive across it, but you have to take things into account that don't occur to people compared with the US:

There's a reason the main tourist trail is on the east coast - it's where most people live, and where most of the interesting stuff is in terms of variety.

A common backpacker route (if doing a circle route) is to go from say, Melbourne to Sydney (perhaps via Canberra), up the coast to Byron Bay, Gold Coast and the Sunshine Coast, Cairns etc, then perhaps inland/across to Darwin, down to Alice Springs (Uluru, woo!), through to Coober Pedy and Adelaide (with Kangaroo Island), and back to Melbourne, or at least a similar route with alternative starting points (perhaps Sydney).

Perth is usually considered a flight - most wouldn't consider driving, busing or training - although all are options. I've taken the bus from Adelaide to Alice Springs, and that alone is 20 hours.

So, it depends what you're after. If you've got the time to do a trip that you probably won't get much chance to head back and do again, maybe consider the harder Perth to Broome. If you're after seeing the sights and places that Australia is known for, then you're better off on the east coast.

If you're going to do both, fly or bus. You don't want to be the tired driver driving in twilight, dodging kangaroos and worrying about the gas light that's been on for 50km. Unless of course, that's your thing ;)

TLDR: Unless you love adventure you should fly.

Perth is a beautiful city, with some amazing beaches and scenery. If you want to do a grand tour of Australia it's a must.

But there's several deserts between Perth and any other city. It's 2700km (1650mi) to Adelaide and you have to cross the Nullarbor Plain - a stretch 1,100 kms long on the edge of a desert. It's called a plain for a reason - it's very plain. 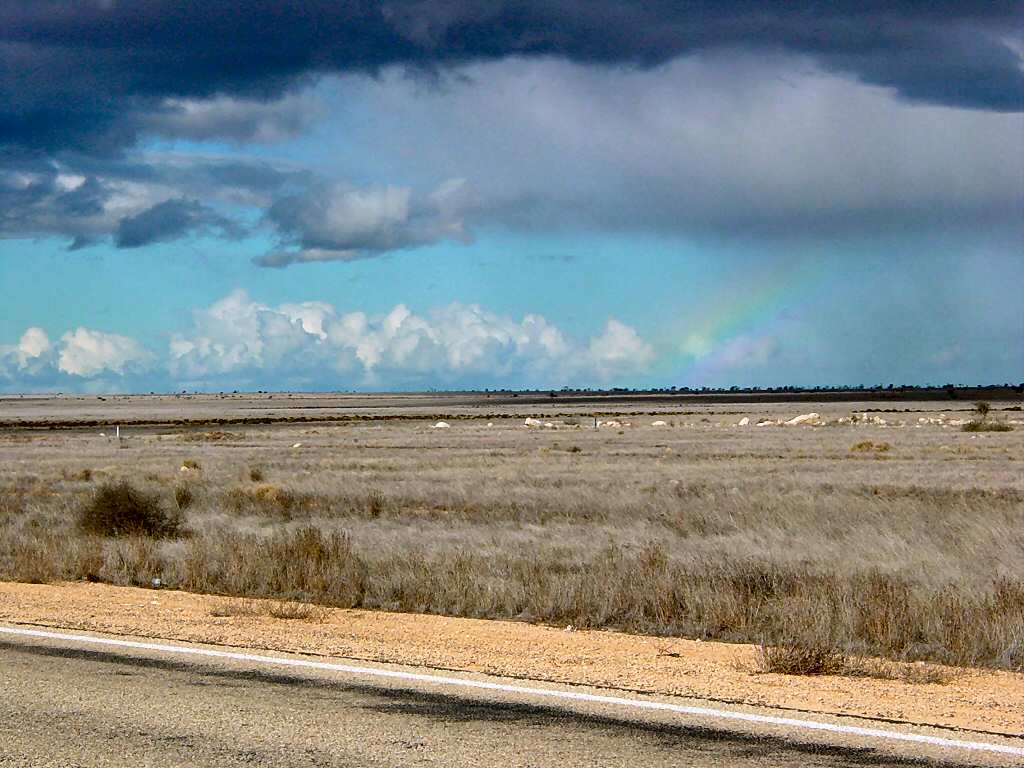 If you're the adventuring type and you have a spare week, crossing the Nullarbor should be on your bucket list. But if not, you should fly.

I have been in Australia as a tourist, traveled east to west with the Indian-Pasific, overland (with a tour) to Alice Springs (seeing the famous sights on the way,) flew north to Darwin and took the train south. (With a couple of tours to see things where I was.)

I love trains and sitting in a train for a few days, but even for me the Indian Pasific as sit up passenger was almost too much.

Unless you really want to see the interior, fly.

Don't take me wrong, I loved the interior parts of Australia, but those are worth a tourist visit, not an 'I am going to live here' one.

Not the answer you're looking for? Browse other questions tagged australia itineraries recommendations or ask your own question.