Has the Stalin Musem in Batumi shut down for good or will it reopen?

Today I decided to go have a look for it since I hadn't found it in my wanderings. When I found it, it was looking a bit derelict: 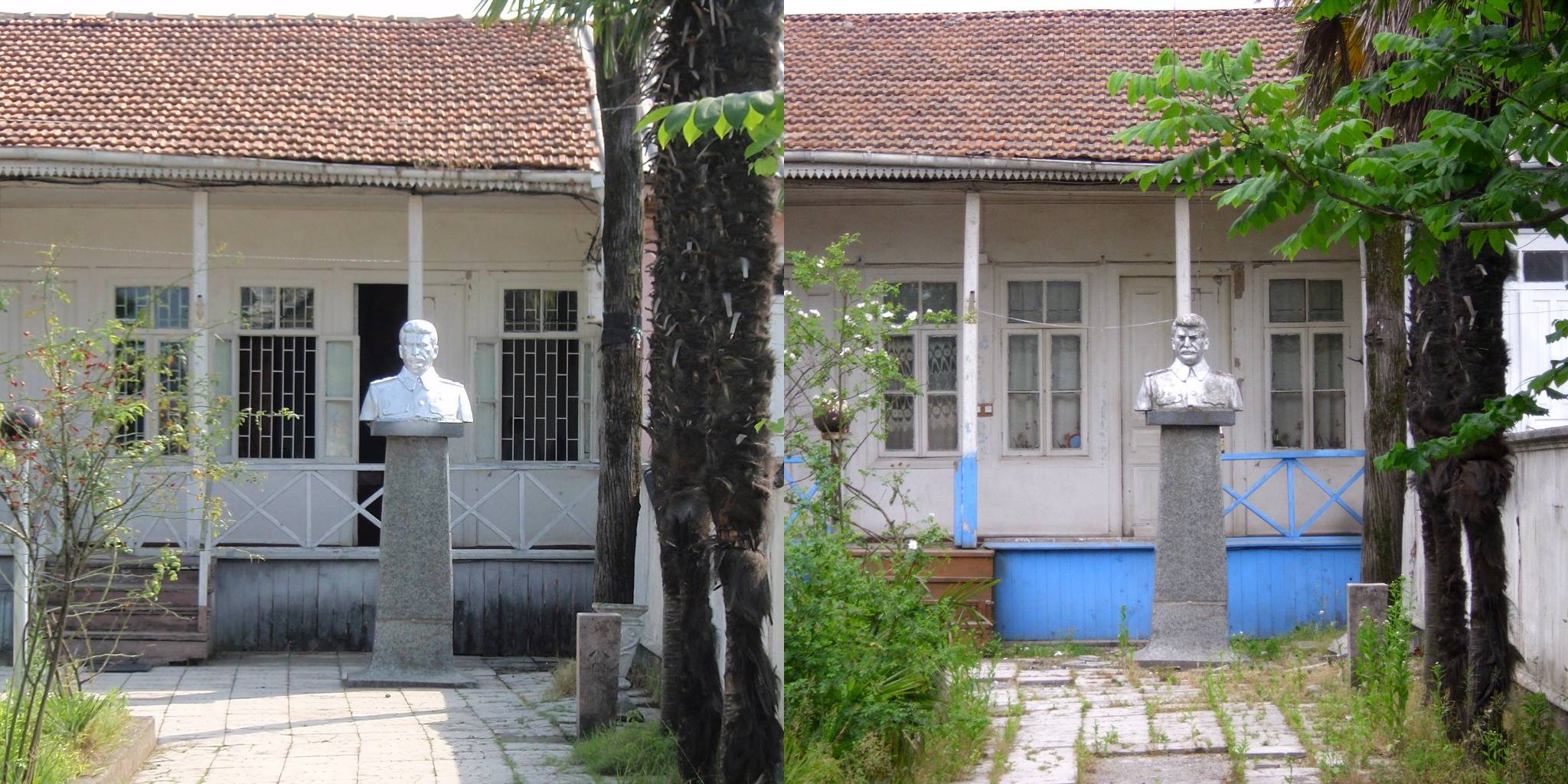 There were plaques by the gates in Russian and Georgian stating that Stalin lived here, but there was a big padlock on the gate and no sign of any kind indicating that it is now or ever was a museum.

The museum does have a listing on the "Georgian Museums" website, but it is not mentioned at all on the "Museums" page of the "Tourism Adjara" website.

So has this museum closed for good or is it just on some kind of hiatus awaiting the 2012 summer tourist season and in need of a tidy up?

georgia-country museums batumi
Share
Improve this question
asked May 21 '12 at 15:34

I tried to visit it today. No signs of a museum there. Guy from hardware store nearby led us to a steel fence and we made our way inside. Stalin's postument is no longer there and we found a guy lying on a bed surrounded with vodka and beer bottles and ashtray full of fags, he himself looked as Stalin with his moustache and hairstyle;) So I don't think that it is to be opened in near future... especially according to the hen wandering in the garden.

I went to the Batumi one about a year and a half ago. All three rooms of the museum were open and there were staff on hand to sell tickets.

There was no indication at the time that it was going to be shut down.

Not the answer you're looking for? Browse other questions tagged georgia-country museums batumi or ask your own question.

12
Will I need to take special precautions for spending the winter in Tbilisi, Georgia?
6
Does Georgia (the country) have a museum or sculpture park of Soviet/Communist/Socialist art?
10
Status of David Gareja - rocky monastery on the top of the mountain