My mom will be travelling from Europe to Canada (Winnipeg) soon and I've been researching how to streamline the transfers for her, as she doesn't speak English.

She will be travelling from Warsaw to Toronto and then Toronto to Winnipeg. The second flight is listed as "LOT-Polish Airlines Operated by Air Canada". As far as I understood, in Toronto it will be mandatory for her to pick up her check-in luggage then recheck it again.

I am unsure about the recheck process. On the Pearson airport website it says "Drop off your baggage at the connection drop-off belt". What does this mean exactly? Does she have to go to an Air Canada desk and show her boarding pass for Winnipeg to check her luggage again? Or is there an automated belt where she can drop off the luggage without any check-in?

If, as I expect, LOT have tagged the bag as Winnipeg via Toronto, she literally just puts it on the belt as you do after clearing preclearance when you're leaving Canada. If it is short-tagged to YYZ, then she would need to get some staff to tag it properly for her. When she checks in for the flight in Warsaw she can confirm with the gate agent "you're checking my bag right to Winnipeg, right?" and ideally the agent will reply "yes, but remember you have to take it through Canadian customs in Toronto yourself." If for some reason the agent replies "no, it is tagged only to Toronto" then she will need to speak to staff on the ground in YYZ who will tag it on to Winnipeg.

I live in Calgary, and quite frequently travel to/from Europe on Air Canada (or StarAlliance-affiliated airlines), so have done exactly this transfer-from-international-to-domestic-Air-Canada-in-Toronto operation many times.

Your mother's baggage will be tagged in Warszawa through to Winnipeg, however as you correctly understand, she will need to collect it in Toronto and re-deposit it. The purpose of this is essentially so that she will have the baggage physically with her when she passes through Canada Customs, which will happen during her transfer in Toronto (so if there are any questions, if they want to inspect the baggage, etc. then she can do that). 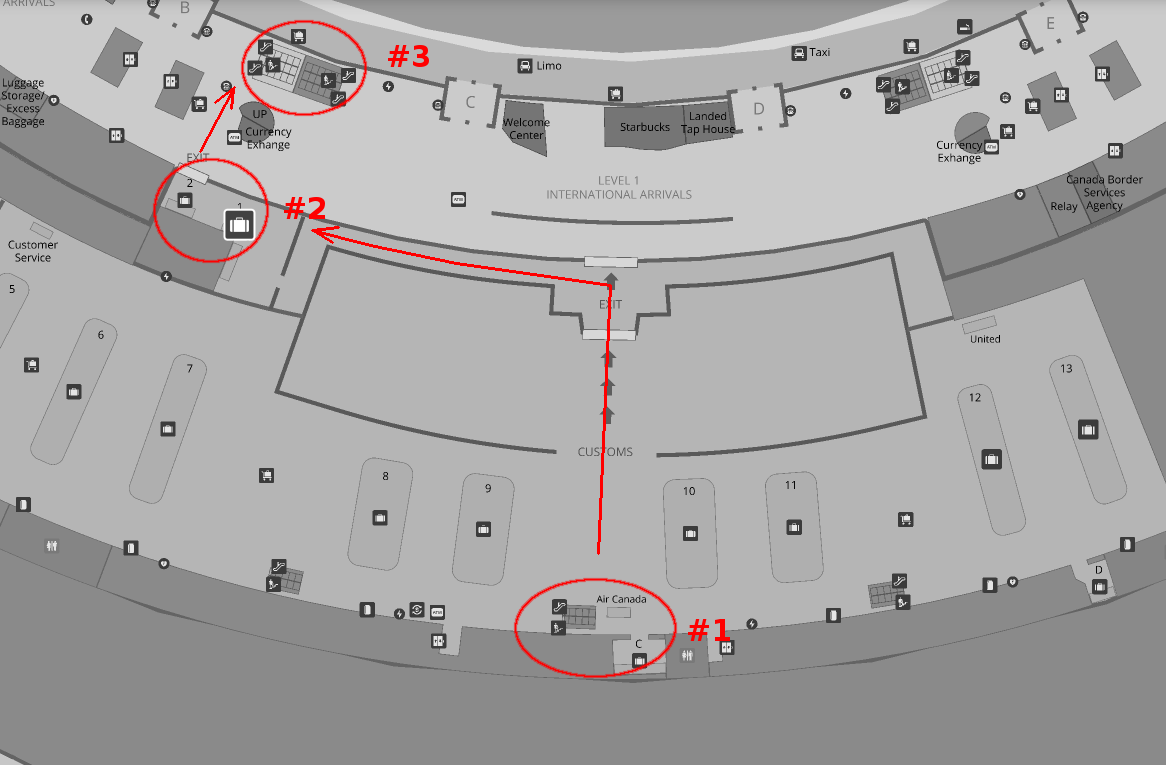 Not the answer you're looking for? Browse other questions tagged transit luggage connecting-flights air-canada yyz or ask your own question.

3
Toronto - Quito via Cleveland and Houston, do I check in for every flight?
6
Untagged bag put on to luggage belt in Toronto Pearson after US customs cleared
7
Luggage in multi-connection intercontinental air travel
5
How do Connecting flights from international destinations to US destinations work at Toronto Pearson?
3
Travelling from Winnipeg to YVR to Haneda to Sydney, multiple airlines -- Can I through-check baggage?
2
Flying from Winnipeg to Auckland with 2hr 20 min of connection time at Chicago. Is it enough for an international connection?