What is this tower I found in Spain?

No openings on three sides. Door and windows face south. No other openings except ditch from underneath, going north to point straight at Azqueta, but it only goes a short distance. Seems at one time to have had a pipe going from bottom to top. No signage.

Pipe makes me think of water, but it is on top of a hill, and it is a long way from any point higher or to any village. 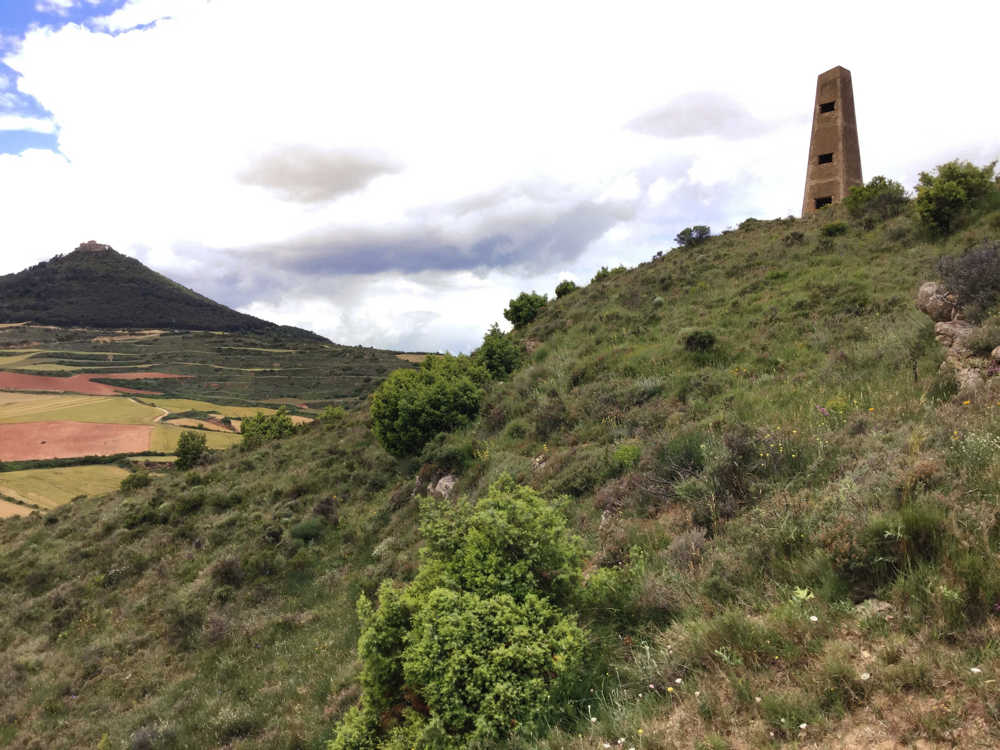 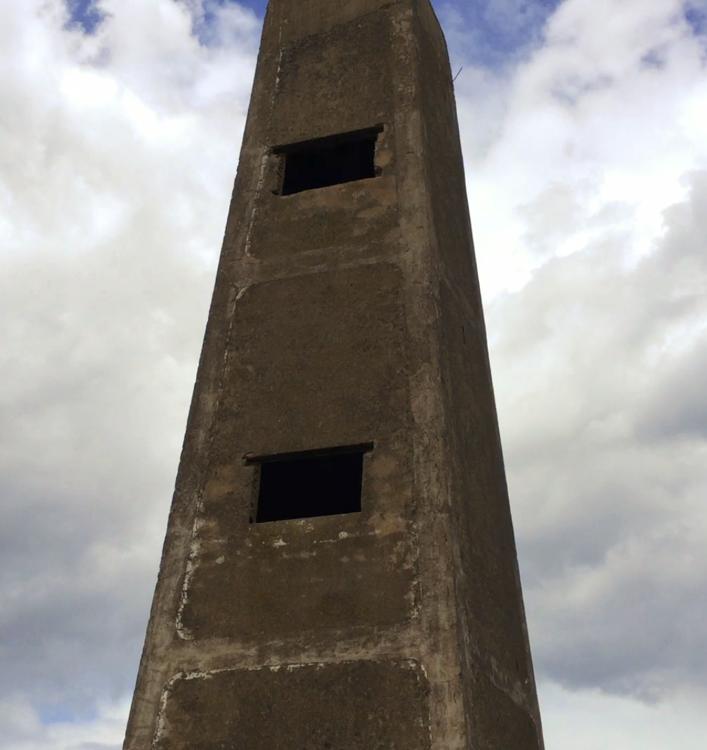 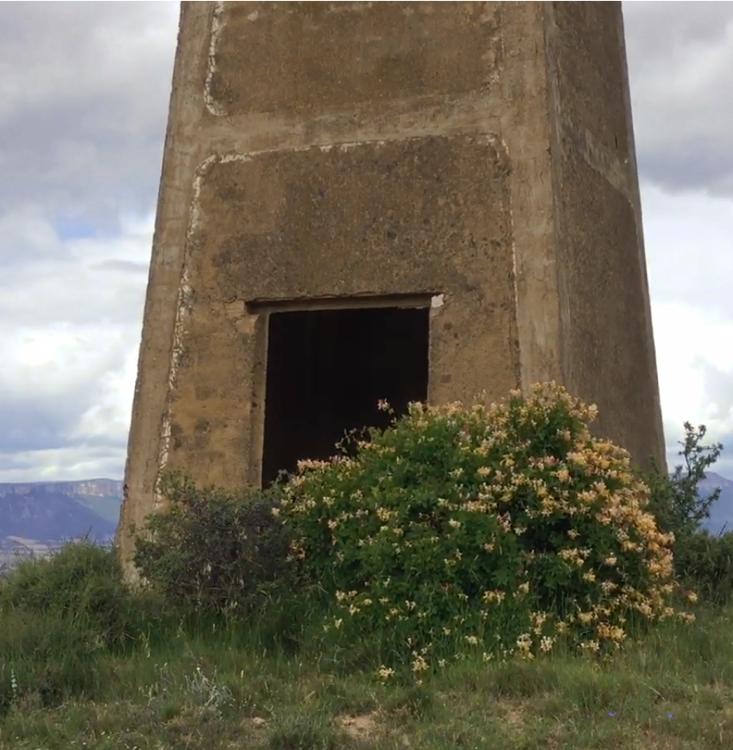 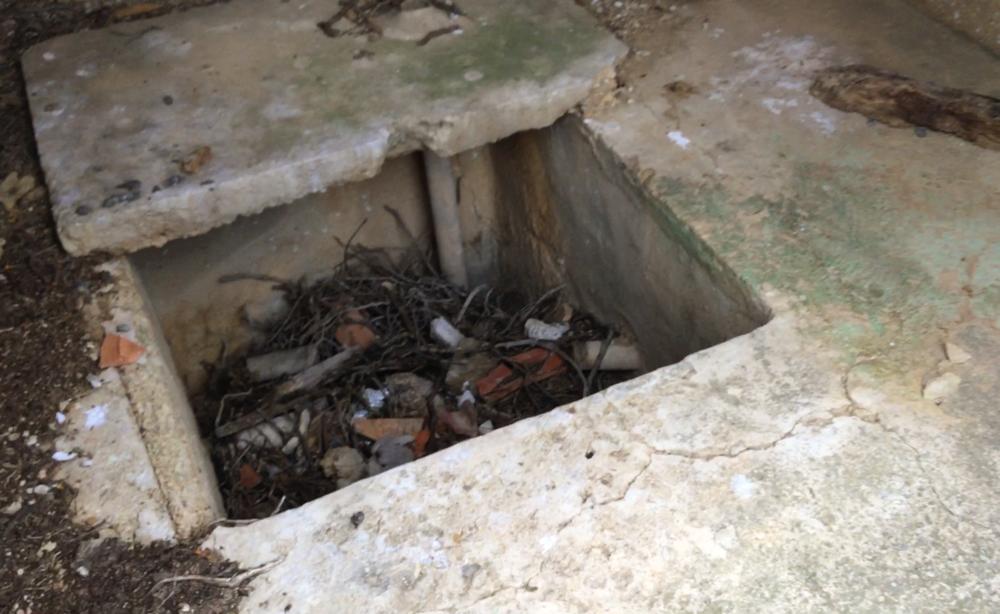 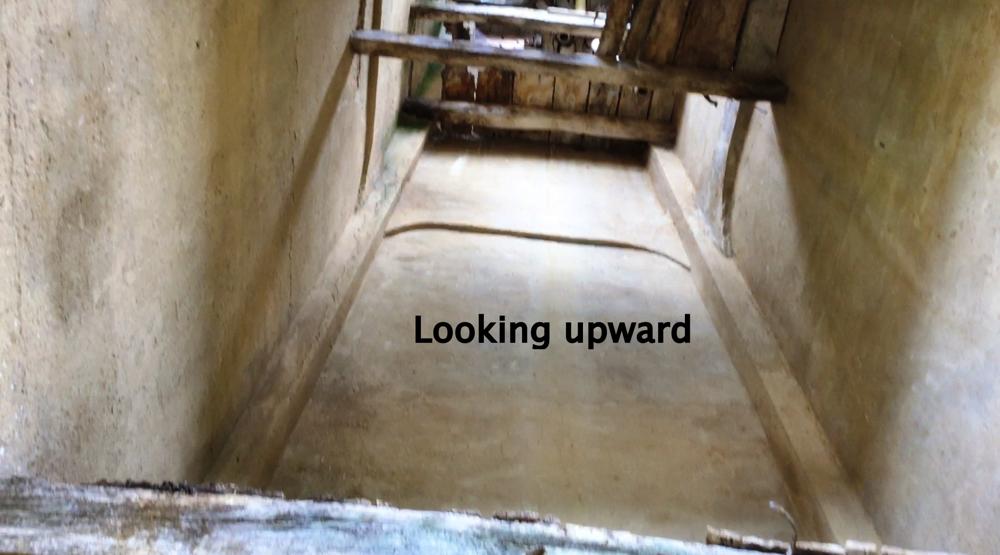 I found someone who knows. One of the residents of Villamayor de Monjardín was three years old when it was built in 1948. It was a gravity water tower that has since been replaced by pumps.

There is a spring on Montejurra, a mountain some distance away. They actually ran pipes down into the valley and up this hill to a tank that is no longer in or on the tower. The base of the tower is the same altitude as Villamayor de Monjardín, so the residents no longer had to carry water in or truck it. The resident I spoke to owns a vineyard close to Azqueta, so he occasionally had to go up to the tower, which provided his irrigation as well as the running water to Igúzquiza, Azqueta, and Villamayor de Monjardín.

He was not sure what year the Mancomunidad de Montejurra built the current water system that taps into many other springs and rivers to serve a much bigger region. But that's when the tower stopped being used, and the access roads were reclaimed by local agriculture (which is why it is no longer easy to get to). The villages of Azqueta and Villamayor de Monjardín are now supplied by a pump somewhere near autovía A-10.

Not the answer you're looking for? Browse other questions tagged spain identify-this architecture or ask your own question.