I've applied for a visit visa to spend my paid annual leave with my fiancée - 10 days ( British Citizen ). Although I 've submitted all the requested documents ( signed application form, Employment letter, 6 months bank statements, salary slips for 6 months, copy of residency card, copy of my property contract, my old passport, my fiancee's bank statements for 6 months, mortgage statement, p60, invitation letter, copy of her passport ) they still refused my application although I've complied with my last visa conditions. Could you please help explaining this refusal letter? 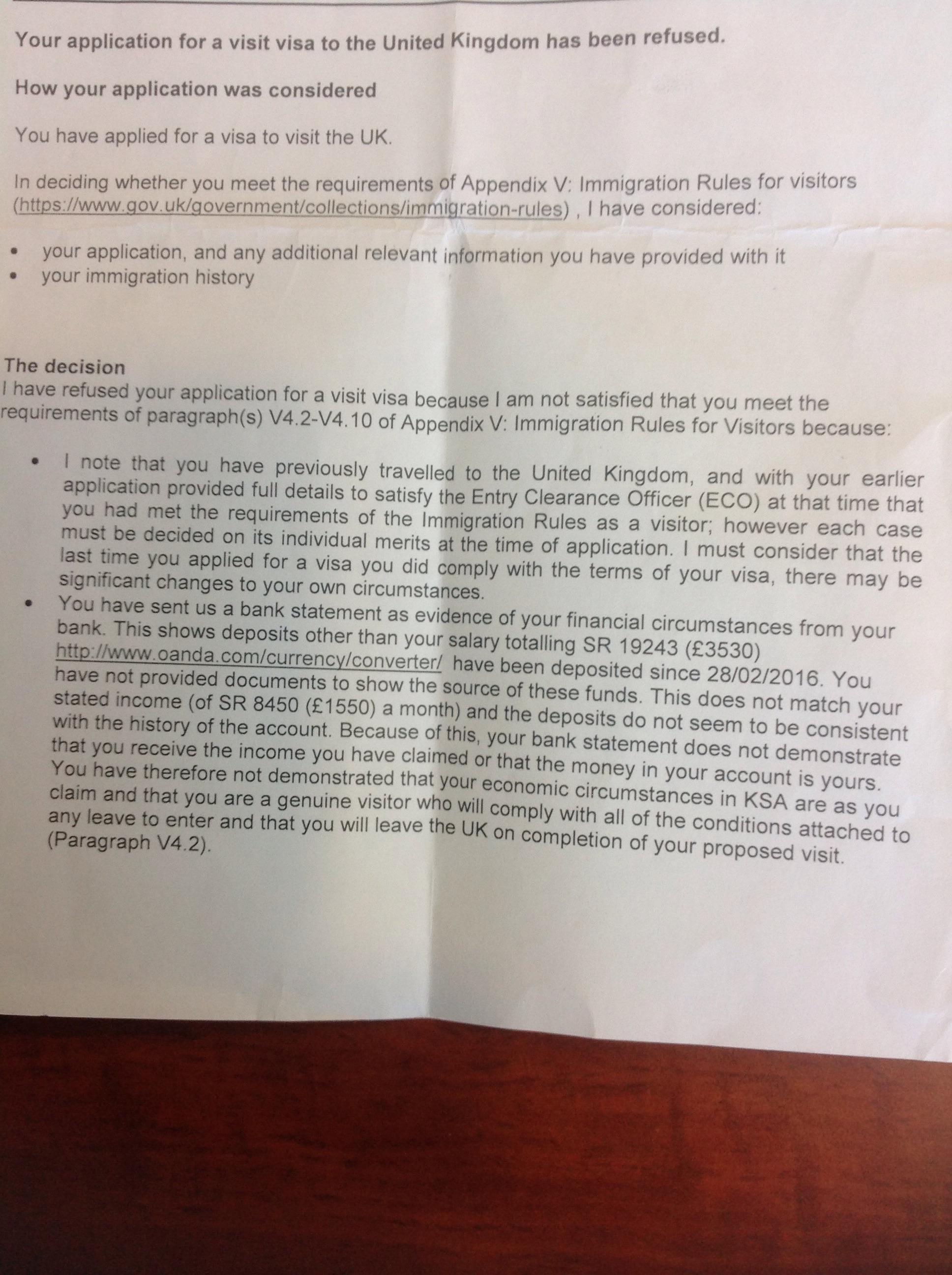 The letter is not the right way around, so it's a little difficult to read.

It exactly states why your visa was refused. When you give your bank statements, they will not just look at a specific month, they will look over the period. It appears that you have noted down your salary being something, when you have been getting a lot more than this and you have not provided any details to where these funds have come from. This appears to them as being suspicious as for example, someone could be paying you a dummy salary to prove that you are working. In most cases, when you receive a salary, monthly payments are normally consistent so recieiving a lot more and a lot less during the months is a little suspicious when you haven't provided details to where these funds are coming from.

The first point, which I believe relates to the second point. They are basically stating that just because you were granted the first time, does not mean that you are given a right to enter again. It states that your circumstances have changed - Were you in a relationship the last time that you was granted entry? If so, they could see this as you're now in a relationship, your funds do not match what you are saying in terms of employment and I doubt the fact your partner has a mortgage and is settle down in the United Kingdom.

Hope this helps a little