Is there a way to keep up to date with Schengen border crossings being closed/controlled due to the migration crisis?

This question is inspired by this meta answer.

In late 2015, a number of Schengen countries introduced border controls in response to the migration crisis.

This question is:
Which Schengen border crossings still remain controlled due to the migration crisis?
Is there a way to keep up to date on this as it changes - particularly during travels - other than trying to keep on top of any developments in the news?

It's nigh impossible to know this without extensive recent experience with a specific border. Even news reports can be misleading and there is no easy way to keep up with the situation.

There is a procedure for a member state to officially notify the EU Commission that it is reintroducing border checks (cf. title III, chapter II of the Schengen Borders code), which is probably the basis for many maps and articles you will find on the net. A list of states that used the procedure is available to the public on the official EU website. But whether states did it or not does not really reflect actual practice on the ground.

For example, I have heard many direct and indirect reports from people who crossed the border between France and Italy and witnessed border checks there but, to my knowledge, France never notified the EU about it and the situation has been going on for much longer than envisioned by the regulation.

On the other hand, France did report its intent to reintroduce border checks for the Paris Climate Conference last December but even after the Paris attack that happened at the same time and the ongoing state of emergency, the checks are far from systematic.

And when states do reintroduce border checks, legally or illegally, they typically focus on specific locations, targeting sensitive borders, larger crossings or public transportation networks rather than actually staffing each and every border crossing point (many of which don't even have a building anymore). I believe many Schengen countries have reduced the size or refocused the tasks of their border police force and simply do not have the capacity to perform full border checks without seriously straining their regular police force. 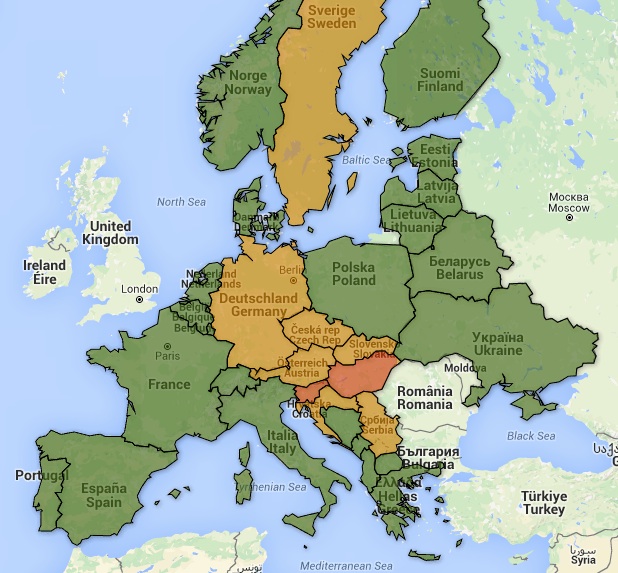 Since, this image was made (on November 12th), the terror attack in Paris happened so France should be orange : random checks at their borders. (government said it is closed but I actually go through the border with germany often and it is just a joke...)

EDIT: this map shows the exact closed / checked borders on the migrants route to Germany. It is not providing any other information about other routes (to nothern countries per example). Map has been made in March 2016. 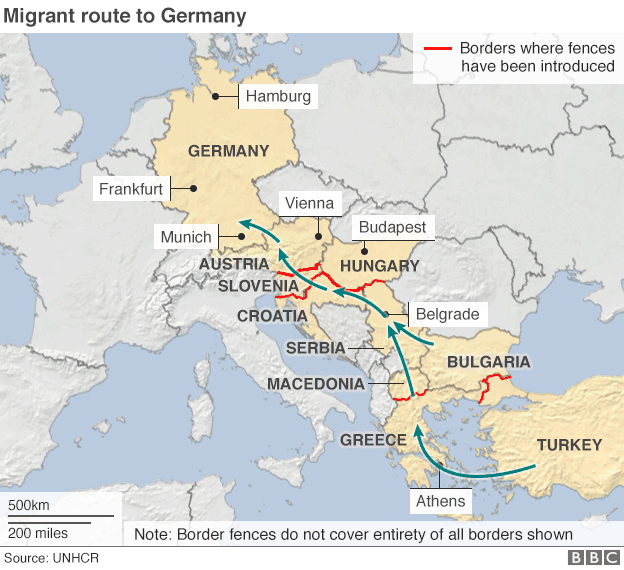 Not the answer you're looking for? Browse other questions tagged schengen tips-and-tricks borders event-based-effects land-borders or ask your own question.

17
Travelling in/out France after the attacks of November 2015
23
Implications of Temporary Internal Border Control in Schengen Countries
21
What do the intra-Schengen border controls - reinstated in September 2015 - change?

12
Is there another way to cross the Iran-Pakistan border overland? i.e. not going via Zahedan/Quetta?
6
Can I get an e-Visa for Turkey with a Schengen visa for an earlier date than the Schengen visa?
1
Travelling in the Schengen Area with Spanish National Visa. Would there be stamps?
5
Data retention for EU citizens travelling between UK and EU during Brexit transition/implementation period
7
Am I allowed to travel from Romania to the Netherlands in current COVID-19 situation?
7
Is there a website with up-to-date info on border checks in the EU due to Covid-19?