Where can I see a Settebello trainset?

The Settebello was a high-speed (for the time) service on the Milan-Rome line. It used highly distinctive trainsets, with an observation lounge at each end of the train.

Is there anywhere (e.g. some rail museum) where I could see one of these trains (ideally being able to go inside)?

Good news: there's a plan to refurbish a Settebello train and bring it back to service:

“Settebello” electric multiple-unit: the refurb has started. Coaches 6 and 7 will be redesigned thanks to the collaboration with DIT- Laboratorio Design Italiano (Italian Design Lab), who will propose projects incorporating the most advanced technologies available

The workshop that will renovate the Settebello has just been selected:

After many months of negotiations, the tender for the restyling of the ETR 302, otherwise known as the Settebello, has been awarded. Once the work has been completed this jewel in Italian manufacturing’s crown will run along some of Italy’s most splendid lines once again.

This is the announcement (in Italian, so what follows is my translation):

Thanks to the effort of Fondazione FS Italiane, the ETR 302, known as Settebello, the mythical luxury electric multiple-unit train that was inaugurated in 1952, known for its elegant forms and as a symbol of Made-in-Italy and of the postwar economic boom, is coming to life again.

The public tender, managed by Trenitalia on behalf of Fondazione FS, which owns the convoy, has been awarded to the O.M.S. workshop in Porrena (in the province of Arezzo). The total value of the operation amounts to around 13 millions Euros, four of which financed by the Ministry of Cultural Heritage and Activities and Tourism, and the other nine from Fondazione FS through the Italian State Railways Group.

The works for the full aesthetic and functional recovery of the ETR 302 will take around 2 years, at the end of which a real gem of the Italian State Railways will ride again on Italian tracks, for tourism and culture. The recovery will feature an exact historical and philological reconstruction of the furniture and its refined interiors, as designed by Giò Ponti and Giulio Minoletti in 1950. At the same time, the train will sport the most modern technologies, which will enable it to travel up to 160 km/h.

In the meanwhile the Settebello, towed by an E656 engine provided by Fondazione FS Italiane, has left the Trenitalia Workshop of Voghera, where it had been placed, to be transferred to Rome and from there to Arezzo and then Porrena, to the plant where the ETR will be brought back to its former glory.

“At the end of the refurbishment works - commented Luigi Cantamessa, General Director of Fondazione FS, who has personally curated its recovery and redesign - the train will look exactly as in its first journey between Milan and Naples, in the middle of the postwar reconstruction, while providing modern-day safety and the comfort of a prestigious luxury train. It will be a "flag train" for rail tourism in Italy, capable of travelling from Trieste to Reggio Calabria along the most scenic railways. As in '52, the Settebello, the train of rebirth, will become the symbol of a new kind of experiential and sustainable tourism, taking us everywhere in the Bel Paese so that we can admire it from its panoramic front lounge”.

Only one of the ETR.300 Settebello trainsets survives. ETR.302 is stored at Falconara Marittima station, a few km north of Ancona.

It's in a very bad state and you can't get inside. 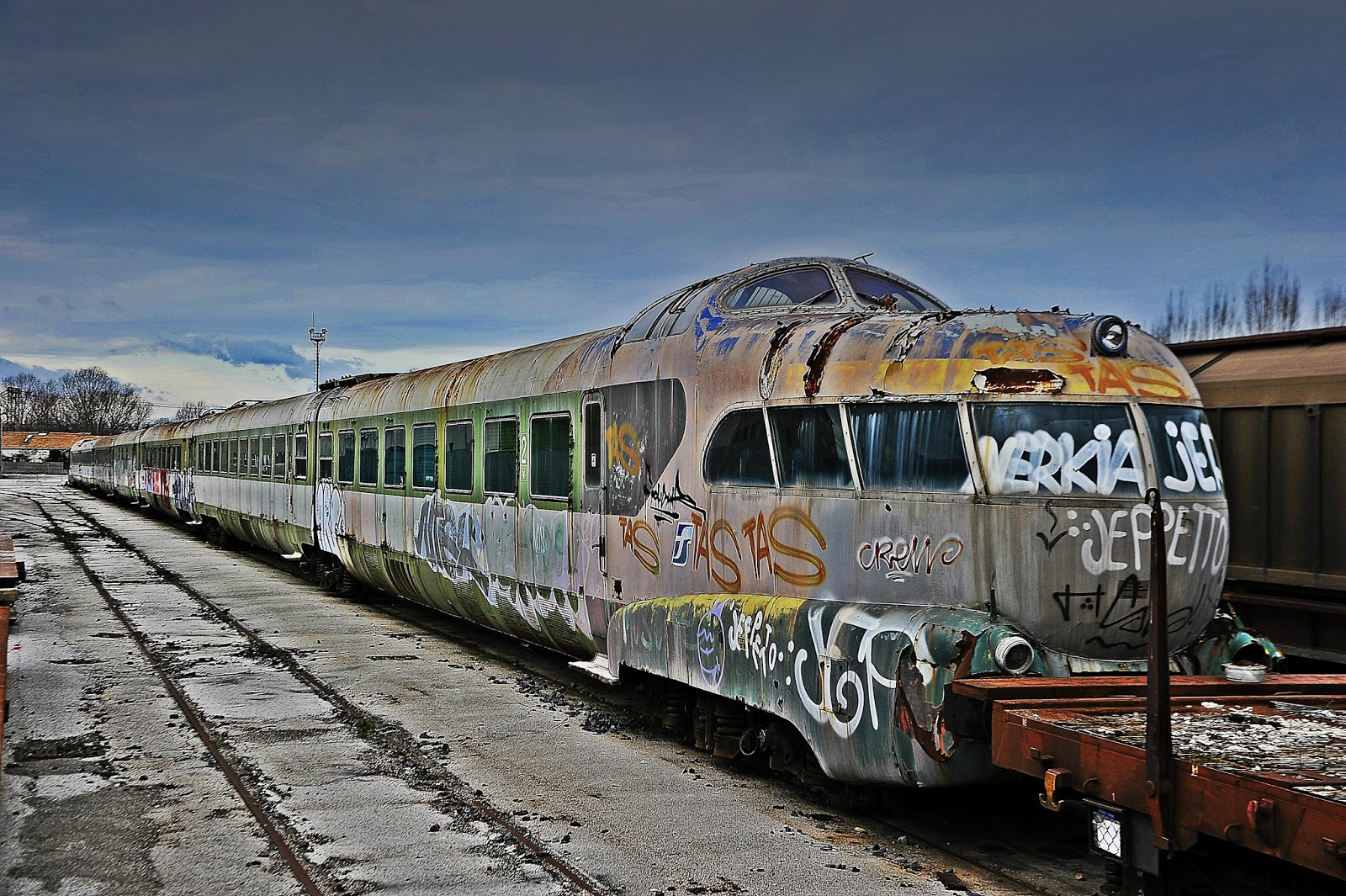 The train has already been cannibalized, and some of its interior was replaced in the '90s so it's not in its original state anyway.

I'm no train expert, but it seems the Settebello term is just applied to the ETR-300 series of trains. As Hobbes points out, it doesn't seem like any of these are left. The best I could come up with is a model at the Pietrarsa museum. However, on researching the Settebello there is a series-250 called the Arlecchino which does have a model in service. A recent post shows some photos of the train for comparison. 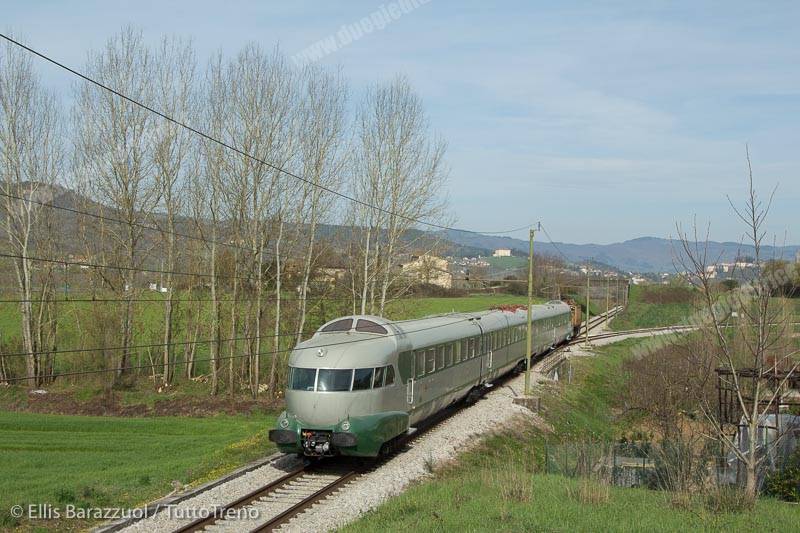 Some photos of both series available here and various videos on youtube.

2016 link indicating train is in service.

Not the answer you're looking for? Browse other questions tagged trains where-on-earth museums or ask your own question.

7
Buying a rail pass from a non EU country and reserving seats in advance
10
Why doesn't Australia have any trains that can go faster than 160 km/h?
25
What high-speed intercity trains allow passengers to sit in the front cabin?
11
What is the shortest segment of high-speed rail out of Barcelona where trains reach the maximum speed?
7
How does the conversion of Hoekse Lĳn to Metrolĳn B affect Rail & Sail tickets?
10
Will a 28-inch suitcase exceed the size limitation in Poland's trains?
21
Is RailTeam's HOTNAT guarantee generally honoured in practice?
14
Is the bullet train in China typically cheaper than taking a domestic flight?
4
Do high-speed trains in China have an area that can be used to make audio/video calls?