Where to buy/top up public transport tickets in Lisbon?

On a recent visit to Lisbon, I made considerable use of the public transport system. On first arriving at the airport, I purchased a "Viva Viagem" card, and loaded it with some funds. This worked pretty well, getting me bus, tram and metro rides, as well as some local train journeys outside of the city. 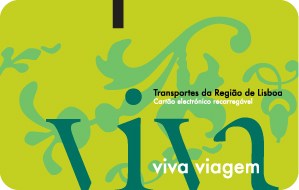 However, the only places I saw and understood to top up this card/buy a new one were the ticket offices and ticket machines in metro stations. I did actually see one of these machines by the castle entrance as well. Other than that, I didn't see anywhere to get the tickets. As you can't pay on boarding for at least some trams etc, this left me in some difficulty at one point, being at a stop in Belém without sufficient credit. The metro website only mentions buying on the metro. The Carris website suggests other places, but I'm not entirely clear on where it was recommending, or how I would find them on looking around me near a stop (also, I hadn't read the page at the time).

So, where should I have gone from near the stop Pedrouços? How could I have known that at the time?

This question has been asked as part of the June Bounty Bonanza, and as such, will have a bounty awarded. If there are really good answers in place by the time the bounty is awarded, the bounty value may increase

You can load the card both in the subway machines, but also in the train machines on Lisbon and surrounding (Estoril Line, Sintra Line and Azambuja Line) present in all stations

This already gives a considerable number of spots.

Considering you were in Pedrouços, and since there is no longer a train station there. your best bets would be either Algés or Belém (depending on where you were you could choose either one).

Carris, the bus company, has a very small network of owned selling points and no machines at all. They mention however that you can use the CTT (snail mail) stations and payshop to charge your card. The one that I found closer to Pedrouços is :

A full network of CTT and payshop stations can be found here:

Not the answer you're looking for? Browse other questions tagged public-transport tickets portugal lisbon or ask your own question.

7
How to buy & use train tickets from Algés to Lisbon

4
Montreal on public transport: what kind of tickets to use?
4
Tickets for occasional public transport use in Lille?
11
Where can I listen to authentic Fado in Lisbon?
21
Does the cartography workshop where Christopher Columbus lived in Lisbon still exist?
6
Taizé prayer in Lisbon: where?
10
Is there any way to "Unload" credit for a Lisbon Viva Viagem card?
3
Getting from Khao Sok to Bang Saphan, Thailand by public transport
3
Public transport in Warsaw - time tickets
7
How to buy & use train tickets from Algés to Lisbon