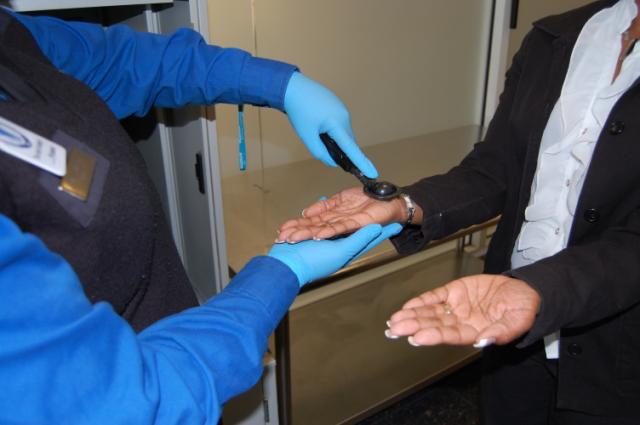 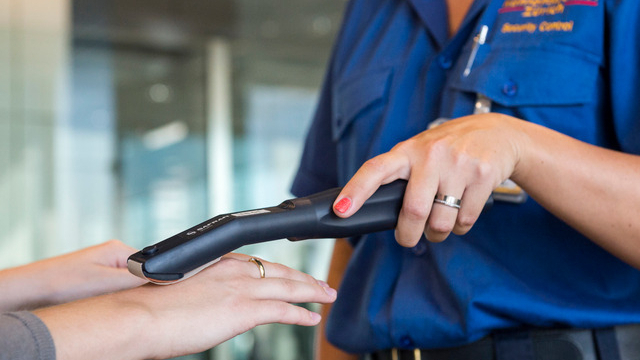 They were checking you hands for traces of residue from explosives, and it is common practice, especially in Europa, from my experience.

I have been swabbed many times, but I found that it happens more often in Europa than in the United States, at least in my experience. When I'm swabbed in the United States, they usually swab the outside of my luggage, my laptop, other electronic devices, certain personal items, my hands, and in some rare cases they also swab my shoes. In Europa, my shoes are swabbed more often, and they usually also swab my clothing and waist area. There have been cases where they swabbed my stomach and lower back at European airports. This is all just from my own experience.

51
Why did airport security swab my hands with wet paper?
3
Will my fingerprints be taken when my hands are swabbed for explosives at the airport?