Getting to San Andrés

Last year in Valencia, Spain I happened to talk to a Colombian woman who generously praised San Andrés as a destination. San Andrés y Providencia is an archipelago (and a departamento) in the Caribbean Sea belonging to Colombia. San Andrés, the main island, is located about 200 km off the Nicaraguan coast and maybe 300 km from Costa Rica (with Colombian mainland much farther away). 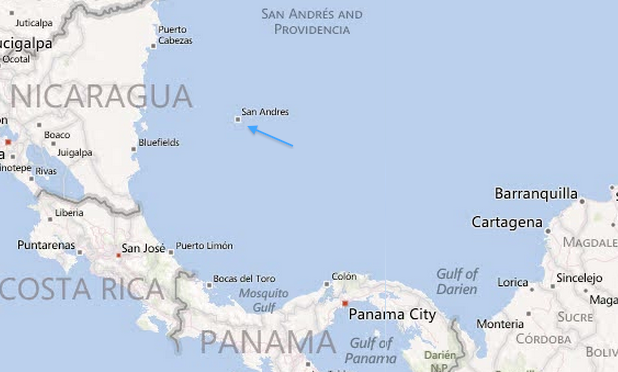 Not long after that, while in Costa Rica (and briefly Panama), I was interested in whether I could catch a boat to San Andrés, or if I'd need to fly (via Bogotá or something). I eventually discarded the plan as I only found flights which were very expensive and I was running out of time.

Now, in retrospect, I'd love to know the answer: What are your best options to getting to San Andrés, especially if you happen to be in Costa Rica? Are there boats or ferries of any kind from Nicaragua or Costa Rica (or Panama or Colombia)? Or are flights the only real option—and if so, are there direct flights from elsewhere than mainland Colombia?

(Also, if you've been there, feel free to share your impressions. Is it indeed something special, or just a nice beach resort for well-to-do Colombians?) 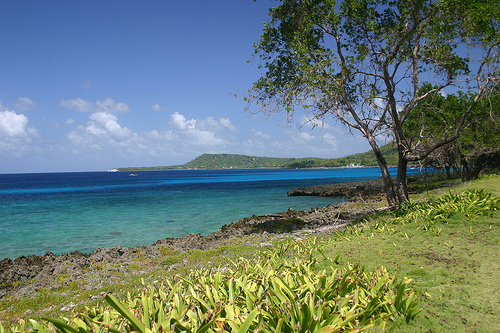 As mentioned, last year when I quickly checked, the flights (via mainland Colombia) I found were really expensive (like 800+ USD)...

But now that I'm aware of despegar.com (cheap flight search engine for Latin America), I know a bit better.

As Karlson mentioned, the main airport of the archipelago is Gustavo Rojas Pinilla International Airport (ADZ), and there are connections mainly to mainland Colombia (Bogotá, Barranquilla, Medellín, Cali, etc), and Panama City. And if Wikipedia is correct, there's also a seasonal connection by TACA to San José (Costa Rica)—but at least right now this is not available.

So, to answer this question:

What are your best options to getting to San Andrés, especially if you happen to be in Costa Rica?

From Costa Rica, unless the seasonal direct flight from SJO happens to be running, probably the cheapest/easiest way is to head to Panama City and fly from there to San Andrés for about 400 USD (return ticket; one-way would cost more). Flight time just over an hour. (Bus from San José to Panama City is quite cheap but takes 16-18 hours; flying SJO-PTY is surprisingly expensive.)

despegar.com example price for next week

Not sure if ferries are available to St Andres but you can certainly look at the official site for more details but from the Wiki page all I could find is that by sea you can only reach the island on a cruise ship.

Of course the island does have an airport so you can get there by plane. Most of the services are via Colombia(Bogota, Medellin, Cartagena) or Panama on Copa, or LAN Colombia.

There are also mentions of seasonal service from Costa Rica and charter flights from Montreal as well but being what they are I wouldn't rely on these.

Not the answer you're looking for? Browse other questions tagged caribbean sea-travel costa-rica colombia or ask your own question.

10
Caribbean cruise for the backpacker?

8
Sleeping near San Jose airport (Costa Rica)
7
Where can we Rent/Ride ATVs and Off-Road Motorcycles near San José?
26
Getting work on a cruise ship in order to travel
6
How can I travel between San Juan and Fajardo, Puerto Rico?
5
Late night taxis from San Jose Airport, Costa Rica (SJO)?
3
Is there a night bus from San Gil, Colombia to Bogota, Colombia?
4
What are my options for getting from Barranquilla (Colombia) airport into town?
3
Does a Nicaraguan citizen need a transit visa for a 5 hour layover in San Jose, Costa Rica (SJO)?
12
Getting to the Tatacoa desert
2
Quick layover in San Andres Airport