A friend insists on wearing a moneybelt while travelling. Some prefer (shudder) 'fanny-packs' . 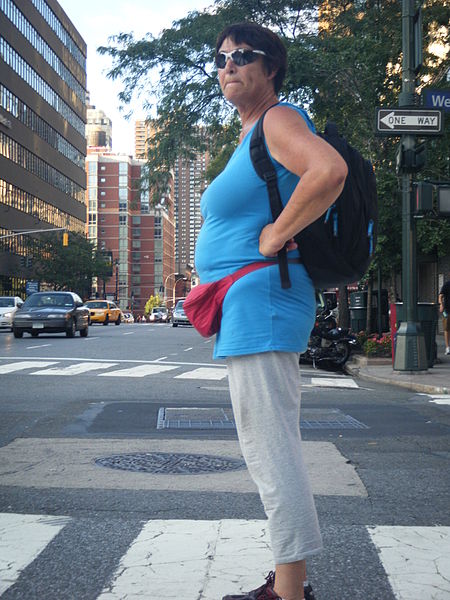 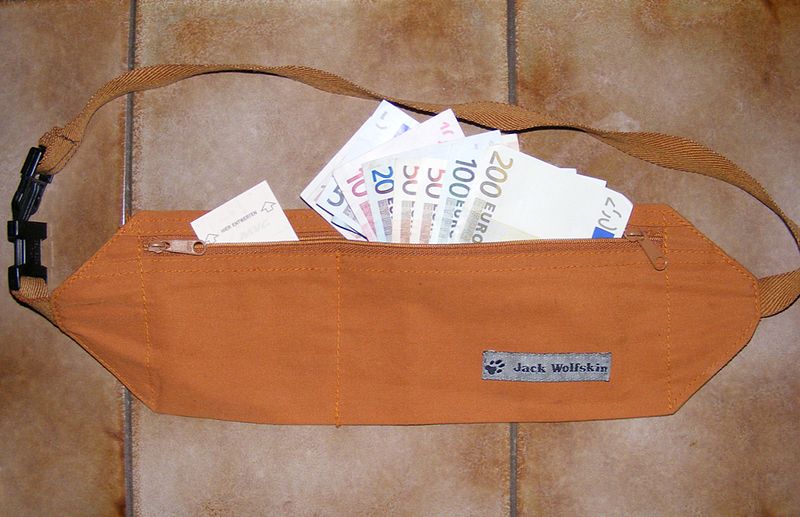 I can't be bothered, frankly, I used to when I was 20 (have a money belt), but these days it's a wallet for me. To be fair, I was once pick-pocketed but that was at La Tomatina, I had 10 people pressed up against me and couldn't do much about it - although I admit a moneybelt would have prevented it then.

However, there must be a better solution than a moneybelt? I've seen people with chains attached to their wallets, or carefully putting their wallets in a backpack, but that of course comes with its own risks.

Is there a commercially available, socially acceptable, safe way of securing the money you carry with you?

money gear security
Share
Improve this question
edited May 8 '12 at 12:22

Personally I never carry much money around with me, I just get local cash from the ATM every week and split it up between my backpack, money belt and wallet. I used to have a wallet with a chain attaching it to my pants but recently I went without a wallet altogether and just had the notes in my trouser pockets.

If it is just about cash, a 'real' money belt could be an alternative, something that is just as thick as a normal trouser belt but has an opening on the inside to put your bank notes. I used one for one trip once, but the fact that is is only for cash but not for a passport or credit cards, made it less attractive to me. Protecting your travel documents and bank cards is much more important than cash.

There are also undercover leg wallets, but because they bend around your leg, they again are not good for passports and cards. The other problem it if you wear shorts a lot, they are not so undercover anymore.

I personally don't like having anything hanging around my neck or under arms, so for me it comes down to the traditional money belt (as in your photo) for one passport, some credit cards and a bit of cash. The second passport and other cards are in the locked backpack.

In some places I even used two money belts on top of each other, an outer one with some cash and a lower one with the important stuff. The thought was that if you get mugged and give them your first money belt, they wouldn't bother searching you any further.

There's another option which consist in the same bags you described but hidden under your arms: Undercover Body Safe bag I can also think that can be placed under the shirt or outside (like in the picture) if you have a jacket or so.

I think the decline in importance of cash is your friend here. If you mostly use cards (whether debit or credit, and they make debit cards that mimic credit cards so you can use them at places that don't take debit) then if a card is stolen, you cancel it and use a different one until your replacement arrives. As long as you don't keep all the cards together, you're ok. I typically head out for a day of sightseeing with two cards (one debit and one credit) and enough cash for coffee and a snack, perhaps double that. They're in a pocket or a purse and while I've never been relieved of them, it would be far less hassle than having hundreds or thousands in cash or travelers cheques taken. (That moneybelt picture shows 500 Euros. I would never wander around with that much. Why would anyone?)

I don't think the fanny pack is about security. More about quick access to things you use a lot. The only place I've ever worn one is on a portage trail, where they're just the right thing for the purpose. If anything, a bag like that is LESS secure than a pocket, since a knife to the strap behind your back lets someone run off with the whole bag.

Any money or travel documents in my luggage will be buried, usually in dirty socks, deep in a stuff sac, that goes in the centre of my luggage.

This solution started out because I live on a boat and I was concerned about accidental loss of objects from pockets into the water. However, it has proved equally useful for travel - I know that it has foiled one attempt at pickpocketing whilst I have been travelling.

Not the answer you're looking for? Browse other questions tagged money gear security or ask your own question.

12
How to safely transport money?
6
How to travel with huge sum of money?

1
What's the best money option for US travelling?
5
Changing money for Ethiopia. Where can I get the best rates?
3
How much money I can take with me to the Philippines?
6
Money limit in the airport
2
Travel Money Card and ATM fee in the USA