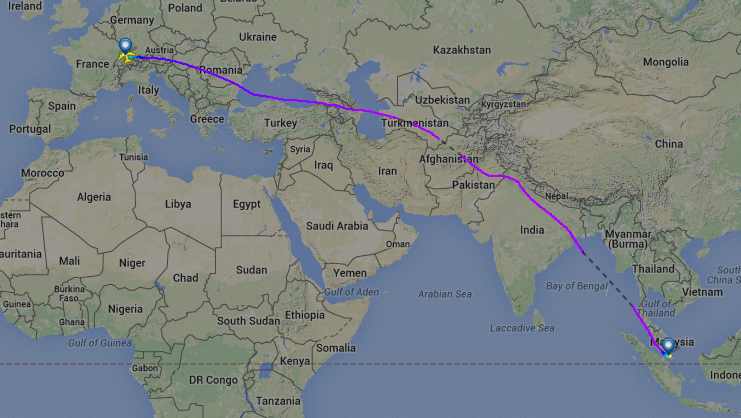 105
How to convince airport security that I am not dangerous when having metallic parts in my body?
32
Is it safe for a commercial flight to have Iran, Afghanistan and Pakistan on its flight route?
7
Does my Emirates flight from London to Dubai fly over Syria?
11
Flight path over a war zone, such as Syria and Iraq in 2015
73
How do I minimise waste on a flight?