Can I travel to Paris with Eurostar using my British provisional driving license? 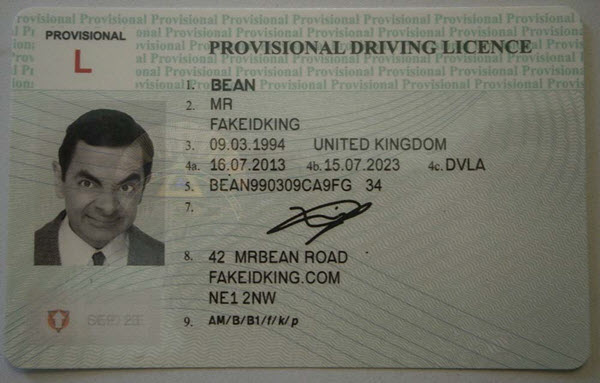 international-travel paperwork eurostar
Share
Improve this question
edited May 11 '16 at 11:03

The UK is not in the Schengen area (area without border checks) so you need a passport:

Can I use my driving licence as an ID document at the border?

If the image means that you intend to try to use fake ID, then this document which shows the security features built-in to a genuine driving licence (p.19/20) might be of interest. Trying to use a fake ID to cross a national border would (obviously) be a fairly serious crime. The foreword adds:

The fake ID cards which can be ordered on the internet often do not replicate existing documents. Examples include the UK national identification card and a provisional motorcycle licence. It is an offence under section 1 of the Forgery and Counterfeiting Act 1981 to make a false instrument with the intention to use it to induce a person to accept it as genuine, and by reason of so accepting it to do or not to do some act which is to their own or any other person’s prejudice. However, fake ID cards are commonly sold as novelty items and the companies that produce them are often foreign-based. Therefore, it is difficult for the UK to prevent or restrict the production of these items.

Not the answer you're looking for? Browse other questions tagged international-travel paperwork eurostar or ask your own question.

12
What happens if I miss my Eurostar because of a delay in a domestic train to get to it?
13
Do French immigration police at St. Pancras for Eurostar speak English?
11
Transportation from St Pancras to Isle of Wight
7
Boarding for my Eurostar is delayed and I'll miss my SNCF connection, what should I do?
16
What system does Eurostar currently have in place to prevent the Lille Loophole?
7
Can I change my seat on a Eurostar booking booked through DB?
6
Can a Filipino visiting the UK on a visitor visa travel to Paris on Eurostar?
20
Dutch immigration at St Pancras intl
3
How can I get a 1968 international driving permit (French citizen, US permanent resident, with a US driving license converted from a French license)?