Train Route from CDG to Calais

What is the train route from Charles de Gaulle airport to Calais? I see that there is a train station inside the airport. Is there only one station or many? If there are many stations please let me know the station name and the train to board and the route.

I hope the train is the cheapest and best mode to travel from CDG to Calais, if there is any other please suggest.

As chx pointed out, you will need to clarify what "best" is. Cheaper? Faster? Most convenient? Most frequent?

I'll concentrate on the train part.

There are two train stations in CDG:

Note that in Calais there are two stations as well:

Finally, as many of the options involve changing trains in Lille, there are two relevant stations in Lille as well:

So considering just trains, you have (at least) the following options:

There's quite a bit of variation in terms of travel time, frequency, and price range between the different options. Note that prices can vary dramatically from one train to the next even going through the exact same combination, so feel free to examine as many options as you can if you want to get the best price. Note that some fares are either time-sensitive or have quotas (like on planes), so the earlier you book, the more chances you have for a cheap ticket.

Rome2Rio says that you can get a Eurolines bus from Paris CDG to Calais. The journey lasts approximately 5 hours and is significantly cheaper than the train. Below is a screenshot from Rome2Rio: 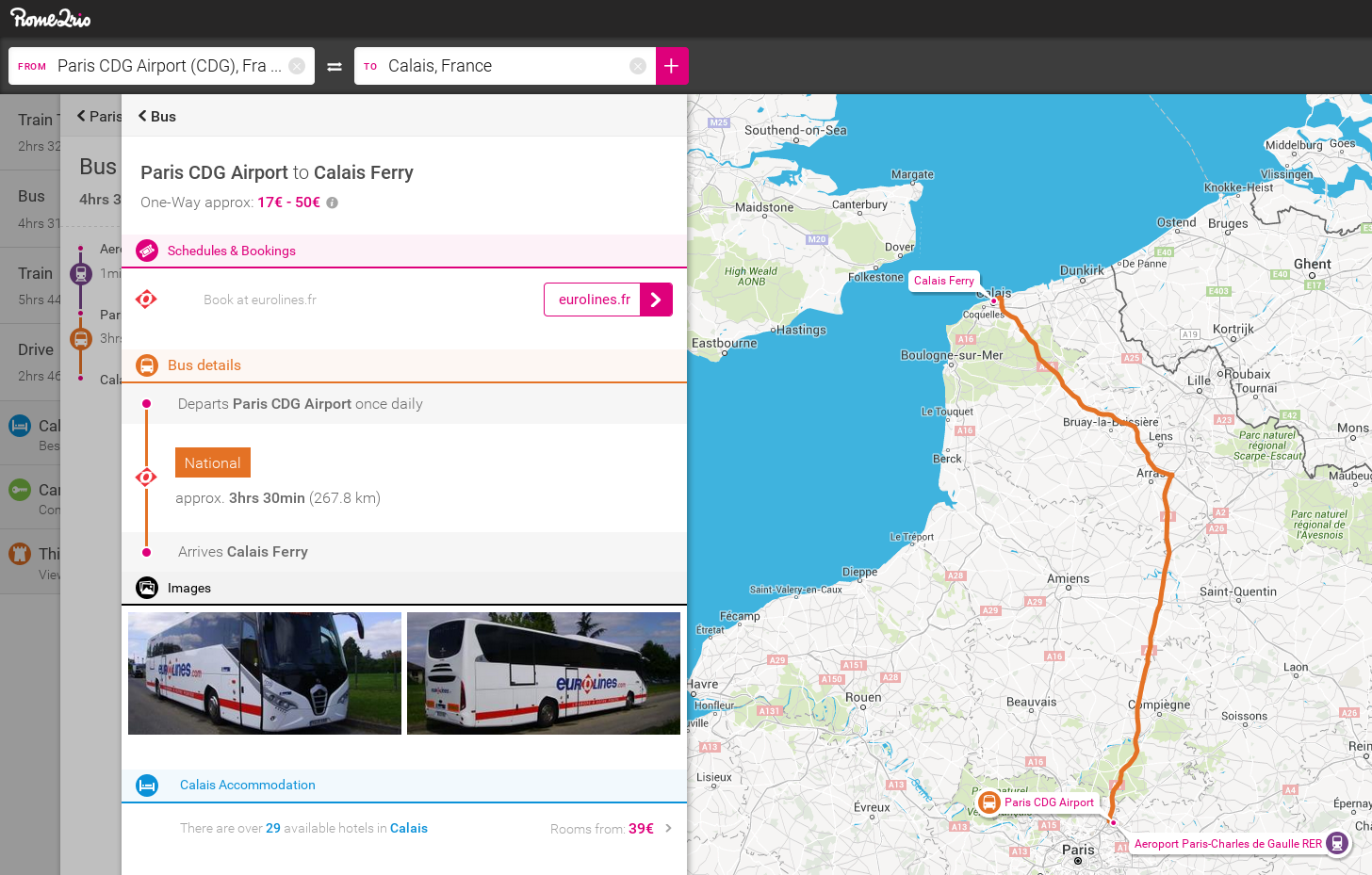 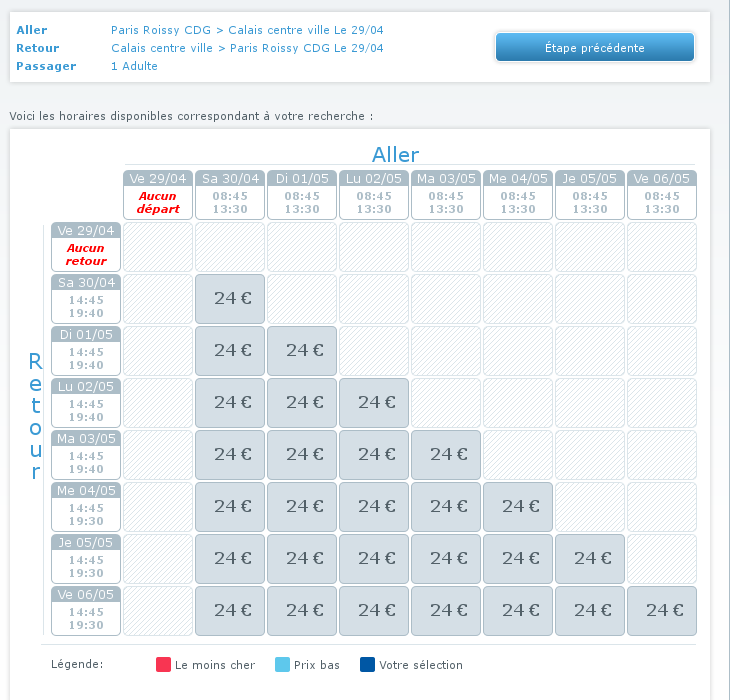 You'll need to decide your price / time balance. You can save money by taking the bus but it's slower than by train.

As mentioned you can take the train directly from CDG Terminal 2. Some require a change, or even change between two different stations, in Lille. Details here Voyages-SNCF. Generally from around €30.

Eurolines does have one direct bus most days from the airport directly to Calais. You can save even more though by going into Paris and catching a bus from there. You can compare bus options here on Busbud (full disclosure: I work on this project). Generally from around €10.

The train station is located in Terminal 2 (between 2D and 2F).

Not sure if the train will be the cheapest way to go to Calais. The bus or a shared car might be cheaper (but also take more time).

For instance, with the bus, you can get to Lille from CDG for just 9€ : http://uk.ouibus.com

Then from Lille to Calais, with the bus, train or shared car, it will be less than 30 €.

For the shared car, try this : https://www.blablacar.fr/

Not the answer you're looking for? Browse other questions tagged trains public-transport france airport-transfer cdg or ask your own question.

3
Layover in CDG can I check my luggage through to DUB and go into Paris
6
Long (3-hour) layover in Paris CDG connecting with a TGV train, where should I wait?
7
Easiest way to get to CDG from Paris with big luggage
4
Catching a train in Montparnasse from Charles de Gaulle airport
10
Split ticketing to CDG on Paris's RER
4
Is it possible to buy a train ticket CDG airport to Paris truly online?
0
Transiting through Paris CDG from USA to non-EU