Where can I visit Anthony Howe's amazing wind-powered kinetic sculptures?

Mesmerized by Anthony Howe's incredible kinetic sculptures, I wish to see them in real life to appreciate their 3D structure:

Besides Washington's Orcas Island, where can I see them?

What are the visiting hours, admission fees, etc, including those at Washington's Orcas Island?

The artist states that he installs and tests most of his works prior to putting them up for sale. If you're that big of a fan, I would suggest emailing him to see if he would be open to you visiting to see any current projects he has installed. He might not want to do give you a full tour of his studio, but he might be OK with you swinging by to check out his "yard". He may also be able to give you a list of public installations for recent works.

The worst that can happen is he ignores you or says no to your requests, but asking certainly won't hurt anything.

Note that Mr. Howe lives on Washington's Orcas Island, so you will certainly be able to see the public works there even if you can't see the works in progress.

You will need to do quite a bit of clicking and reading on HoweArt.net but you can find some pieces outside Orca Island like:

Quite a few others have been sold but currently not indicating where they have been installed.

An Octo 2 sculpture is at the corner of McBee and Falls in Greenville, South Carolina: 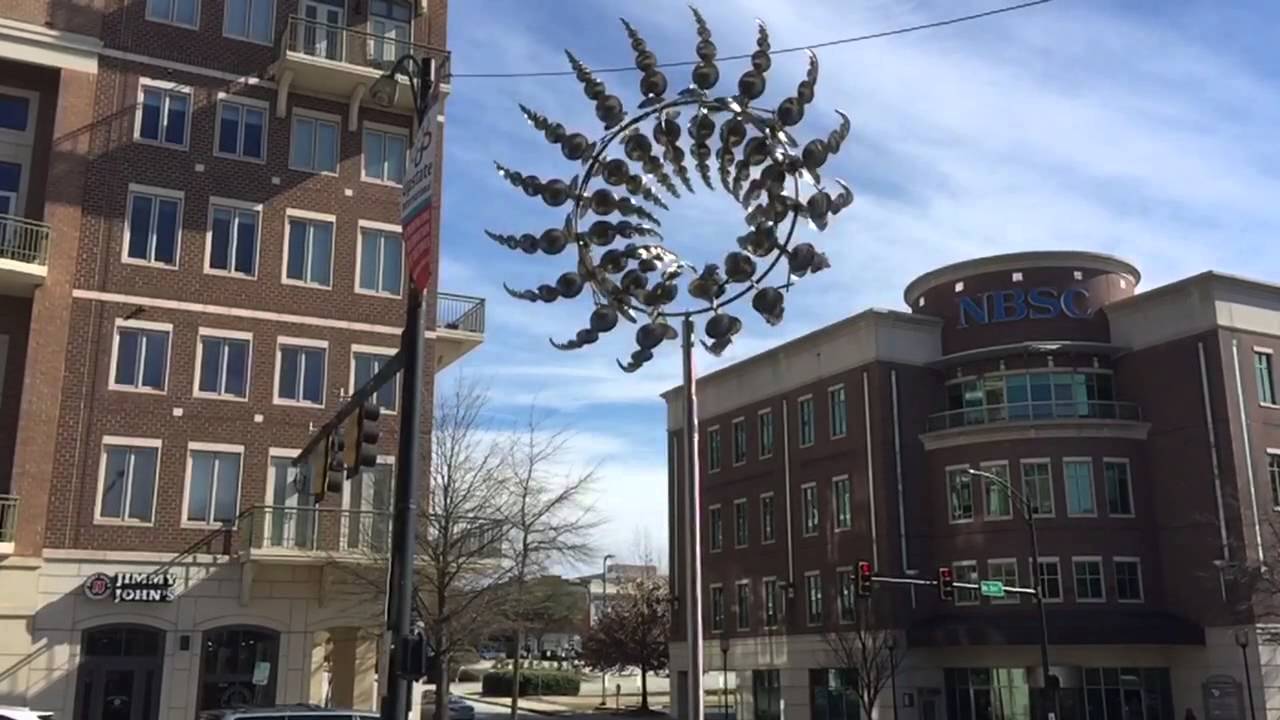 Not the answer you're looking for? Browse other questions tagged usa sightseeing where-on-earth artworks washington-state or ask your own question.

23
Which locations are traditionally Santa's home - i.e. where can you visit Santa Claus year-round?
4
Where can I visit the only two escalators in Wyoming?
9
Where in Kyoto can I visit a traditional wood workshop?
11
Where can I leave my kids to visit Las Vegas casinos?
26
Where, specifically, was the statue of King George III in Manhattan? Can I visit there today?
8
How would the Customs procedure differ for a VWP-ineligible British tourist entering the US by land from Canada vs. by air from the UK?
11
Where can I go to see the Earth is round?