Long road trips in Iceland - where to relieve ourselves?

We are planning for a road trip in Iceland. The trip consists of Golden Circle in a day, and another day to Jokulsarlon from Reykjavik and a third day of returning from Jokulsarlon.

Where do people usually do such stuff? Do cars come with some sort of arrangement? Are there public toilets at frequent intervals which can be located online?

There are obviously a lot of gas stations along this road too, some of which have restrooms you can pay a little to use. See hours on the linked page as well. These are frequently treated as public facilities, rather than for paying customers only.

You can also pay a little at hostels / guesthouses along the way to use their facilities.

My girlfriend and I did this drive about 3 years ago, and we went all the way through Vik and up to Egilsstaðir. We never struggled to find petrol stations, small coffee shops and guesthouses where we could stop on the drive. The longest distance we had to go was a couple of hours (say 3-4 at worst). From our experience, you should really not worry about trying to relieve yourselves outside. There is a little restaurant at Jokulsarlon.

Sometimes, we would go go slightly off course to visit a little town (like Breiðdalsvík) for some lunch and to use the restroom. A lot of the smaller towns (not that there are big towns really) are nice to see and it's nice to get out of the car and stretch your legs anyway.

There were even portable toilets at the departure point of the glacier hike we went on!

Restrooms appear with adequate frequency along the way. A few years ago, I drove around the whole island. While I was told the ring road was around 1400km, my car clocked in 3400km when I returned to to the rental place, since I kept taking detours and looping around to see the sights. Sometimes the sights were so beatuful that I decided not to stop the night and drove on instead to not miss anything.

The most comfortable restrooms will be in lodgings but each restaurant has one, so you have access to those facilities at each meal time. Those would be second in comfort and cleanliness.

The third type of restrooms where I stopped the most are those in areas of interest. Most waterfalls of significant interest have a parking lot and restrooms. Those are of course basic but they have paper and running water. When I was there, all of them were free to use except for one at Hraunfaussar that could be used for a small donation. It was also the only heated bathroom that I noticed, so the fee was easily justified.

Jokulsarlon is one of my favorite places but I do not remember any facilities at the time I was there. It was the middle of the night around the summer solstice but given there are boat tours provided, I think there might have been some facilities too.

Many gas stations have bathrooms but not all. In general, if you choose a station which has a small store attached, there will be facilities. Driving such distances, you would need to stop for gaz often so it would be often the case of you being a paying customer too.

The leave no trace principles provide excellent guidelines for doing your business in the wild. As the name suggests, the general memento is leave no trace. In other words, whatever you carry in you carry out of where you are. This applies to human waste too.

If you have to urinate or defecate, make sure you do so at least 100m away from water sources, camps and trails. If you can't carry your solid waste with you, then deposit them in a 15-20cm hole you previously dug. Cover the hole once you are done. Do not bury toilet paper, baby wipes, feminine hygiene products, etc. These things simply don't belong in the wild!

Just in case, you might want to invest in a portable toilet. IMHO the most practical and light-weight solution would be something like the Stool Stool, which is nothing more than a foldable stool with a hole for a plastic bag: 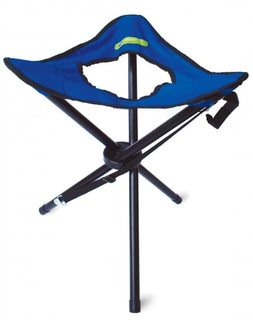 Gathering all your business in the bag ensures that you won't leave anything behind ruining the surroundings. Also the bag can easily be disposed of once you find a rubbish bin on the way.

I have been on Iceland September/October 2015, based in Reykjavic and doing tours of the Golden Circle and the south coast (basically what you plan to do in two days done in one day.)

Any place the coach tours stop has toilets, often more than one group. That is one near to the sight and one at the restaurant for the area. Even with the big numbers of visitors that arrive at the same time when two or more buses stop, the places were able to handle the needed business without too long queues.

But go with the old saw, 'Use them whenever they are there as you might not find one when you need it later'.

Even I, who needs the facitlities often and then urgent, has had no problems on Iceland and did not need to use nature (which was good as bus travel does not make for easy access to bushes to hide behind and bushes big enough to hide behind are rare in most of Iceland as well.)

Not the answer you're looking for? Browse other questions tagged driving tips-and-tricks road-trips hygiene iceland or ask your own question.

11
How to verify paid restrooms in EU

8
Why are there no road maps for Iceland for my TomTom device?
6
What external batteries can I get to charge a tablet during long road trips?
14
Camping along ring road in Iceland
10
Hiking around Iceland: Trails or walking on the ring road?
10
Do travel diapers exist for long bus/prop plane trips that don't have on board lavatories?
16
Do long-distance buses in Iceland typically permit getting off outside timetabled stops?
6
What are some pros & cons of doing multiple single day tours vs multi-day tour in Iceland?
8
Where can I see volcanic rivers in Iceland?
8
What are the opening times for the main attractions on Iceland's Golden Circle (Gullfoss, Geysir, Þingvellir) during Summer?