What are the mountains visible in these photos?

My friend claims that Mt. Everest is visible in these pictures

Is it possible to distinguish which one is Mt. Everest, or if it is visible in any one of them?

(Note: the original picture looks better on my computer, but I am not sure if the imgur reupload reduces the quality significantly)

The mountains depicted are the Himalayas in Nepal, but I would like to know if Mt Everest can be specifically identified in one or all of these pictures; I am hoping Mt Everest has some identifying features which are visible in one of these photoes 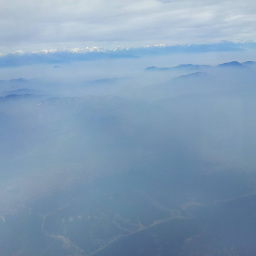 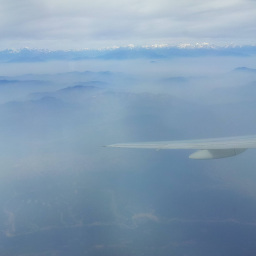 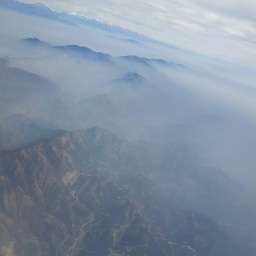 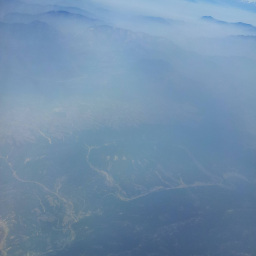 the first, second and 4th image show a large, unforested area with a distinctly differently colored patch. this appears to match the Manpur region on Nasa satellite maps of Nepal (the yellow area circled below), although it also could match the kathmandu region (yellow dots): 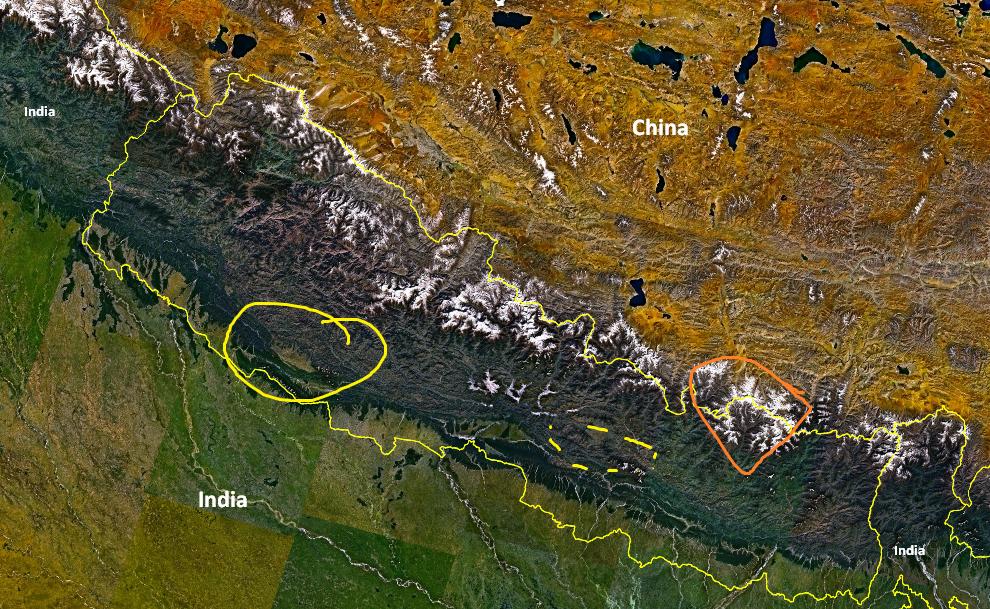 Mount Everest lies in the orange circle. I've tried to match that area to the image: 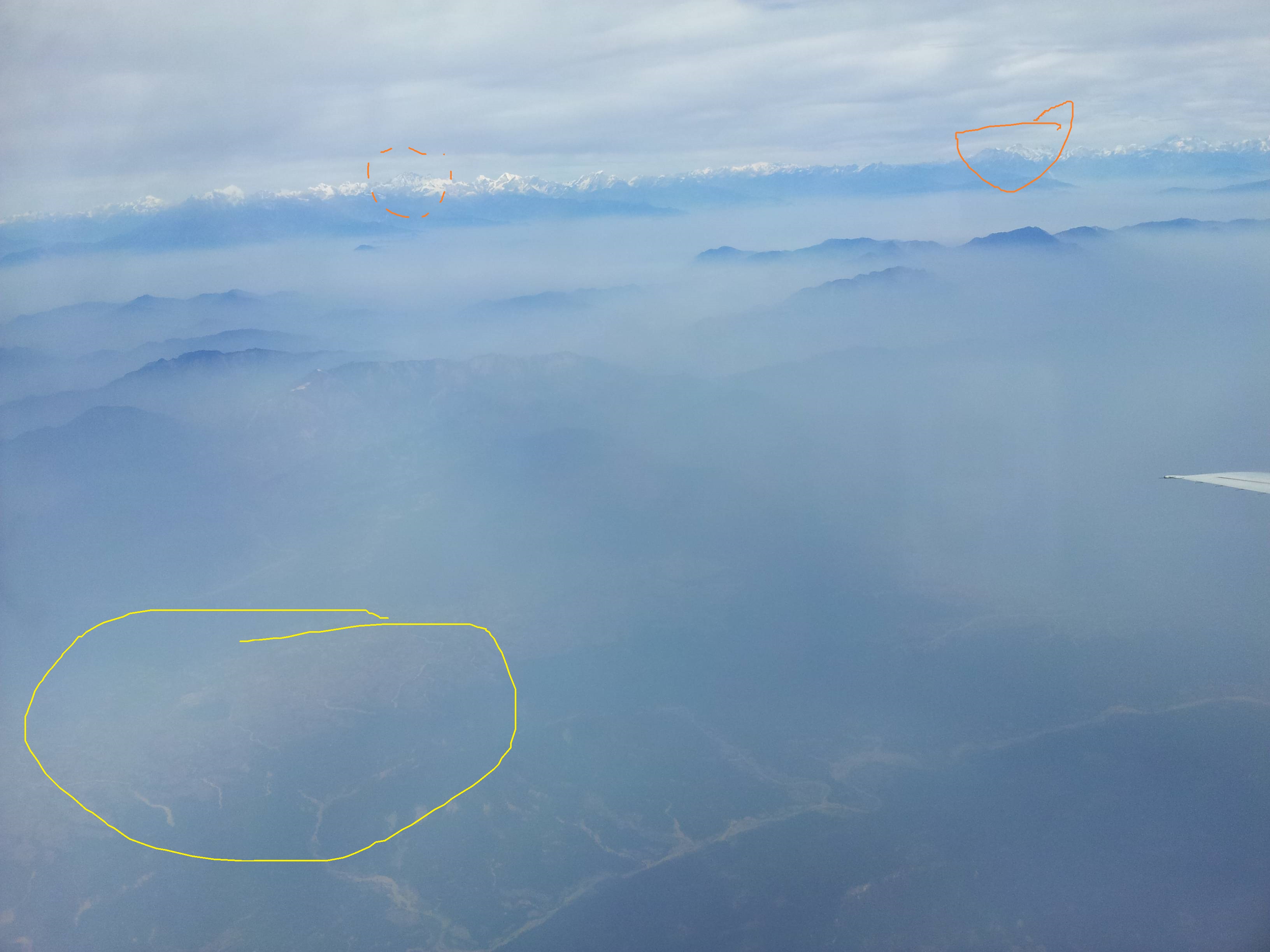 My best guess is that Mount Everest lies in the orange circle. this seems to match the general topography of the Mount Everest area: really high mountains surrounding a valley where the mountains taper off slowly. In addition, on the second image, you can almost see what looks like the Annapurna pass between Nepal and Tibet straight ahead from the Manpur region, the area where the mountains don't appear to have snow.

This is only a rough estimate, but to the extent of my knowledge of the region, I think it's the most likely candidate. If the area with the differently colored patch is actually the Kathmandu capital region, the orange dotted mountains are a more likely candidate for Mount Everest. I do not know enough about Nepal to be sure of either claim.

Not the answer you're looking for? Browse other questions tagged identify-this nepal mount-everest or ask your own question.