How can I get from Milano Autostazione Lampugnano to Bergamo Orio Al Serio airport?

I see that I can take public transport (tram and subway) to Milan Central Station, and take a shuttle from there.

Is there a direct connection (such as regular shuttle service) from Milano Lampugnano bus station to Bergamo airport?

I will arrive to Lampugnano bus station at 10:45 and I need to be at the airport by about 13:30, so the Udine-Milano bus service provided by SAJ won't cut it.

VisitBergamo.net suggests that Autostradale has such a service but I am unable to find it.

Option 1: Take the metro to Milano Centrale and use one of the direct airport buses from there

I think your best public transport option is the one you already found: take the metro from Lampugnano to Centrale. Three options are available (ordered by simplicity in terms of changes, and shortest route in terms of number of stops): 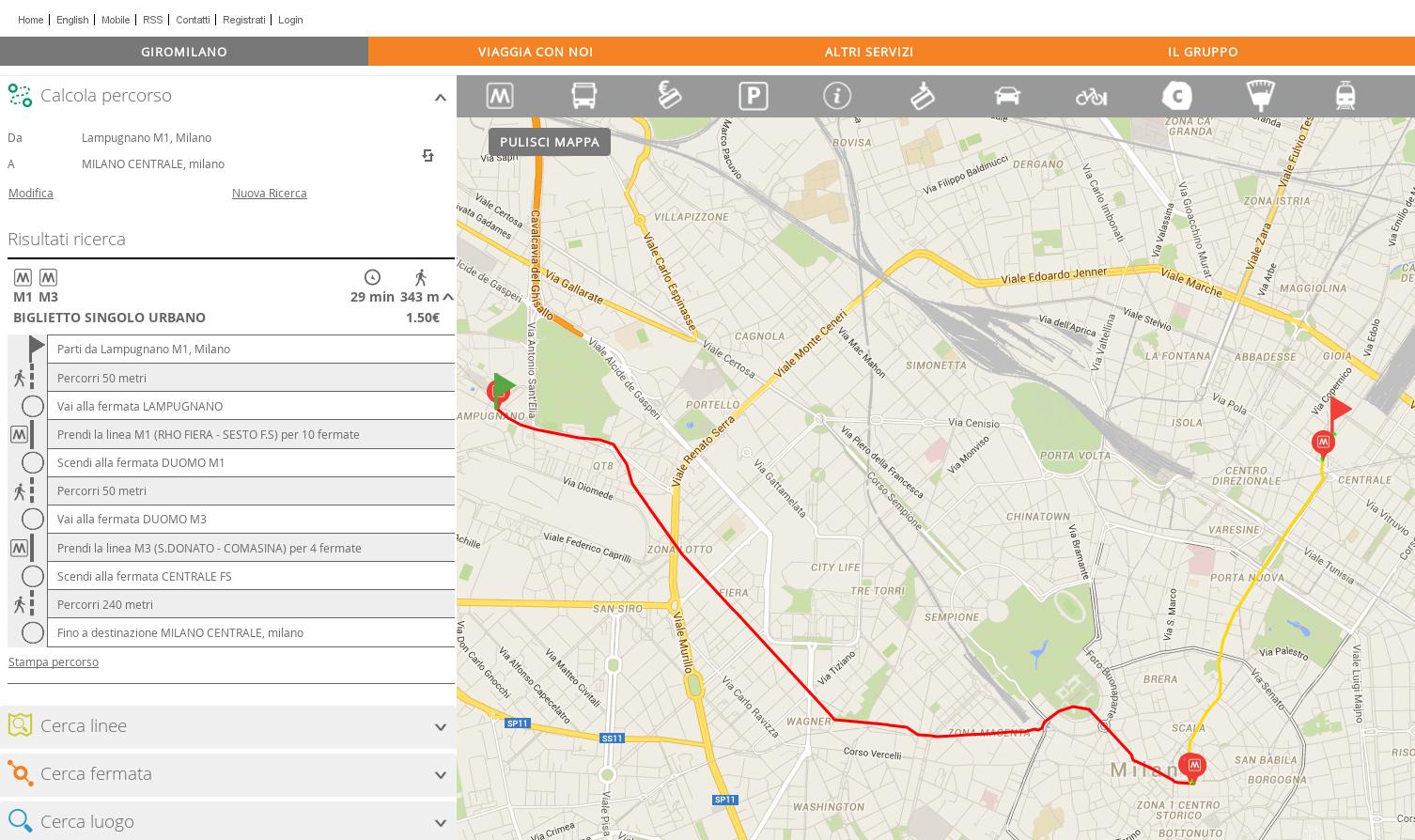 Option 2: Buses departing from Lampugnano or nearby

Now you asked for information on buses serving the Lampugnano - BGY Airport route.

You already found the one run by STJ, whose timings are not compatible with your journey. Let's mention it here nevertheless. The bus runs from Milano Lampugnano to Udine (Friuli-Venezia Giulia, Italy) stopping at Orio al Serio Airport on the way. Two daily departures are scheduled at 14:30 and 17:30. The bus does not run on Sundays nor during holidays:

Two-Bus Combination from Lampugnano to BGY

Rome2Rio also suggests a two-bus combination from Milano Lampugnano to BGY. Autostradale and Nord-Est Trasporti run frequent daily buses covering the Milano Lampugnano - Bergamo FS (train station) routes. The journey time is approximately 50 minutes with several stops on the way. The Autostradale bus is line 44 serving the Milan - Grado journey, with a few departures per day, and even fewer on the weekends. The Nord-Est Trasporti bus is the Z301 line with detailed departure times and stop lists showing several departures per day and a more than decent coverage during the weekend. At a quick glance I'd opt for the latter.

Once you get to Bergamo FS you'll have to jump on the Bergamo ATB Airport Bus to Orio al Serio Airport.

Below is a screenshot of the Rome2Rio journey:

Autostradale- and OrioShuttle-operated Bus from Fiera Milano Rho to BGY

To get to Fiera Milano Rho you'll have to take the M1 (red) from Lampugnano and go all the way to the terminal station called Rho Fieramilano. You'll need an extra-urban ticket for this journey. Tickets can be purchased in all metro stations.

For completeness sake, here are all the bus services going to/departing from Orio al Serio Airport.

There is a bus going from Lampugnano to Udine which might be what you're looking for. The first part of the journey is between Lampugnano and Bergamo airport. It runs twice a day everyday but Sundays when there is only one bus.

Not the answer you're looking for? Browse other questions tagged public-transport airport-transfer milan or ask your own question.

26
Getting from New York JFK airport to Manhattan, without the sneaky airtrain exit fee?
10
Can I use the OV-chipkaart to get from Schiphol to the center by train?
44
Why is public transport from/to the airport so expensive?
5
What is the cheapest way to get from Düsseldorf Weeze Airport (NRN) to Nijmegen (NL)
5
How to get from Istanbul Atatürk Airport to Çanakkale‎?
7
Finding the "Airport Express Shuttle Bus" at Hong Kong station?
3
Traveling from Downtown, Los Angeles to John Wayne Airport
11
Getting from Salt Lake City airport to Park City by public transport on a weekend night
6
Is there an inexpensive way to get from Rovinj to Pula airport early in the morning in the offseason?
6
How to get from Geneva Airport to Metabief, Doubs, France by public transport?