Are there guides when traveling on cruise ships between countries?

I've never been on a cruise ship. Say someone goes on a vacation cruise ship that travels across various countries throughout a 7-day period. When they get to these countries and there are places of interest to see, do they just dump the passengers off and let them wander? Or do guides/people help navigate them? Because it would be kind of confusing for some if you moor the ship at a dock and the passengers come out and have no idea where to go/what to do/etc. Let's not forget that you can get lost as well, correct? It's not like you take a car with you on the ship so you're likely on foot unless some guide or something takes you to places in one or helps you navigate.

Also, when it's time to depart, the ship will leave with missing passengers, I believe, if they don't embark after a long enough period of time, no?

Given so, how does this situation work out? Say I board a cruise ship and we reach the port of a pier or anchor the ship by a beach. What next? Do we leave and just wander? Do people provide maps? What if points of interest are FAR from mooring/anchoring points? Do we have to walk confused in places we've never been? It would be great to know how this works out.

I have been on cruise twice - once from Boston, MA to Bermuda and once around western Mediterranean, covering Spain, Tunisia, Italy and France. Both times, when booking the cruises, the cruise company provided extra guided tours that could be purchased for extra cost.

It's worth noting that in many cases, the ship will berth not in the city that's mentioned in the itinerary, but rather in a port some distance away. For example, my Mediterranean cruise had "Rome, Italy" listed on its itinerary, yet the actual berthing was in Civitavecchia, which is about 50 miles (80 km) from Rome.

We did book the Rome tour - which included transportation from port to Rome and back, guided tour of Rome and Vatican, and lunch. It wasn't cheap (if I remember correctly, over $100 per person for the day trip - 10 years ago), but it did include everything I mentioned above.

In many ports there are smaller companies that offer similar tours or even the same tours - that you can book directly. Probably, these days, they all have internet booking of one type or another - but when I went on the Mediterranean, you could only book with many of them over the phone or in person and it was proving very difficult to find them in the first place. Thus, in case of Rome tour, we could pay the premium and have the guaranteed tour arranged for us - or chance it and hope that you'll find something reasonable when you arrive.

On the plus side, of course, you can often get something different on the shore compared with pre-booked tours via the cruise company directly. For example, when in Bermuda, we ourselves booked on shore a trip on a large 3-mast sailboat and snorkelling in the lagoon - this wasn't available from or even mentioned by the cruise company.

With all that, you still can just disembark and wonder on your own - which is what we did in Bermuda on the first cruise and in Nice, France on the second cruise.

To your second question (what happens if people don't arrive back on time), on both the cruises that I've been on, they clearly stated that the ship would sail at the specified time - with or without everyone aboard. It's likely that in today's paranoid times, they would also trawl through your cabin and unload all your luggage in the port, too.

I have gone on several cruises in the Caribbean and agree with the other answers regarding guides. To address the 'leaving you behind' question, there is one wrinkle to that: the shore excursions.

I know this for certain for Carnival and Royal, but I can't imagine any other cruise line would not play that way without making it absolutely clear.

That is part of the reason why they are more expensive booked through the cruise, when you can often go on the exact same tours for less if you go rogue and deal with the guides directly (but not always).

If you do go rogue, remember that most cruises stay on the same time zone the entire trip, and ship time will often be different than local time.

All cruises I have ever heard or read about offer guided tours at their stops, often at extra costs.

When you look at the description of a cruise look at excursions and at program and things like that.

I searched a few cruises for you, in the same area so you can compare: Royal Caribean and Holland America Line
Prices for shore excursions can differ a lot and can be a fair percertage of the price of the travel.

Besides what the cruise lines offer, in many regular cruise harbours you will find that there are companies on shore who offer tours or things to do in that place. Being lost in a city is never needed. You can also prepare your own outings, as the times and locations are often given when you read the description of a cruise.

At the cruises my parents have done, they sometimes had guides on board who would tell them about the locations of the stops before coming there, often to get them to sign in for the excursions. 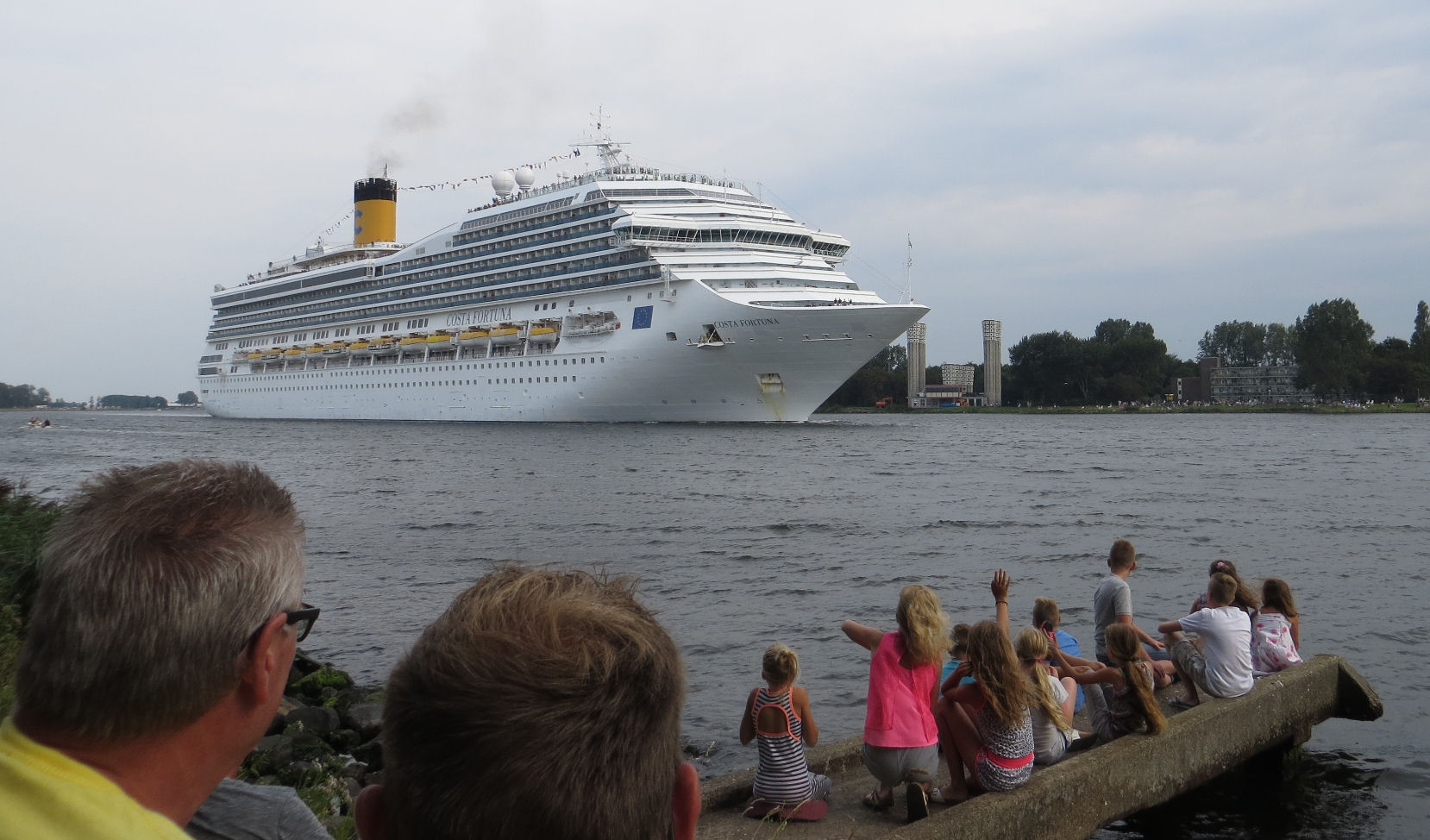 On its way from Amsterdam to the open sea. Photo by Willeke, can be used under CC rules.

The cruise boat in the photo did go to Amsterdam, although because of a festival not all the way. Others do dock on the other end of the 25 km long canal. About an hour by local buses to Amsterdam, 30 minutes and a lot of money by taxi.

For excursions, if you book through the cruise line, they will hold the boat for you. If you leave on your own, they will not. In the Caribbean there is generally a commercial area with shops and restaurants very close to the pier where the ship is docked. Other places (e.g., Central and South America) the ship docks in a cargo port and there is nothing close.

See The time I fell down a Volcano for an amusing story from a fellow traveler on a cruise missing the ship and trying to catch up with it.

Cruise ships make a large portion of their money from land tours. So they will make all kinds of tour arrangements for passengers, setting them up with local guides.

You will be flooded with advertisements for the best tours that the cruise line can arrange. You don't have to go on them, of course, but in some countries at least (e.g. Russia), alternatives to "official" tours are basically non-existent. The cruise line will have done all of the required paperwork.

Not the answer you're looking for? Browse other questions tagged international-travel cruising guides or ask your own question.

14
How can I find out when cruise ships (of any line) visit a particular port?
10
What kind of plugs can I expect on transatlantic cruise ships?
46
What time is used on board a cruise ship?
9
What happens if you need to be sent to a hospital in a country you don't have a visa for, e.g. on a cruise ship?
2
Honeymoon package times?
14
When booking a cruise, how can I find a list of all the port fees in advance?
2
Are there pharmacies on-board Tallink Silja cruise ships?