Can't get a passport. Can one get a NEXUS card instead?

I have a friend who is unable to get a passport because she was asked to provide extra documentation which she cannot obtain, period. The Department of State will not help.

They are asking for old documents and she does not have any history/records with any of them to satisfy them. Note that she provided all accurate/requested information in first applying for a passport, but the Department of State decided that wasn't enough -- so they're asking for stuff she doesn't have and cannot obtain to give them because no such records exist that they want -- namely, driver's license 5 years or older (she has never had one), among 4 other documents 5 years or older that she has no records of and cannot provide. She's really frustrated and feels out of options. 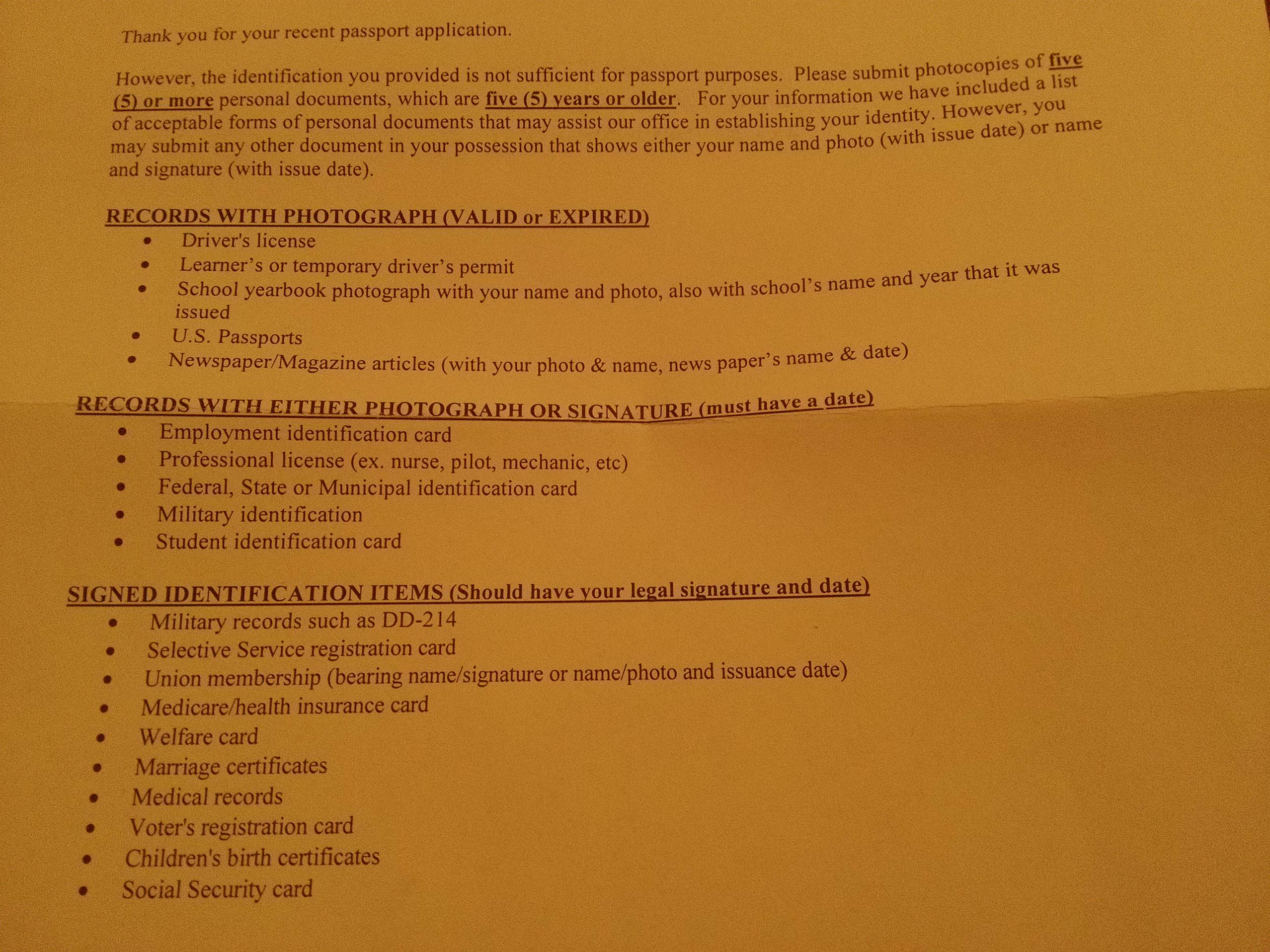 I heard about NEXUS, and I was wondering if I should give that to her as an alternative? I read that you pay $50, submit to a background check, provide some info, and then have a short interview -- after that you get your card if you're approved. Can you get a NEXUS card with no passport though?

Could you use it, if so? She really has no other options to travel -- they won't give her a passport because she doesn't have old documents that they want and they will not compromise or help.

As a bonus question, is there any other way to get around this? Funny thing is that everybody she knows, including her family and friends, have applied for a passport exactly as her and were ALL approved without further ado, but she was unluckily asked for tough info.

To add, she's 19 years old and has next to nothing of what they're asking for -- except the social security card but it has no date so they probably won't accept it. Homeschooled so has no yearbook/student ID records of any sort and she has never had a job (one with an EI/ID).

It's possible to get a NEXUS card without a passport. A US citizen must show one of the following documents:

Unfortunately, the NEXUS card will be useless for travel outside North America. Having it might help with future passport applications, however.

The question of how to satisfy the documentation requirements for the passport application itself is interesting, but should probably be asked as a separate question.

Touching on the passport issue, applying for a passport really only requires two documents, ID to prove you are you and a birth certificate or naturalization certificate to prove you are a US citizen. The fact that the clerk who accepted her application assumed it was complete really means nothing, other than the clerk got the necessary documents from her. The clerk really doesn't have the ability or authority to double check the validity of those documents, that lies in the hands of the passport office itself.

As the Passport Office is requesting additional documents, means that one or both of her proofs are suspect.

Have you checked into the possibility of providing an Affidavit of Identifying Witness (DS-71 form) in lieu of the requested documents.

Does she have a bank account (that would have name & signature)? Has she no school records? No extracurricular activities at those schools (permission slips might have names, signatures, group photos)?

First, Tom has a good idea for a DS-71. Let me amplify the suggestion.

Assuming that the birth certificate is a proper certified copy, the issue is connecting your friend to the certificate. To this end, it may help to have documents like the government requests for her parents (to prove they are US Citizens or Permanent Residents), and DS-71 affidavits from them.

Photographs of church events (I say this because many homeschoolers attend church) of the family. DS-71 from a long-time pastor wouldn't hurt either.

Child medical records show the parents' names. The pediatrician may also have either a photo or a thumbprint or both on file.

Not the answer you're looking for? Browse other questions tagged passports international-travel us-citizens nexus or ask your own question.

17
Getting a US minor passport when you can't find one parent
7
Can Nexus card be used at US airports if arriving from country other than Canada?
2
Nexus card interview questions, not living in Canada yet?
1
Nexus Card Processing Time
2
Can a Brazilian citizen with Portugese residency return to Portugal with a passport that will expire less than a month from the boarding date?
2
Getting an expired Canadian passport number
1
My daughter's US passport is expired but she has a valid French passport. Can she can travel back to the US with her French passport and approved ESTA
7
Few hour layover in Japan, with expired Chinese passport and valid US permanent resident card?
4
NEXUS card proof of citizenship for passport renewal?