What is TST(Transitional Stored Ticket) in Amadeus?

A similar question asked here, but I could not get usage and meaning of TST(Transitional Stored Ticket) exactly.

From Amadeus cryptic I can get pnr by RT PNRNUMBER and query Displaying TST history by TTH.

On the other hand, from Webservice I send in order to update price I call these:

I am supposed to do update price if the pnr book is done in not in the same day but in previous dates.

So what is for TST exactly? What is the difference between PNR and TST,please share some examples

Note: This is a screen shot from documentation about TST: 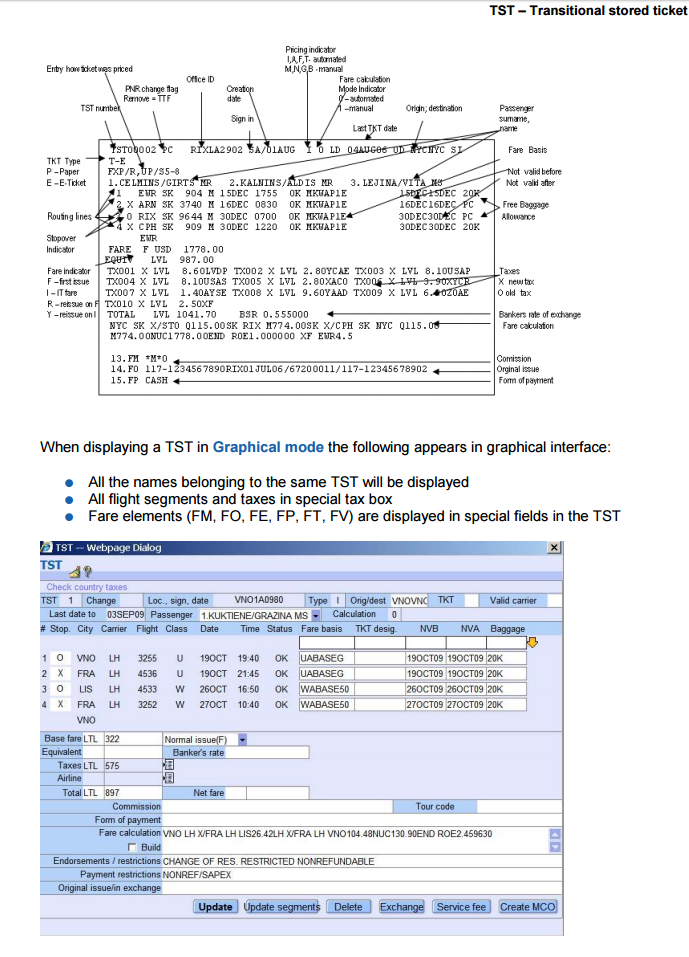 In short, it is a record of the fare, pricing, and payment information for the ticket. For example, if the itinerary is repriced, the PNR would not change, but a new TST would be created.

According to this 2009 Amadeus TST Training Manual,

A Transitional Stored Ticket (TST) is a record created to store information that is printed on a passenger ticket. The system creates the TST automatically after you make an itinerary pricing entry, FXP (FXB, FXA …) The TST is attached to the PNR and can be viewed as required. A maximum of ten TSTs can be stored per passenger.
When you enter a request to display a stored TST, the system combined information contained in the PNR and the tst.

The following information is stored in a TST only:

As outlined in the Amadeus e-University blog:

A stored fare, also known as a Transitional Stored Ticket (TST), is a record of all fare information for a PNR. The TST is created after you make an entry to price and store the fare, or when you issue a ticket or invoice. When a TST is created a number is allocated to that specific TST which is completely unique and cannot be re-used within the same PNR. This number allows you to identify the TST for the entire life of the PNR.

Not the answer you're looking for? Browse other questions tagged air-travel tickets gds or ask your own question.