I found out on OpenSignal.com that the 3G coverage is very good coverage in the cities Yangon, Naypyitaw & Mandalay. Outside of these cities, things seem to be rather "different".

What I wonder is: although it's easy to access the 3G in the cities mentioned above, how fast is the 3G in those cities?

Only go to Myanmar if you can live with erratic and often painfully slow internet access. This is true to Wi-Fi as well as to all three mobile operators especially on the countryside. Both of the newcomers sold millions of SIM cards each in only a few months. First, they were so high in demand in 2014 that black-market prices skyrocketed. But in 2015 you get them on every street corner where you have coverage for the regular price.

MPT has again lowered prices but has still unreliable and slow internet access. It gives the best coverage throughout the country on 2G 900 Mhz and 3G 2100 Mhz and simultaneously on an incompatible CDMA network. Ooredoo only builds up a 3G network mostly on 900 Mhz with no fall back to 2G. Telenor is said to be the most reliable for data where it has coverage on 2G 900 Mhz and especially on 3G 2100 Mhz. A fourth license to Vietnam-backed Vietel Group was given out recently, but they haven’t started yet.

But it still does not tell me how possible a skype call without video would be, nor provides any speedtest data.

Any feedback regarding recent personal experience would be very appreciated. 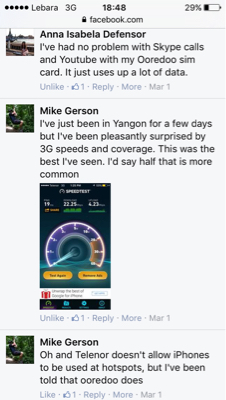 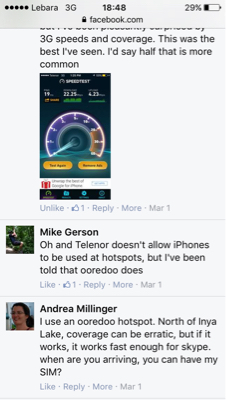 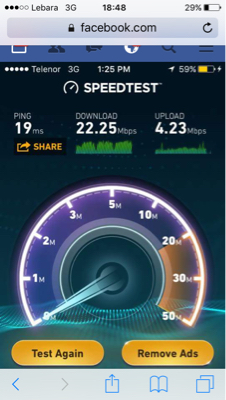 Sorry for the quick and dirty post, doing this my phone. Will edit this later.