Plane landing at Sydney Airport -- from where is this photo taken?

I have found (actually Flightradar24 did this for me) a beautiful photo of an Etihad Airways A340 banking right to land at Sydney Airport: 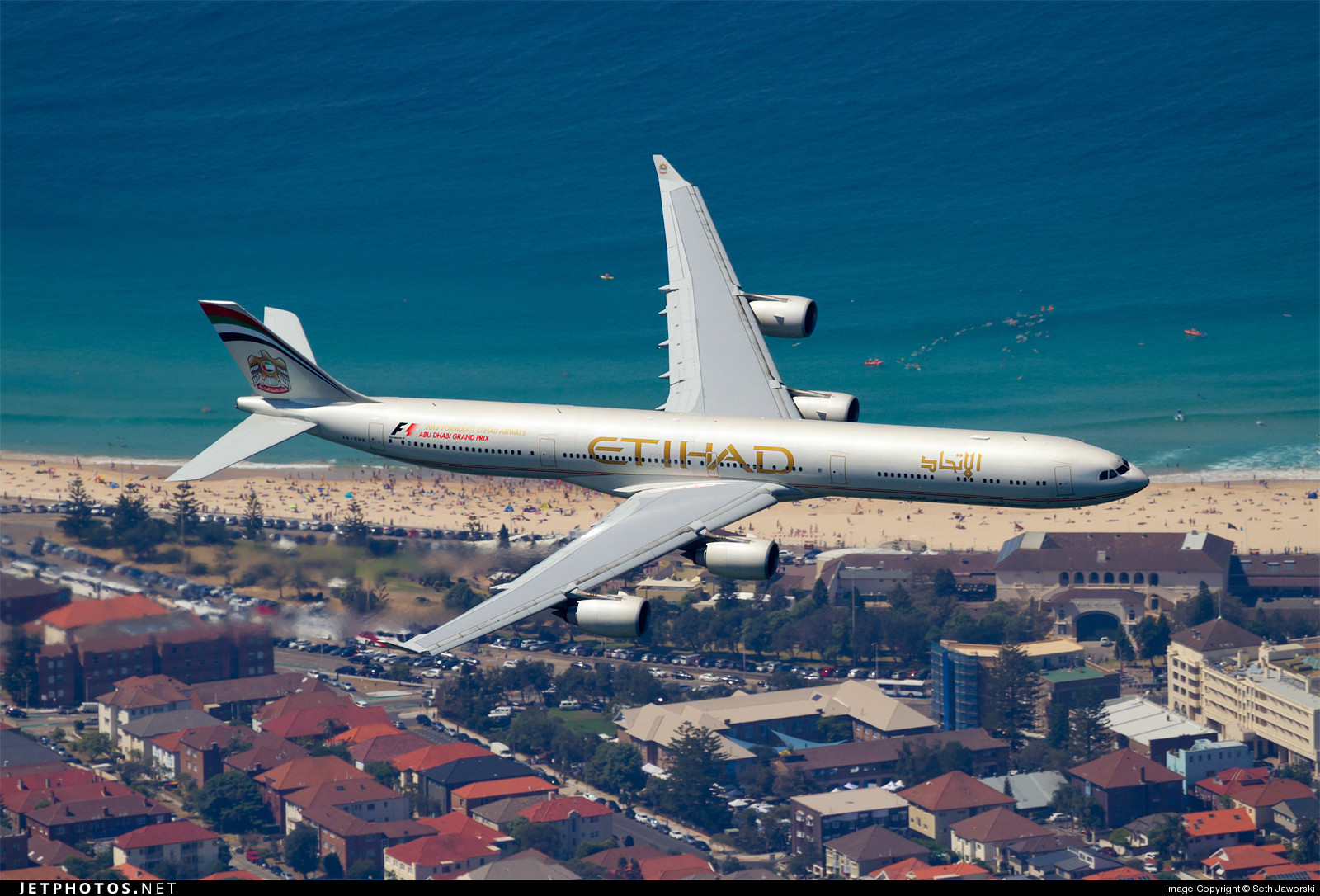 Basing on building in the background, is it possible to tell, from where this photo was taken? It is extremely interesting to me, because you don't get landing plane caught in this position too often.

One of my early suspicions was a drone, but it is quite hard for me to believe, that a drone could fly that close to a manoeuvring plane (especially, that photo's author is well known and could be forced to penalty for doing so).

Finally, I settled up, that this must be some quite tall building in Sydney, from where this photo was taken using quite good long-range lens. But, is there any of such building in Sydney, high enough, close enough to Sydney Airport's approach routes to be able to catch this plane in such a beauty?

Side note: I understand, that this is a quite hard task, that I'm asking for (and that this question may eventually be closed). However, you have proven so far, that you're able to make things virtually impossible, so I dared to ask again.

It's taken from a helicopter. Here's how I've confirmed this:

The photographer's name is Seth Jaworski, as mentioned on the Jetphotos.net page. Googling his name yields a video showing how Seth flies out on a helicopter to take photos around Sydney airport. 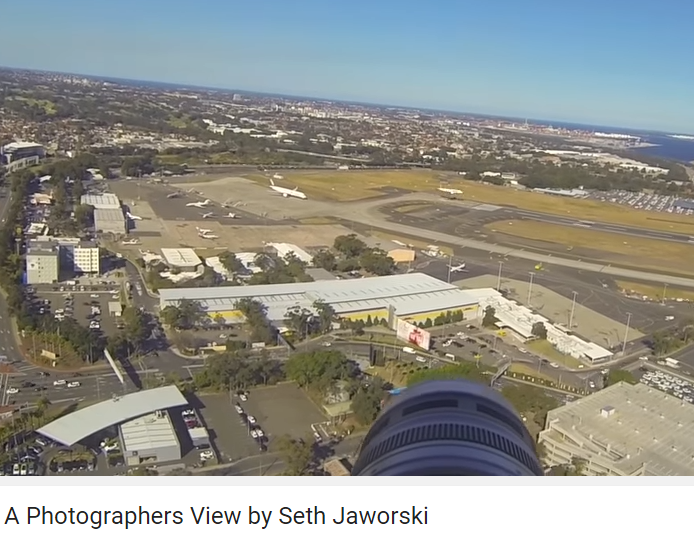 Not the answer you're looking for? Browse other questions tagged australia where-on-earth identify-this sydney or ask your own question.

13
Identify a WWII-time building in Belgium