Where can I eat a cobra (or any snake) in Hong Kong?

I was reading a travel article by Nick Tosches in Vanity Fair on his search for opium dens in Asia. One section stood out for me:

Cobra soup—the more venomous the serpent, the more potent the tonic; gelatinous and steaming and delicious beyond description—garnished with petals of snow-white chrysanthemum. Later, amid the crowded stalls of the night market, we watch as an elderly Chinese man hands over a small fortune in cash to another elderly man, a snake seller much esteemed for the rarity and richness of poison of his stock. The snake man pockets the money, narrows his eyes, and with a studied suddenness withdraws a long, writhing serpent from a cage of bamboo. Holding it high, his grasp directly below its inflated venom glands, its mouth open, its fangs extended, he slashes it with a razor-sharp knife from gullet to midsection, the movement of the blade in his hand following with precise rapidity the velocity of the creature’s powerful whiplashings, which send its gushing blood splattering wildly. Laying down the blade, the snake man reaches his blood-drenched hand with medical exactitude into the open serpent, withdraws its still-living bladder, drops it into the eager hands of his customer, who, with gore dripping from between his fingers onto his shirt, raises the pulsing bloody organ to his open mouth, gulps it down, and wipes and licks away the blood that runs down his chin.

I have tried time and again in my travels around Asia to find any place that sells snake, without any luck. So I'm looking for advice here:

While Hong Kong has long banned dog and cat meat and has strict rules on importing many meats of wild life animals, snake meat is commonly seen in winter in different restaurants that bear the name "Snake King". Served in a sticky soup, it is believed to warm your body.

About.com states that Kowloon is probably the place to go:

A favourite winter warmer in Hong Kong, snake soup is considered somewhat of a gourmet dish. Most of the city’s snake meat is now delivered chilled or frozen from China, but to try the meat and the soup at its best you need to have it fresh, which means braving the handful of live snake restaurants that still exist in Kowloon. Here, you pluck your favourite python or cobra from behind a cage and watch him slither to the chopping block, with more unusual snakes attracting heavier price tags. The soup comes with the snake shredded inside, although, if you’re braver, you can try sliced snake in a host of other dishes. As it seems with almost all exotic meats, many say it tastes like chicken.

But probably the most useful article (for you) comes from the Wall Street Journal which lists contact details AND a price:

The article was written in 2010, so there's still a reasonable chance it'll be around.

I found an article on SFGate that gives details of a locality in Kowloon (emphasis mine):

And that's where Kweilin, in Kowloon's teeming Sham Shui Po, comes in. Known far and wide as Snake Street, it's the place to find the freshest snake in town. How fresh? Fresh enough to try to get in the first bite. Part of the fun of a Kweilin Street visit is watching a waiter trying to wrestle a 5-foot python toward a chopping block.

UPDATE: I didn't have time to look up Snake Street in Sham Shui Po. Instead, I found a restaurant called Ser Wong Fun (30 Cochrane Street) in Central. If you keep following the path of shops to the left of the Central-Mid Levels Escalator, you'll come across this place as Cochrane Street is parallel to it; Ser Wong Fun is near the base of the one of the escalator legs. It is (supposedly) mentioned in the Michelin Guide (or something related to Michelin, there was a newspaper clipping in the restaurant), and it's not that expensive. 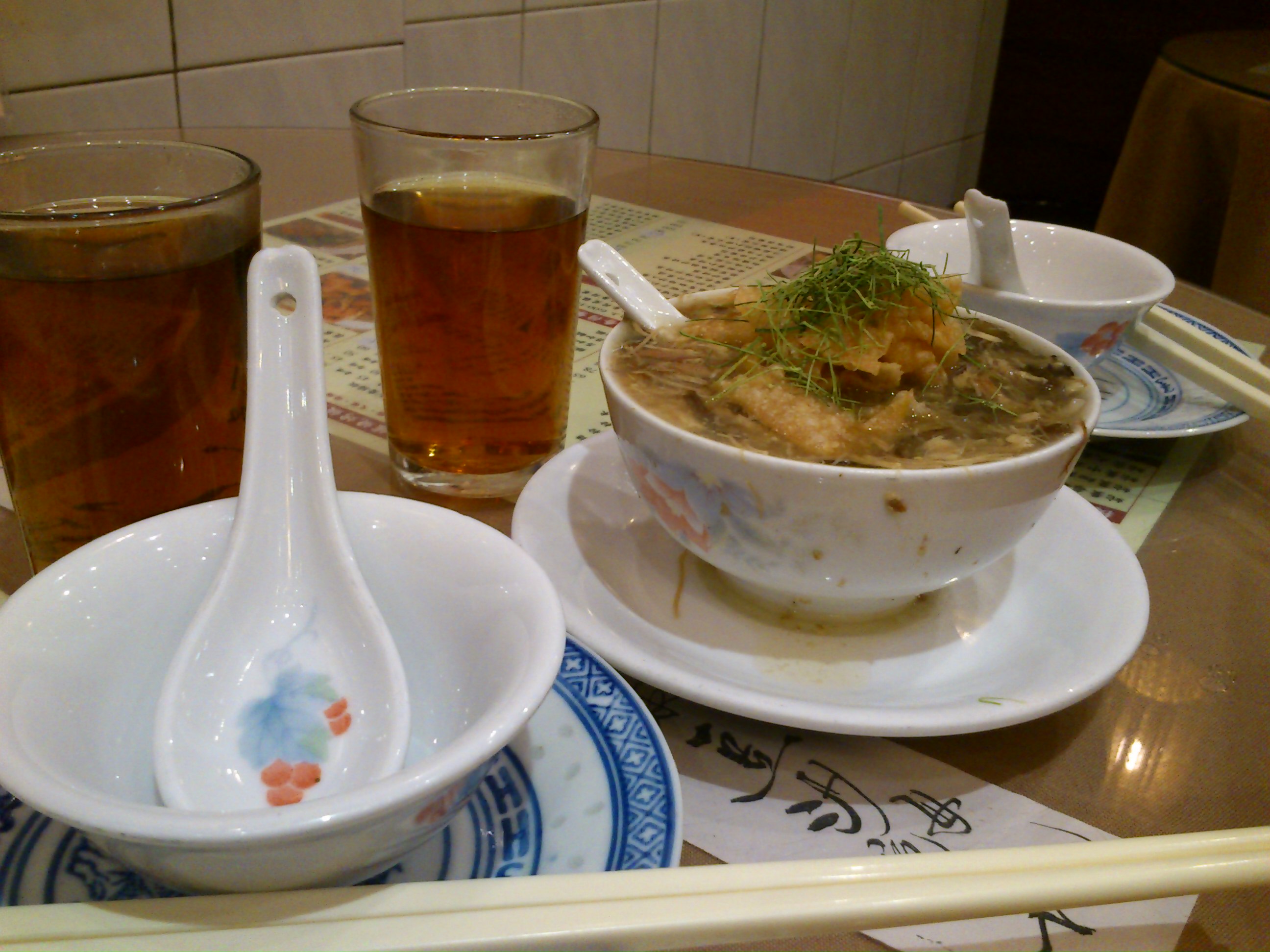 A 'five-snake' soup cost 100 HKD; I asked the owner what kind of snakes were in it, but she didn't speak much English, from what I can gather, it was an assortment of garden snakes. So my quest to eat a cobra is still alive!

My friend came up with a list of other restaurants in Hong Kong which also serve snake; again, we didn't have time to explore those options. I include these two for the sake of completeness in case the research helps someone.

This restaurant is famous for snake soup.

Not the answer you're looking for? Browse other questions tagged food-and-drink hong-kong or ask your own question.