Malpensa Aeropuerto – Gallarate by bus — where and how to buy tickets?

I need to travel from Malpensa Aeropuerto (Terminal 2) to Domodossola (and beyond). I'm aware that there is a direct bus that is faster than the train, but it's only several times per day. Rather than waiting some 3 hours for the bus, I could get to Domodossola faster by taking the bus Autolinea “GALLARATE – MALPENSA – CASTELNOVATE” from Malpensa to Gallarate, according to this timetable. Where and how to I buy tickets and board this bus? I did find a notice that I believe to be about relocating the place to get off the bus from Gallarate to Malpensa Terminal 2, but I can't find information on where to get on the bus and where+how to buy tickets. Do I buy them on the bus, or do I need to pre-book somewhere?

(It's also possible to travel in a roundabout way including local buses and trains: for example, Trenitalia proposes I take a local train from Terminal 1 to Busto Arsizio Nord, then transfer to Busto Arsizio, take another local train to Gallarate. That seems slower and more cumbersome than either other alternative. Travelling via Milano Centrale is an enormous detour of more than 80 km).

There is a local bus from Malpensa to Gallarate. It is operated by a company called S.A.C.O.. It has a bus stop at the north west side of Terminal 2, which is not at the same place as the other buses. 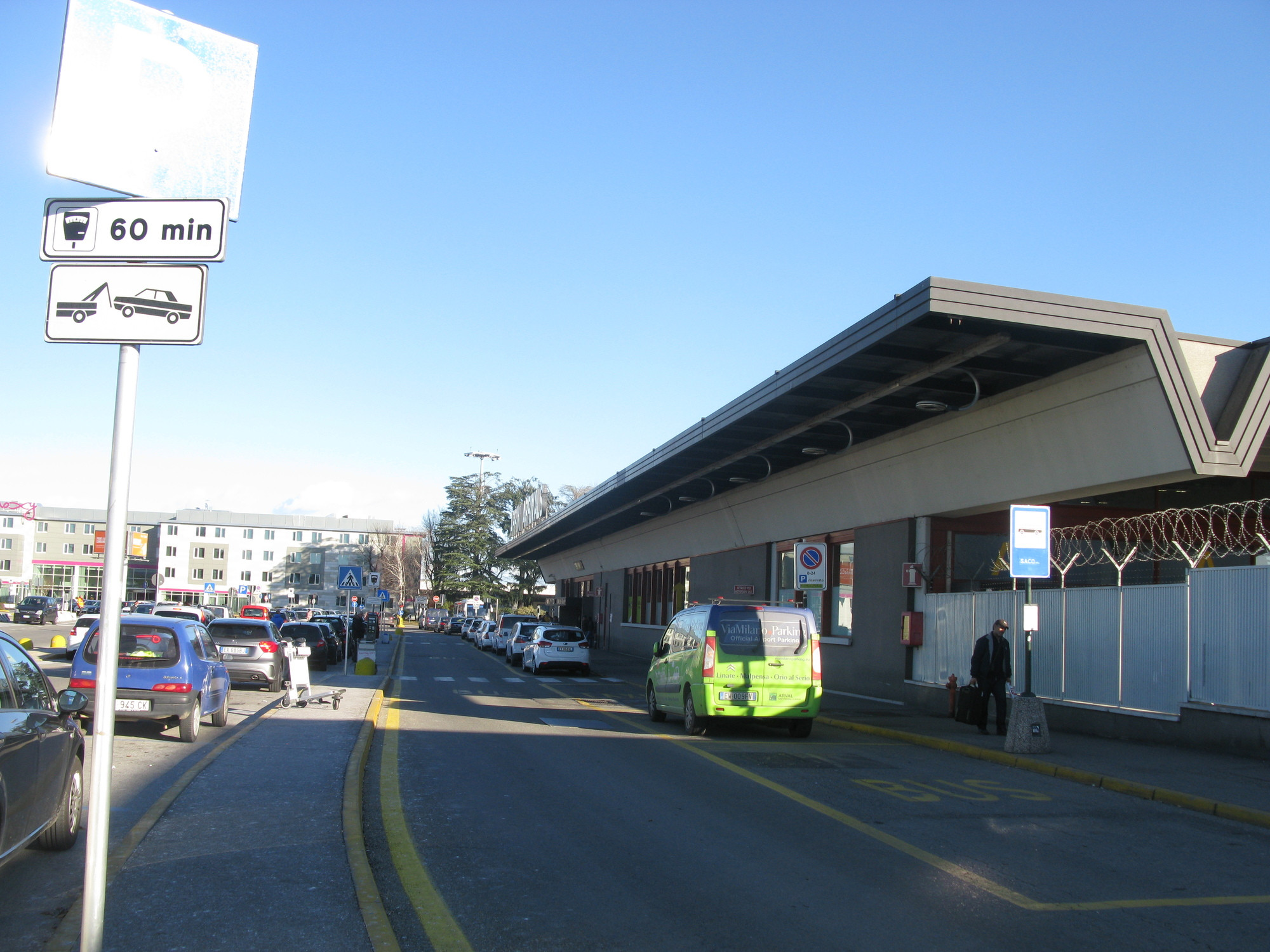 S.A.C.O. bus stop at the north end of Malpensa terminal 2.

These buses connect to the train station in Gallarate. In January 2016, I paid €1.80 and the bus took roughly 15 minutes. At the time, the applicable timetable was available here. It doesn't go very often.

Some of the Eurocity trains Venezia - Milano - Domodossola - Genève stop in Gallarate. I believe not all. In Gallarate, there are ticket machines to buy train tickets to Domodossola and beyond. They take cards (Visa, Mastercard, Maestro). There is also a staffed ticket office.

That is the bus company that provide direct transfer to Domodossola from Malpensa ( MXP ) airport :

If the bus schedule meet your needs , I strongly suggest to get it , better then change multiple transportation .

Not the answer you're looking for? Browse other questions tagged trains tickets italy mxp or ask your own question.

12
I ordered 'print at home' tickets at Greyhound, but cannot take print out before the bus time
8
Ticket for a day trip by train and bus in Skåne
8
Picking up Italian Trenord tickets booked online when departing from small train stations
10
Where to buy/top up public transport tickets in Lisbon?
5
Where to buy a TIM simcard in Malpensa airport?
32
Italy Trains - Buying tickets at a station with no ticket office and no ticket machine
2
Train and bus tickets between Tallinn and Tartu
1
Glasgow to Lochranza (Arran) - cheapest way to buy return tickets?