Cheapest destination for a white Christmas starting from Sydney?

What is the cheapest destination for a white Christmas, starting from Sydney?

To narrow this down:

There are two options, both roughly equidistant and neither an obvious winner:

Direct flights to both hover around A$1000 return, with cheaper options to both available if you're willing to route through a third country and/or use LCCs. Jetstar offers one-hop flights to Japan via Melbourne, Cairns and the Gold Coast, while Air Asia flies to various destinations in both Japan and Korea via Kuala Lumpur.

Low-cost airline Jetstar offers inexpensive flights from Australia to Japan, which certainly ticks all your boxes. A northern city such as Sapporo normally has snow around Christmas and will have many Christmas-related festivities and decorations. There are also some Christian churches, if you are so inclined. Citizens of Australia and New Zealand can enter Japan visa-free for 90 days.

Snow and ice can be found all year round in New Zealand:

The Fox glacier is a year round ice spectacular and one of the must do when visiting the South Island of New Zealand. Snow falls at the very top of the glacier all year round, which feeds the river of ice we know as the glacier. So even in summer you are able to experience this frozen beauty. 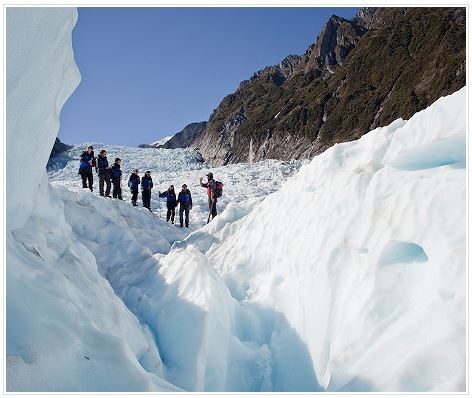 There is also Australia:

While the sun shines on beaches in the north, it’s snow time down south.

At the moment (early January 2017) there is snow in New Zealand. There happens also to be quite a lot of snow in UK just at present but here the odds round Christmas are a lot less than 90% and an air ticket likely around twice A$626.

Not the answer you're looking for? Browse other questions tagged budget destinations winter sydney snow or ask your own question.

6
What is the cheapest way to see snow from Singapore?
4
What is the cheapest travel destination in Central/South America (from Chicago)?
1
What's the most cost-effective destination for a four night trip from Berlin to a non-Schengen destination?
9
Train from Gold Coast to Sydney
3
Driving out of Sydney on Hume Highway (Canberra/Melbourne) before Christmas Eve
3
Options for getting around Sydney for Tourism