Is the direct connection from Helsinki-Vantaa Airport to the train line open yet?

When the Ring Rail Line to Helsinki-Vantaa Int'l Airport opened in July 2015, the Airport station wasn't ready yet and passengers had to be bussed in from the nearest station. Even when the station opened a few months later, the exit connecting to the terminal wasn't opened, so you had to keep using the bus or hike a good 500 meters to the exit at the "wrong" end.

The direct connection was supposed to open in "early 2016". It's now January, is it open yet?

And I can confirm the escalators and lifts are also open from the airport direct to the train platform. 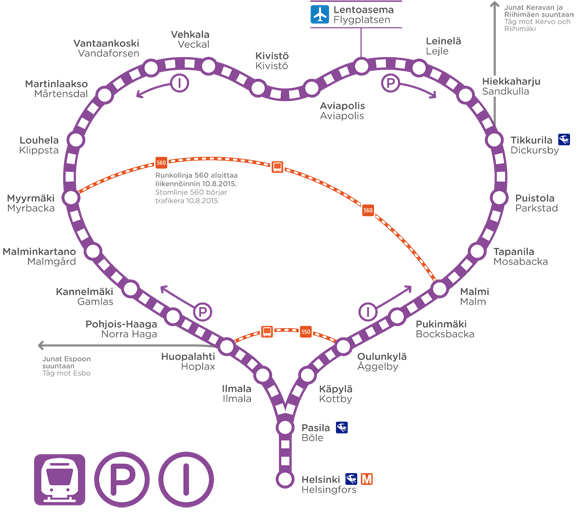 Yes, it's open! The escalator between the terminal and the station is still not ready (latest estimate "spring 2016"), but on December 18 they at least opened two elevators that connect directly from the walkway between T1/T2 to the station.

Not the answer you're looking for? Browse other questions tagged airport-transfer train-stations helsinki hel or ask your own question.