Where are these unusual rock formations rising from the water?

I came across a random image and saved it because of the intriguing rock formations... 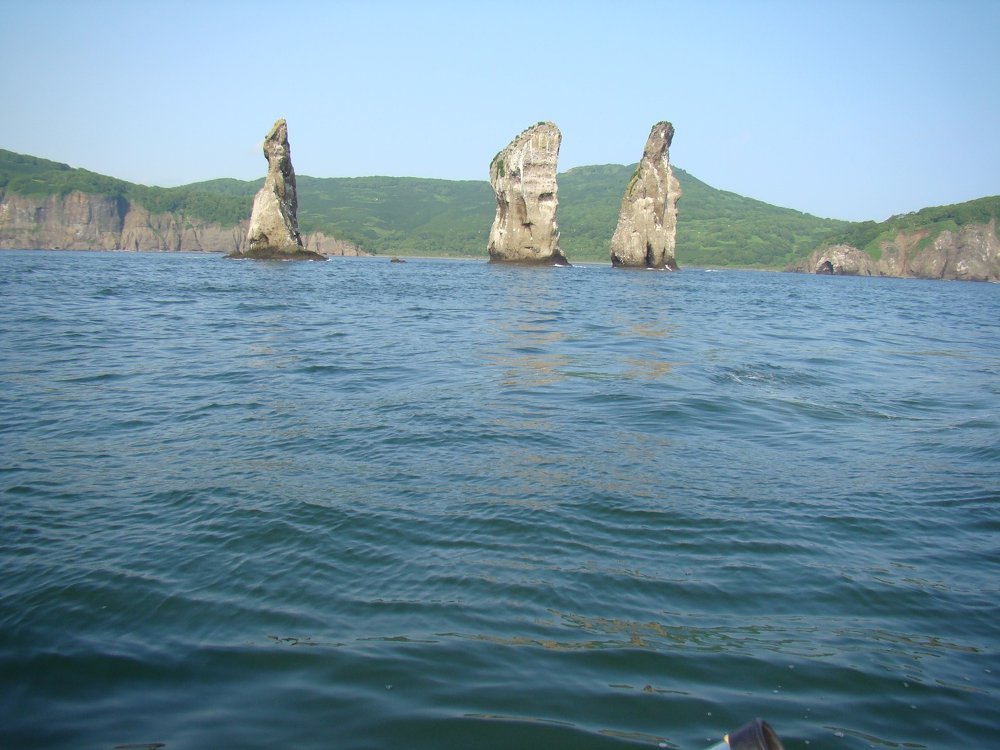 The EXIF metadata is well populated (the photo was taken in July 2011 for example), but contains no latitude/longitude coordinates. I reversed Google searched, and then used 'tin eye'. Both of these came up empty.

I also uploaded the image to the chatroom and someone suggested that it might be around the Isle of Wight, but those formations are long and slender. The cliffs look similar to Dover's, but the colour is wrong. I think overall the foliage is wrong for the British Isles.

Notice on the right a rounded structure, possibly man-made or possibly leading to a grotto.

Question: has someone seen these rocks previously who can nail down their precise locale?

These look a lot like the Tri Brata sea stacks in Kamchatka: 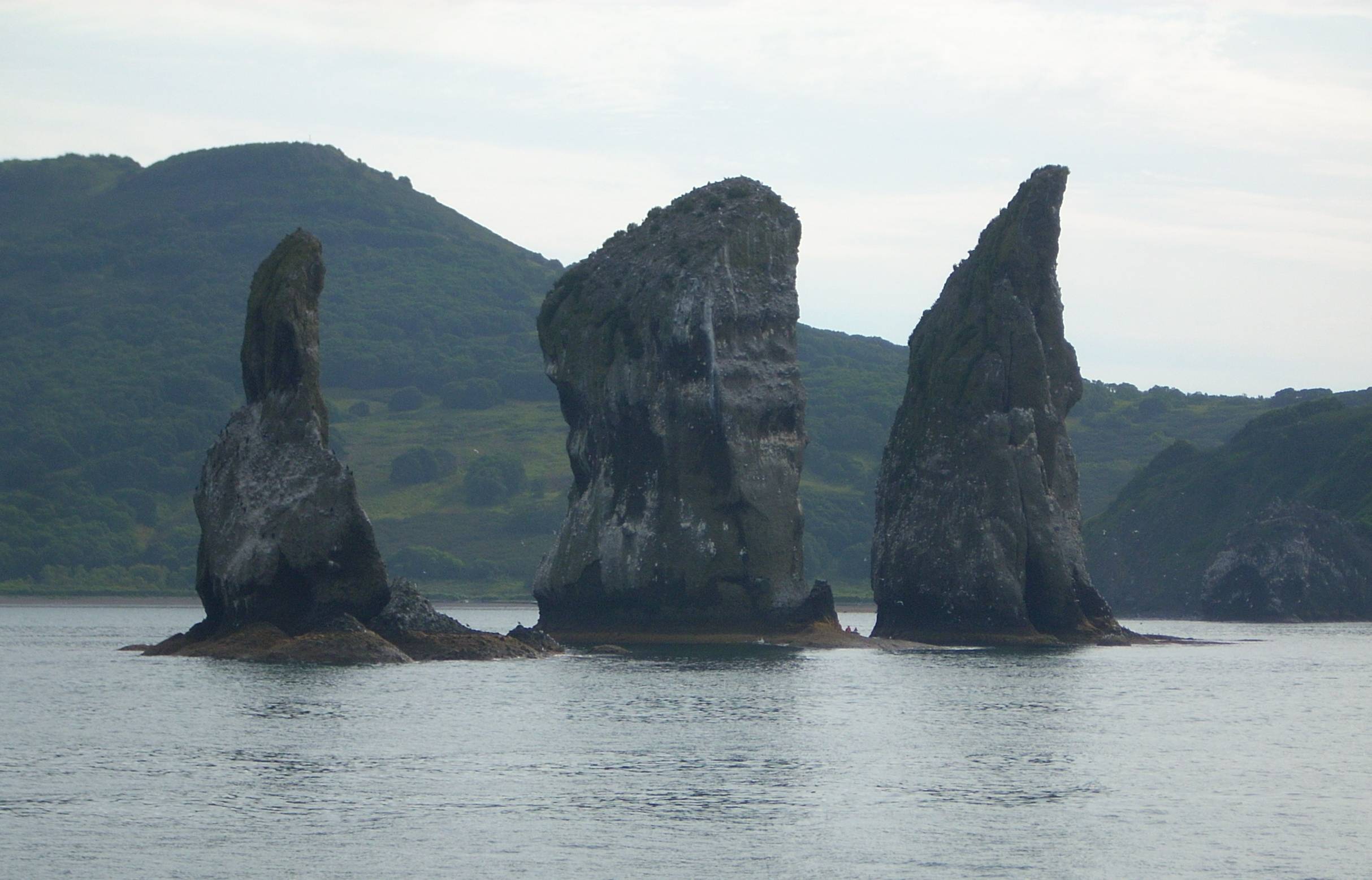 Picture from Wikimedia Commons, originally uploaded by Gistereziz to the Russian Wikipedia and released into the public domain.

The photo in the question is clearly taken from a somewhat different angle. But the shapes of the stacks match very closely, as do the striations on the middle stack and even the shape of the mountain top in the background. I'm willing to bet that these are the same rocks.

(Remarkably, the Wikipedia page on the Tri Brata was the first link I clicked in their list of sea stacks, after finding my way to that page from the Twelve Apostles link in Mark Mayo's answer! I thought the correct site might be listed on that page, but I totally did not expect to find it so quickly.)

Not the answer you're looking for? Browse other questions tagged where-on-earth identify-this coastline or ask your own question.