Can I trasport a small set of tools with me in the airplane?

I was given a small set of screw drivers. A set of 8 bits and a plastic cable.

Can I transport that in hand-luggage?

I will be flying inside European Union. 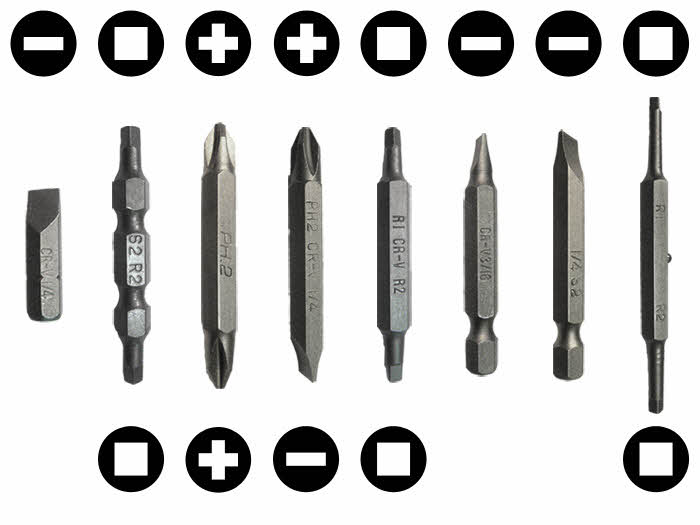 The list of prohibited items drawn up by the EU doesn't mention screwdriver bits explicitly. I would not take this to mean that screwdriver bits are indeed allowed in your hand-luggage. Rather, these regulations are often left vague enough so as to allow the airport security staff enough wiggle room to rule on a case-by-case fashion. However, the linked document has an entire paragraph on workmen's tools which includes all of the following in the list of items forbidden in hand-luggage:

d. workmen's tools (tools capable of being used either to cause serious injury or to threaten the safety of aircraft), including:

An over-zealous airport security staff member might consider as either screwdrivers, drill bits or both, and thus might disallow you from carrying them on the plane in your hand-luggage. As usual, to be safe, I'd put these in my check-in luggage.

For completeness sake, note that TSA allows screwdrivers of length ≤ 7in to be carried in hand-luggage: 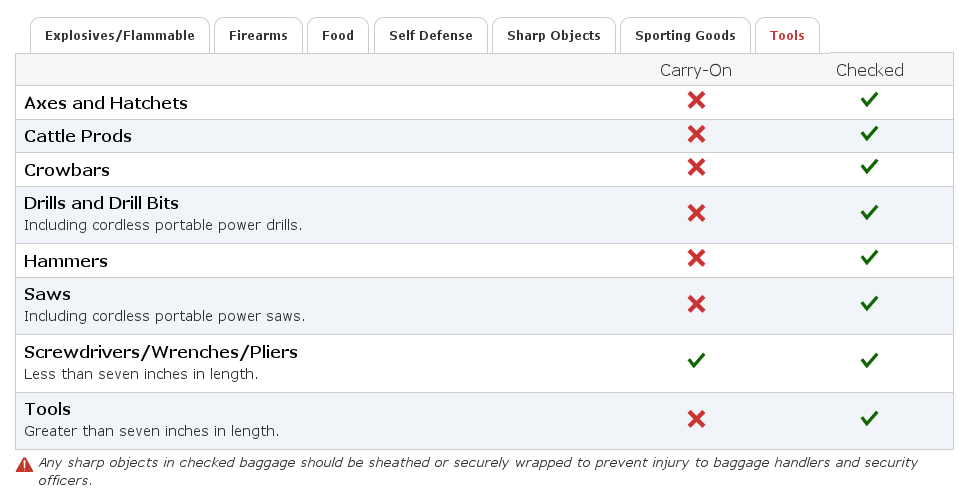 Once again, if the value of your screwdriver bits is too high to risk having them confiscated at the airport, I would check them in regardless of what the regulations say. Better be safe than sorry.

I was given a small set of screw drivers. A set of 8 bits and a plastic cable.
Can I transport that in hand-luggage?
I will be flying inside European Union.

Not with any certainty of their not being confiscated, regardless of what rules may or may not say.

I have had more innocuous items than that confiscated (not in Europe).

FWIW, if it was in a pack pocket surrounded by coins and other small miscellaneous metal paraphenalia then a medium size Swiss Army Knife might make the trip from London to Paris undetected.(Or may not).
(As may happen if a passenger discovered that they were carrying it only after their main baggage had been checked*.)(Don't ask me how I know). That being the case, the same may apply to a very small toolkit. If this did happen the passenger would probably want their awareness of the tools inclusion to be plausibly deniable.

Not the answer you're looking for? Browse other questions tagged air-travel legal airlines hand-luggage or ask your own question.

5
Can I bring a skillet with me as a carry-on item?
2
Eastpak backpack as small luggage with Ryanair?
2
Can I travel with Ryanair with a DSLR special bag as second hand luggage?
5
Transporting fragile ceramics in carry-on with Ryanair
8
Can I transport a hairdryer in my hand luggage in Europe?
11
Can I carry a chef's torch in hand luggage?
6
What can be done with hand-luggage for which no cabin space is left?
3
Taking a sail batten on a plane
2
Are there any restrictions for bath salts (magnesium flakes) in hand luggage flying within Europe?
2
Can a full plastic bag be checked in as luggage on an airplane?