Is it safe and practical to visit the Northern Territory?

After watching "Australia" by Baz Luhmann and following the NT News on Twitter, I'm thinking of visiting the Northern Territory.

However, I've heard about flooding in the NT and I'm wondering whether it's a good idea to do so in the next couple of days.

I tried looking at smartraveller.gov.au but it doesn't provide travel advice for Australia itself, and the UK equivalent didn't seem to post any updates for the recent flooding - the most recent update concerned a change to the terrorism threat level.

Is there somewhere in the NT accessible by flight from Sydney, preferably Darwin, that is not affected by flooding, unable to accomodate tourists due to evacuees, or impractical to enjoy due to persistent bad weather?

The Northern Territory is huge, and spans a range of climates from sopping-wet tropical to bone-dry desert. The current floods (Dec 2015) are primarily around the Daly River/Waters region, several hundred kilometers south of Darwin, and both Darwin itself and the tourist hubs of Alice Springs and Uluru (Ayers Rock), over 1000 km to the south, are entirely unaffected. All three have direct flights from Sydney.

All that said, it's The Wet right now in NT, meaning the tropical bits get a lot of rain even when it's not outright flooding. Down at Uluru though, it's summer and thus very dry and hot.

This photo is from today, as can be verified by the copy of the NT News I'm holding, and in the background is the mostly dry Todd River. 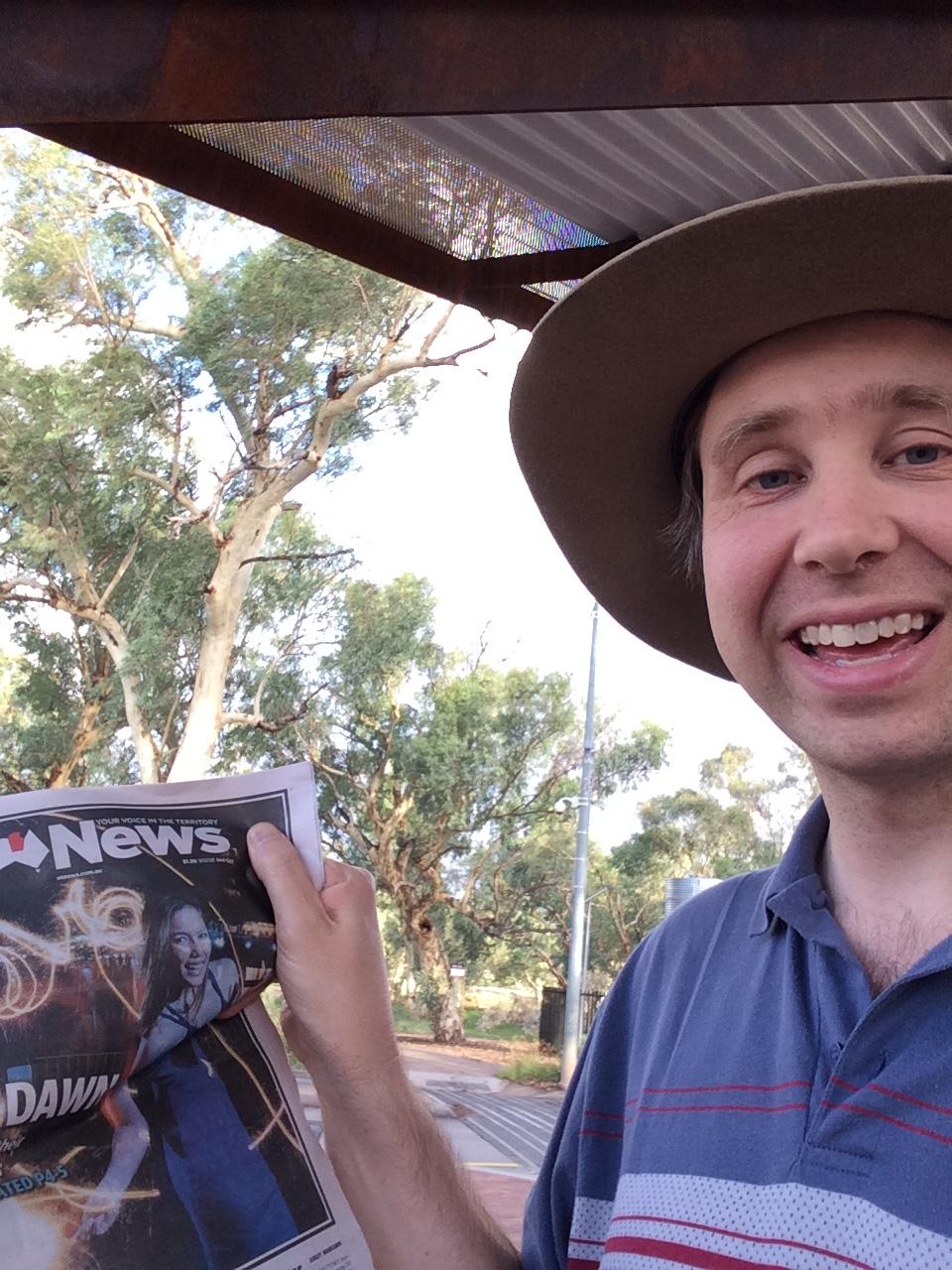 Not the answer you're looking for? Browse other questions tagged safety australia event-based-effects northern-territory or ask your own question.

27
Is it safe to travel in Greece during the riots about government spending cuts?
5
Is it safe to visit Peru?
12
Is Morocco currently safe to visit despite the Ebola outbreak?
13
Is it legal/safe to visit the Calais border crossing?
11
What are the borders of the Ti Tree Fruit Fly Exclusion zone in Australia's Northern Territory?