Do the bus routes in Paris follow a regular pattern?

I will be in Paris soon and I consider an 'unlimited' day pass for public transport. But I would like to know a bit more about the bus lines.

When having a day pass for public transport in a city it is fun to just jump on a bus and see where it takes you, but it is easier if you can guess what kind of pattern the buses follow.

Someone explained for London that most buses go either east/west or north/south and very few combine those, so to go north-west you travel north first and then change on a west bus or go west first and than change to go north.

In Amsterdam the trams are like the spokes of a wheel or the frame of a net and most buses go round in circles to connect points on the spokes, with a few buses following the tram network. So from the central station which is the start point for the trams, you follow the spokes and if you are in one point of town and want to go to an other without going to the main station, you look at buses.

Do the buses in Paris have a pattern?

Inside Paris (the municipality, which is basically the same thing as zone 1 on transport maps) and in the innermost suburbs, you can go everywhere with the metro (and in places RER), but buses provide a useful complement to get closer to some destinations or if the trip by metro would require a detour and changes. There's no real system. Most bus lines cross the city, but not in a straight line. For long distances (say going halfway across Paris), buses are typically much slower than taking the metro even if the metro requires a connection; unless you want to see the sights, you'd usually not stay on a bus for the most part of its route.

Lines number 1–14 are the metro, 20–99 are Paris inner city buses, and ≥100 are suburban buses. Some suburbs also have buses operated by different agencies with their own numbering system. Lines T1, T2, etc. are tramway lines, using the same fare as buses.

Within Paris, there's no particular numbering system. There used to be a system where the first digit indicated one endpoint, from 2x terminating at Saint-Lazare to 9x terminating at Montparnasse. But that wasn't ever much help: if you're at Montparnasse and want to go to Saint-Lazare, do you take the 28? You can, but the 95 is quicker. You can still see traces of this system, but the latest evolutions haven't kept the first-digit rule. For example, the April 2019 reform created a line 25 in the south-east very far from Saint-Lazare, shifted 24 so that it no longer runs between Saint-Lazare and the south-east but instead between the center and quite a bit further south-east than before, and many similar changes.

There's a hub-and-spokes system in some suburbs, where you take a train or metro to a stop and continue by bus. The lines tend to follow commuter patterns; I can't think of a place that has a gridlike system with north/south and east/west lines. You shouldn't expect the kind of organization that's typically found in Germany in Switzerland at least, and I think in the Netherlands too: if the train is scheduled to arrive at :00, the bus is scheduled at :01, and the train is two minutes late, don't count on the bus waiting.

All the metro stations have a network map, but bus stops don't these days. All bus stops1,2 and all the buses1,3, have at least a line map like this one. The line is all flattened, so this gives a poor idea of local geography, but you may recognize some familiar names here and there. You should be able to get a paper copy of the Paris bus map with major streets in manned metro stations. Maps are of course available on the web, in the RATP app and in many other apps.

Apps can also show you the expected arrival time of the next bus (except on some suburban lines). Most stops also show this information. Inside the bus, the name of the next stop is normally shown on a display near the center of the bus and announced vocally, but these systems aren't always working and are sometimes out of synch, so pay attention to where you are or ask the driver if you aren't sure.

Directions like “northbound/eastbound/…” are never used in Paris, all signs list endpoints (and occasionally major intermediate stops, e.g. most suburban RER stations have clear indications of which platform to go to for Paris). So you will need to check a map if you only have a vague direction in mind rather than a precise destination.

1 At least inside Paris, I'm not sure if this applies to all suburbs.
2 Temporary stops due to construction may not have a map.
3 Except when they don't, for example when a bus is reassigned to another line in a hurry.

While there does not seem to be a real pattern, the lines have been designated to make their itinerary clear. All bus lines are numbered from 20 to 99. The two figures forming the number of the line each represent a neighborhood in Paris. So when boarding any bus, you can guess if it goes to the neighborhood you want. Some itineraries changed since the network was built, but it still works in many cases. For example, 9x buses terminate at or go through Montparnasse.

I am still curious of the colors for each bus line so if anyone has an explanation please share it (I suppose it is the color of the metro line they follow, I don't have anything better yet).

For the bus lines, Wikipedia lists the neighborhoods.

Also, one should note that the bus and metro networks are not particularly designed to be complementary, some bus and metro lines being very close to each other. Until 2015, connection from one to another were not possible with the same ticket.

I had a look at a bus line map, the one in this PDF, and did not see a system.
But often it is the regular users who can easily point out what visitors miss seeing. Or it is buses in a certain pattern that are much more frequent than buses that go against the grain. 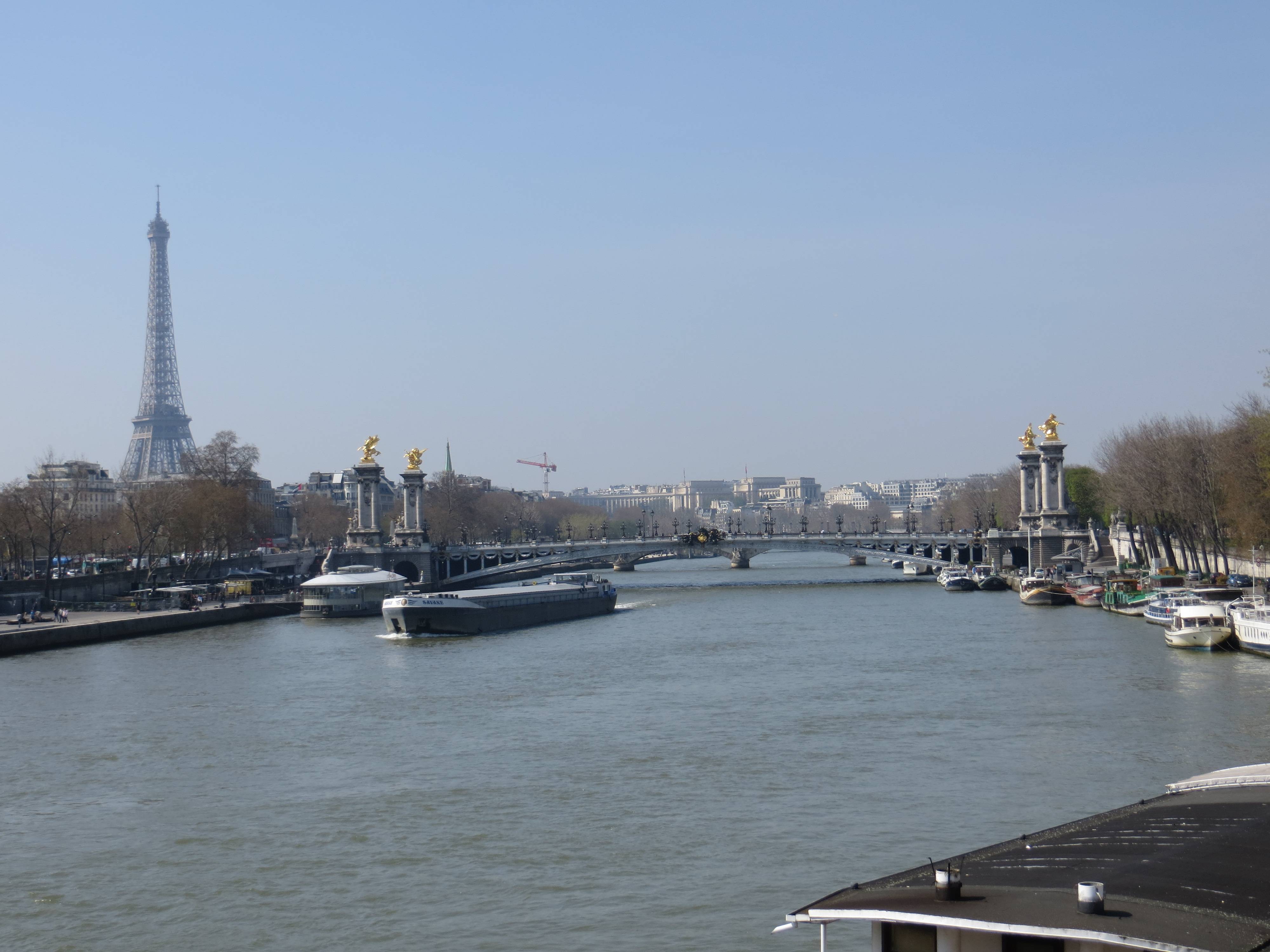 Unforseen stops on the bus (end of service) can get you some great photos.
Photo by Willeke, free to use.

The best I can say for now is that most buses seem to connect far away points, traveling through the center of the city in more or less random almost straight routes, that intersect at times.

Having used the buses in Paris, I would say that most buses in the central part of Paris cross the center and often spread out into the outlaying areas. And I have to say that the company is rather likely to take buses out of action, two times it took two buses to get to where we wanted to go, even then both times we needed to walk the distance of two stops to get where we wanted to go.

In peak times the buses often get stuck in traffic and while they have right of way part of the routes the buses do tend to go in uneven patterns due to traffic holding some of them back. Time indicators at the stops help but they are not always accurate.

For planning purposes, also for disrupted services due to work and such, use this interactive map. If the settings have reverted to metro, there is an option to get buses at the top left, just on the map itself.

Not the answer you're looking for? Browse other questions tagged buses paris factoids routes or ask your own question.

12
Can I use only buses in Paris instead of the Métro?

16
Paris Gare du Nord to Gare Montparnasse, by public transport but without lots of walking?
6
From Tallinn harbour to the main bus station
14
Is there a Paris equivalent of London's Oyster Pay-As-You-Go?
13
Which is the longest route/train travel possible?
9
Where in Tbilisi can I get very early morning public transport towards Azerbaijan?
10
How can I get information about bus lines between towns within Poland?
7
Public transport ticket in Paris
3
Multimodal routing in the UK - what sites/tools?