I’m transferring between two Air France flights in Paris CDG airport. There is plenty of time between flights so I plan to go to a lounge but I can’t find a map with the location of lounges, or at least a description where they are (i.e. "near the gate XYZ").

Can somebody explain (or post a map) where are AF lounges in Terminal 2F and E (gates K or L)?

The Air France webpage on lounges has a pretty detailed description of lounges in Terminals 2E: 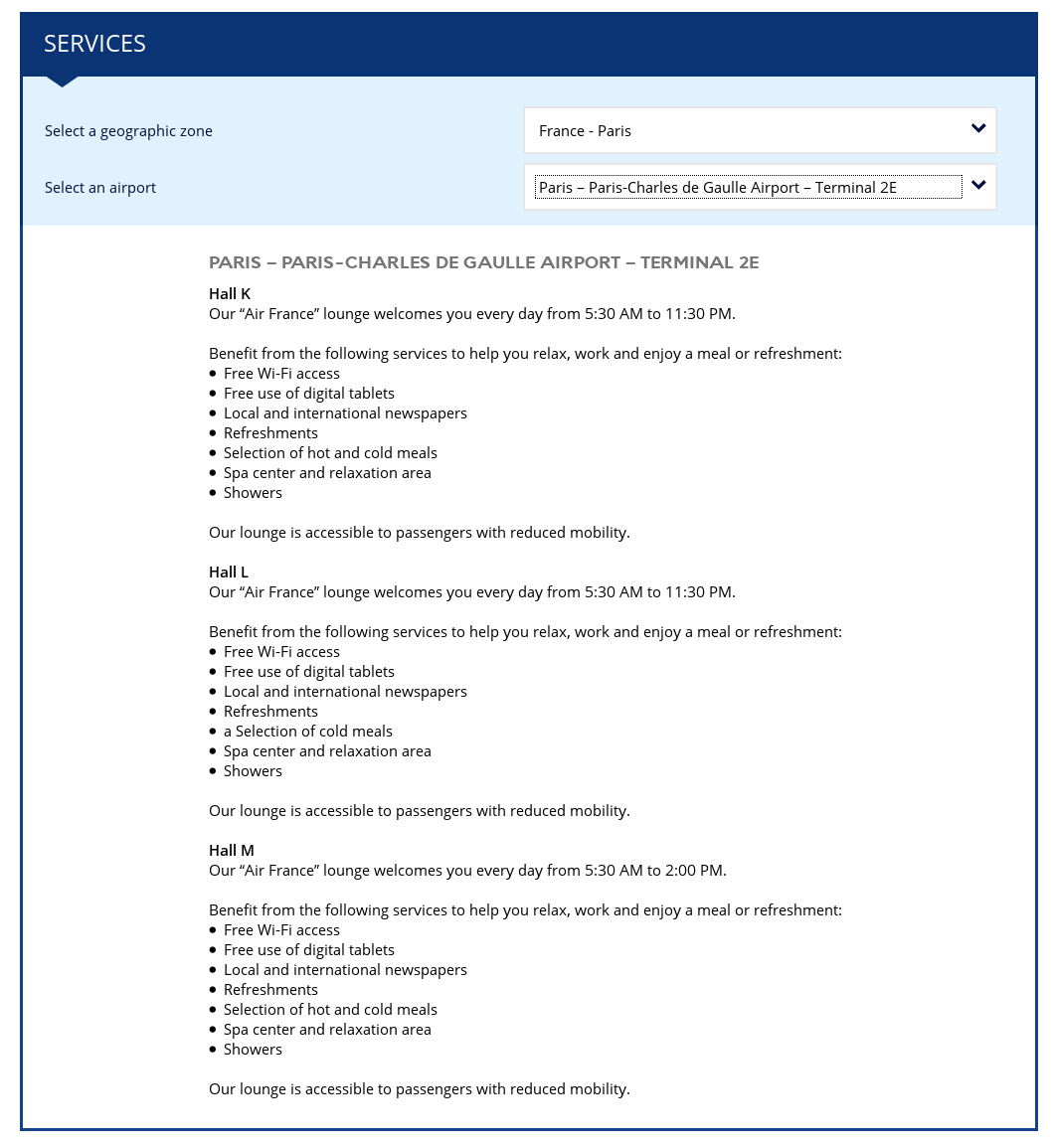 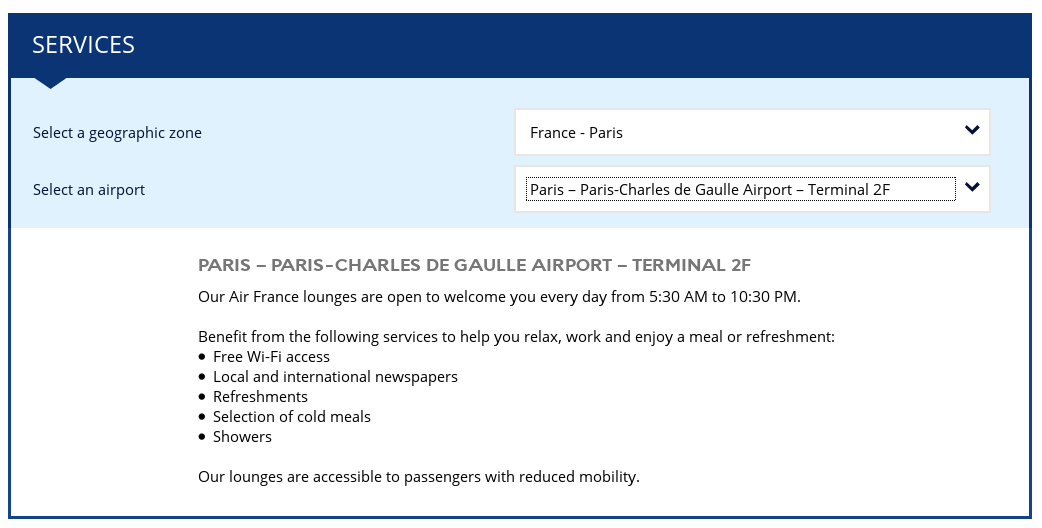 More details can also be found on the Easy CDG website (in French).

Lounge Index also has a list of lounges at CDG, with a description of their location. According to this website, there are two Air France lounges at CDG, one at Gate F41-56, and another at Gate F21-36. Their webpage on the lounge at Terminal 2E doesn't say where it is nor how to reach it. I wish I could quote the location description from the website, but they blocked highlighting and right-clicking (geniuses). 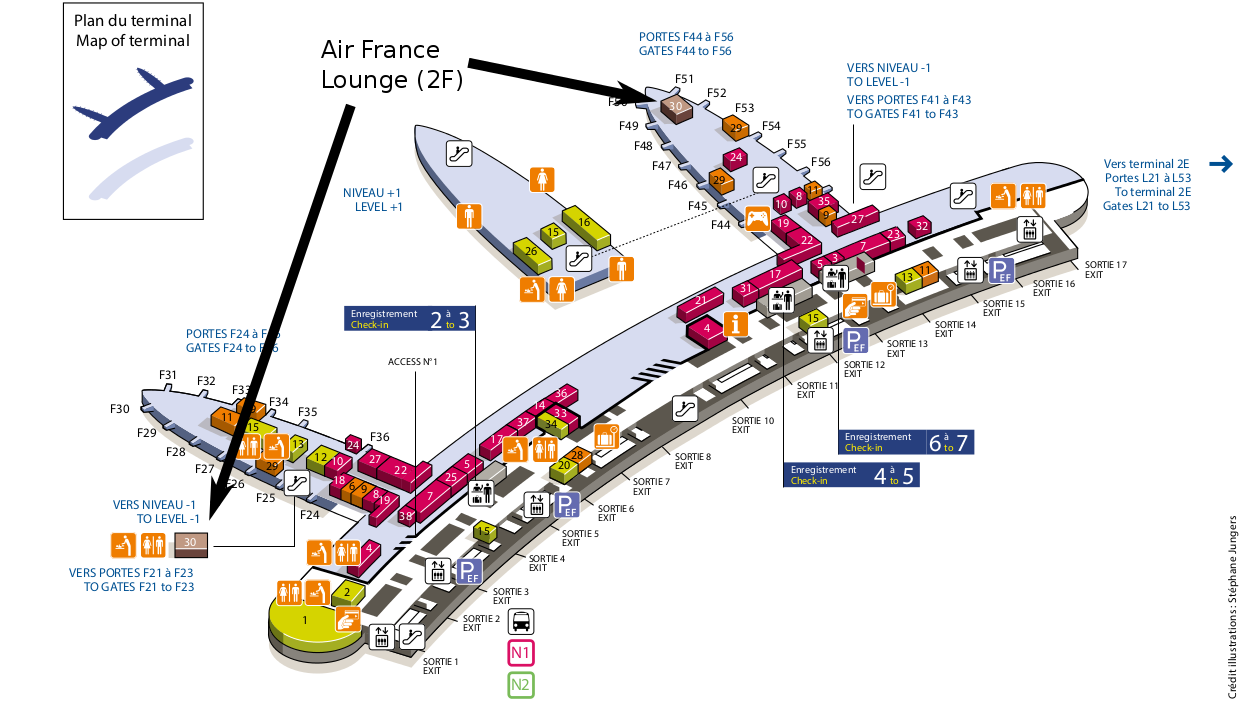 The Air France Lounges in CDG T2 terminal E gates L (first satellite) is on the upper level of the central part of the building, where security and access to the light rail transfer shuttle is.

When coming out of security, you'll have elevators on either side to get you to them. 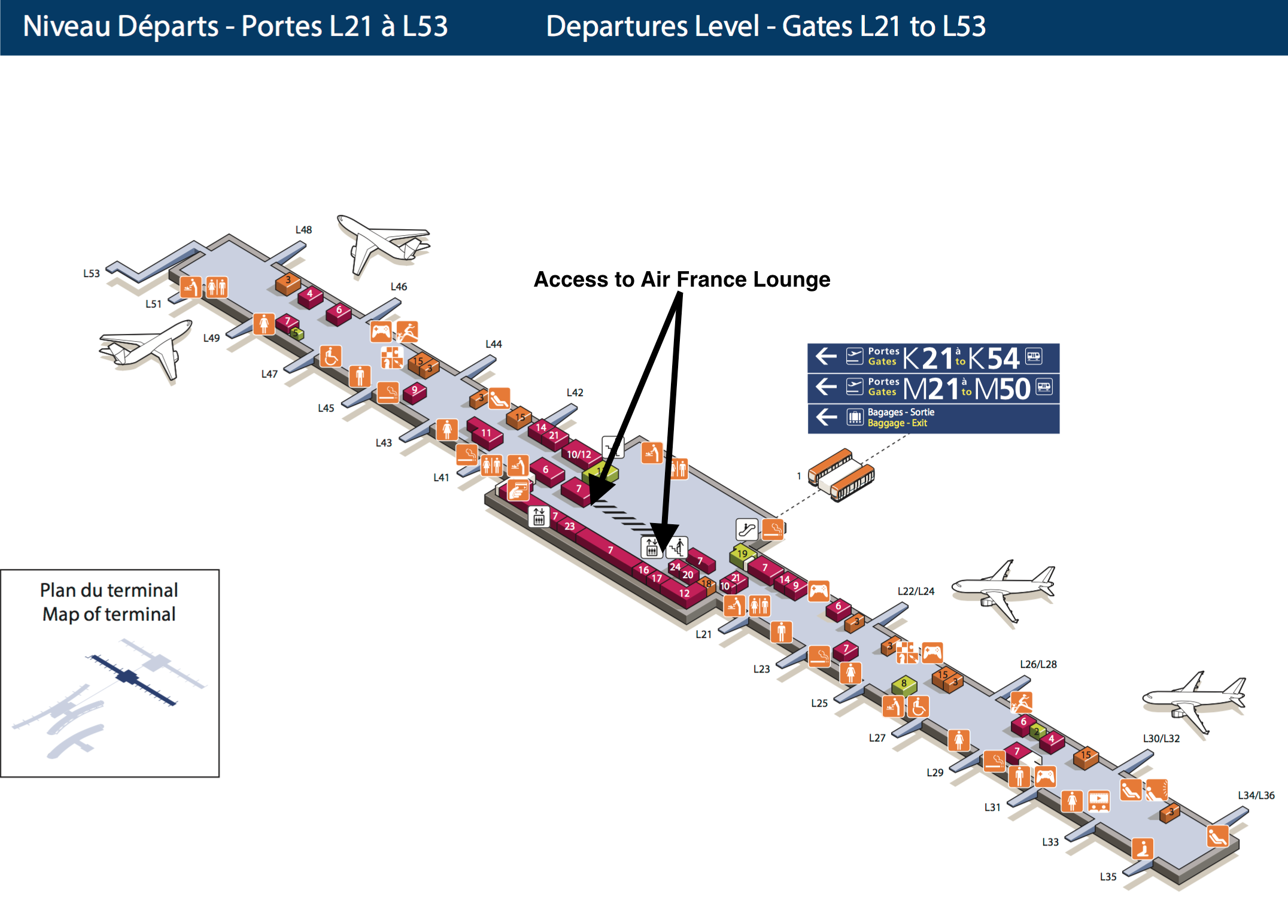 Even though this is supposed to be one of Air France's flagship lounges, don't expect anything like Singapore Airlines, Cathay Pacific or even British Airways Lounges in their respective main hubs.

Not quite sure where the lounges are for the K and M gates. For M gates, I would expect a similar location in the central part of the building, though I can't confirm it.

JAL provides the best map, only one listed in hall K though:

Not the answer you're looking for? Browse other questions tagged cdg lounges air-france or ask your own question.

5
Best OneWorld lounge for a shower at London Heathrow Terminal 3 (LHR)?
24
Are there any drinking water fountains/taps in Paris Charles de Gaulle airport?
4
First port of entry a Schengen Visa (connecting flights)
6
Is it possible to meet my travel partner in terminal 2E at CDG prior to clearing immigration?
5
What's the fastest way to transfer from Terminal 2D to terminal 2E (M gates) in CDG airport?
1
2 Hours transit in Paris Charles de Gaulle (From USA to Spain)