We are sending our son to the east coast for part of winter break. My wife shopped for tickets using the flight aggregators we normally use, but they don't seem to allow searches for unaccompanied minors. Some prevent the search using the UI: 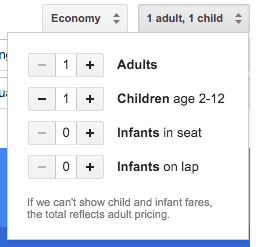 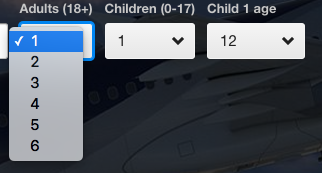 KAYAK allows you to select a child alone, but then stops the search with this notice:

KAYAK does not currently support searches for unaccompanied minors. We recommend that you check the minimum age requirements as well as what other fees apply for the airline you plan to book with, before you book.

Most airlines charge a full fare as well as require a charge for unaccompanied minors. Therefore, you may perform your search for an adult.

Fortunately, we fly out of small airport with limited options, so my wife went to each airline's website, got a quote and kept track on a spreadsheet. If the airline charged an extra fee for unaccompanied minors, she just tracked that too.

But why don't fare aggregators allow passengers to compare prices for children flying alone? Is it some sort of liability issue? Or is it difficult to get an accurate quote including additional fees?

My guess, because it varies from one airline to another, even for airlines in the same country. There is usually some sort of a nationwide limit, then the airlines can go more restrictive on defining "unaccompanied minor".

For the airline I work for, a passenger between 5 and 12 years old is considered UM, while another neighbor airlines set the limit to 5-11.

Now imagine a site that has to collect the information for most of the airlines around the world and then keep track of that in case of any change? including special fares and conditions for each airline, just too much work.

Also, most seats sold via agencies are consolidated tickets, I do not think airlines sell UM seats in bulk to be used by agencies (online or offline).

In addition to that there is a technical problem. Unaccompanied minors' reservations have special codes which are different from one reservation system to another, and since most agencies connect to airline's systems using GDS (think of the GDS as a webservice with limited types of transations allowed), I think handling this might be a techincal issue as well. Hence, many airlines offer the UM reservations by calling them directly, by visiting their office or via their own website.

Last but not least, and it's also a guess, airlines do not want to handle people's children via a third party seller.

KAYAK and other online systems do not know exactly how old your child is and therefore can not determine which rules apply and can not ensure that a booking would meet those rules for any specific airline. So it is better to simply not quote those fares (plus many airlines require you to call direct to arrange UM services).

Not the answer you're looking for? Browse other questions tagged air-travel usa children fares or ask your own question.

11
Can I leave the airport during an international layover if I am not 18 years old?

9
Round trip flight for me with wife sharing return flight only
4
Does Luton Airport have a blanket ban on unaccompanied minors?
5
Inaccurate information on multi-city search on Kayak
2
Which airline offer flying for unaccompanied children (below 12 years)?
2
What are "consolidator" fares in airline travel?
6
Plane ticket for infant
12
How to Reduce the Price of an Awards/Points 'Free' Flight?
1
Is "relatively low" flight prices plus "no fee for change" as good as it sounds?
1
Flight rebooking free (up to fare differential)