Can I have a Geiger counter in my hand luggage?

A local flight with British Airways

With all the ISIS threats I have the right to be paranoid and check my seat before sitting on a piece of Radium. 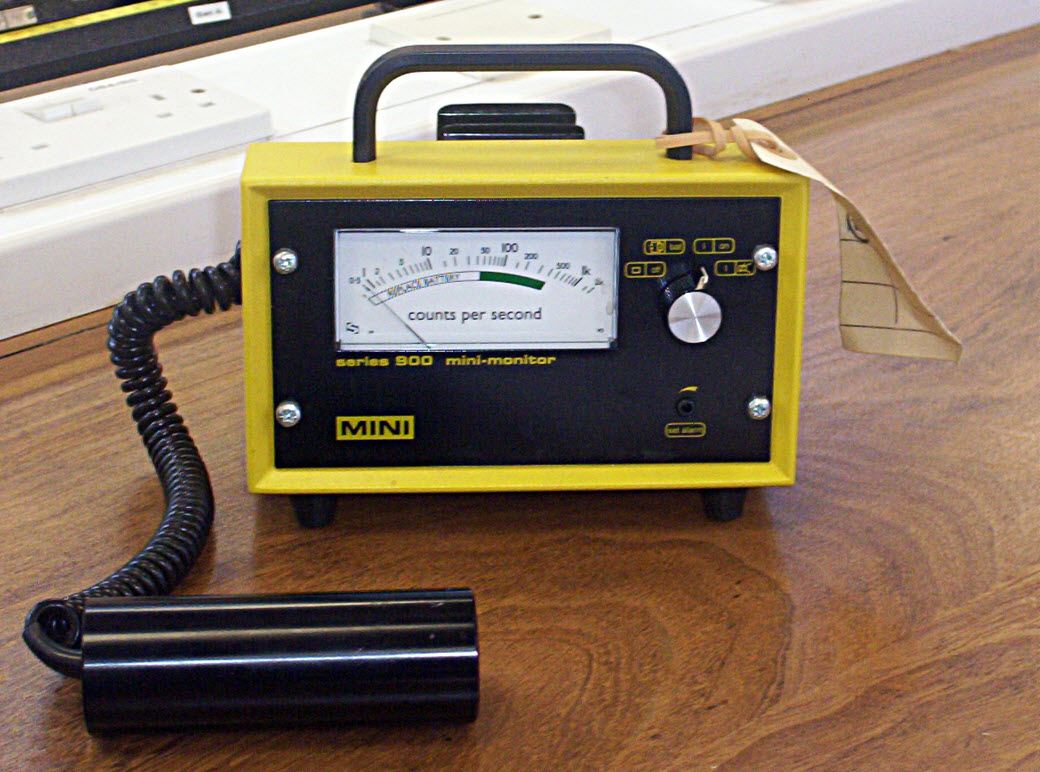 "Geiger-Müller radiation detector" by Boffy b is licensed under CC BY SA 3.0

This Has Been Done Before

Setting aside my personal opinion on the reason motivating you to carry a Geiger counter on a plane, you'll be happy to know that this has been done before. Indeed people have carried Geiger counters in hand luggage, according to a quick google search. Some had problems going through security, arguably because the product was home-made and could vaguely be confused with an IED. Others mention they had no problem whatsoever, and even managed to take some measurements in-flight. There is even a Health Physics Society QA post on the topic stating:

Q: Is it permitted to fly with a Geiger counter (Gamma-Scout) in the cabin of a commercial aircraft? I am flying the polar route to Scotland from Seattle this summer and want to see what the readings will be. I have not found any restrictions so far in the United States or on the German or Scottish websites, but want to be sure.

A: There are no restrictions on hand-carrying of electronic equipment such as video cameras, calculators, laptops, or Geiger counters, as far as I know. I have carried Geiger counters in my hand-carried luggage for over 20 years. The Transportation Security Administration often wants these items separated for x-ray screening inspection. I would normally recommend that a probe-type GM (Geiger-Mueller) detector be disconnected and batteries be removed from the case. Since the Gamma-Scout has no probe, this cannot be done. Also, the Gamma-Scout has no ON/OFF switch, so it cannot be turned off. However, I would want to be sure that the sound speaker is turned off. Clicking Geiger counters tend to make people nervous.

The general consensus across the linked webpages seems to be:

All in all security theatre might be a theatre, but it's not a joke. In fact there are people paid to take these matters very seriously. These people also have the final word when it comes to deciding on whether you are allowed or not to take certain items through airport security and/or on a plane. You might be right, they might be wrong, but they decide. You don't. Personally I would avoid attempting to deliberately provoke a reaction in airport security staff, airline personnel, and fellow passengers just for kicks, regardless of how senseless you might think that their reaction to a somewhat harmless Geiger counter on a plane might be.

Not the answer you're looking for? Browse other questions tagged air-travel legal airport-security hand-luggage british-airways or ask your own question.

15
Can I bring a shoebox PC in my carry-on bag?

10
“Only hand luggage is included”
2
Do I have to recheck luggage in Heathrow Airport transferring from a flight on Delta to British Airways?
11
Flights booked for 7 passengers, can the non-paying passenger cancel it?
11
Can I see which seats are available on a British Airways flight before I book?
31
Can aircrew order me not to stand in the aisle?
33
Can I pass through the airport security with a de-activated Bazooka?
18
My hands were scanned by a strange device during a security check at the airport. What was the purpose?
9
Lost luggage and inability to check in luggage until final destination
6
Available seat choices on British Airways flights